By JustNow (self media writer) | 7 months ago 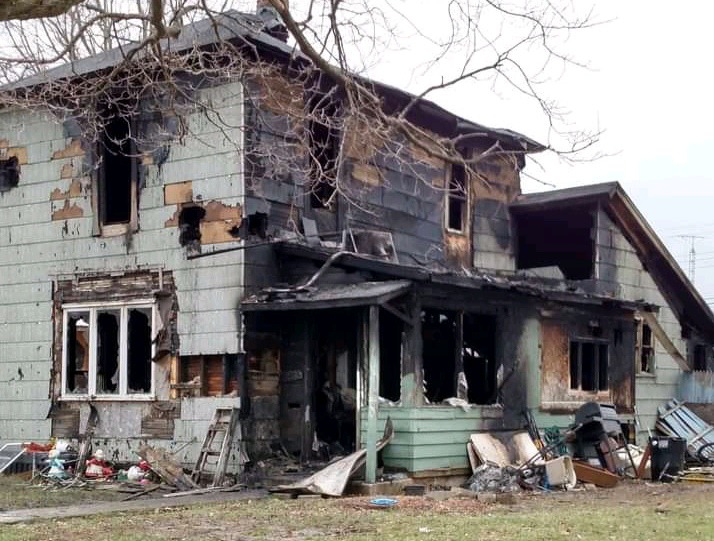 Following an argument with her husband, a woman set herself and her two children on fire in Kakamega's Lugari sub-county. Her third child managed to escape the catastrophe by jumping out of a window. The incident occurred in the Lugari constituency's Sirende village. Hellen Vuyanzi, 35, allegedly got into an argument with her husband, and police officers led by Lugari subcounty commander Bernard Ngungu counseled them. To avoid additional conflict, she came home, but her husband did not.

According to the police chief, Vuyanzi accused her spouse of cheating after she discovered he was dating another woman. According to Ngungu, the wife could have purchased gasoline and hidden it in the house before starting a fight with her husband. According to a neighbor, the couple have been feuding nonstop since the woman began suspecting her husband.

Vuyanzi and his wife had been married for 12 years and had three children, ages 11, 4, and 2. Stephens Okila, the deceased's brother-in-law, stated that he was away from home when his brother called and informed him that his house had caught fire. Andrew Otieno believes his sister-in-law may have given the kids sleeping pills before setting fire to the house. By the time the fire was put out, Vuyanzi and the two children were already dead. According to Otieno, Vuyanzi could have lit the fire with cooking gas and a mattress. According to Ngungu, investigations have begun.