Fredah Shibonje is a registered Midwife who studied in Inhumane Hospital between the year 1956-1958. Upon completing her education in 1958 in the hospital, she worked at the facility for a further two years which boosted her experience. 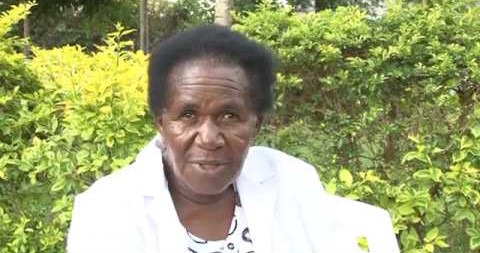 In the year 1961, Fredah flew back to Kenya and worked at Aga Khan hospital as a nurse. On 26th October 1961, she was mandated to go serve at the Labour and Nursery unit she ended up helping Mama Ngina Kenyatta deliver president Uhuru Kenyatta on 29th October 1961.

Fredah narrated the events that led to the birth of Uhuru Kenyatta on 29th October 1961 as it has always stuck in her mind. While on her normal daily duties, an expectant mother was brought in via a lift, which was always preserved for the dignitaries and special guests. 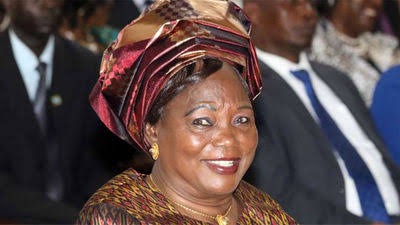 " I was humbled but a bit confused and unsure of what to do after learning that the woman I had assisted was the First Lady, " she narrated.

With time, she noticed that the people who accompanied Mama Ngina were Jomo Kenyatta and Oginga.

" At first I had not recognised them only to learn later who they were after I had assisted Mama Ngina, " said Shibonje. 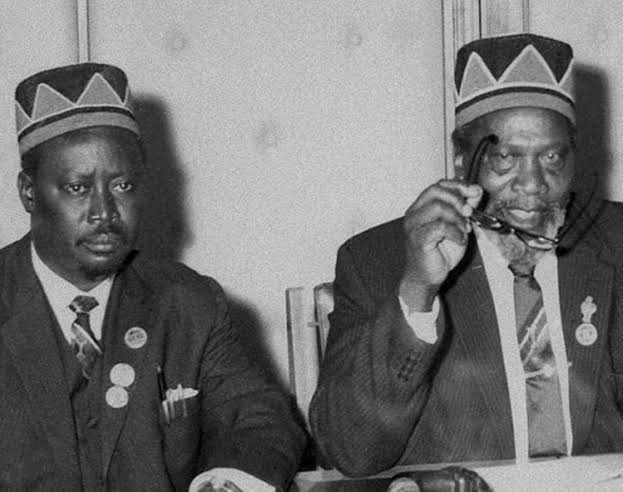 Shibonje was overwhelmed with joy as this was her first encounter assisting a dignitary in the delivery process.

Fredah Shibonje recounted the events that occurred during Mama Ngina's delivery process. According to her, the late president Jomo Kenyatta accompanied by Oginga Odinga was present during the 12-hour delivery process discussing matters of politics. 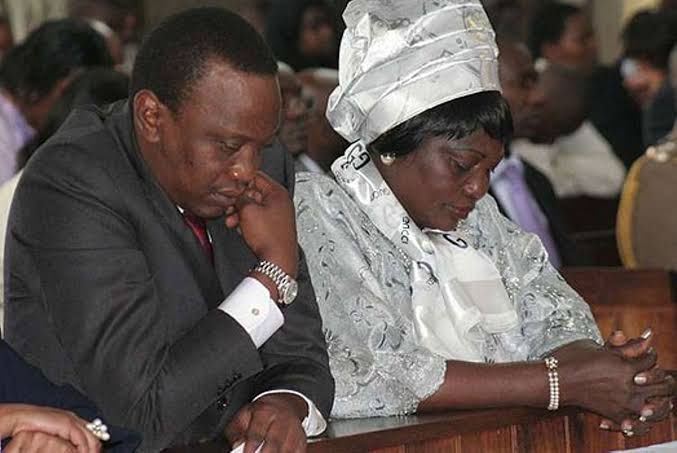 " At one moment, I took away the baby to clean it well and ensure it was safe and sound before handing it back to the mother who eagerly awaited to cuddle the bouncing baby boy, " she recounted the events.

Fredah didn't conduct the delivery process solely as she was helped by her colleagues. The team comprised of her, a senior gynaecologist and Naomi Muthoni.

Uhuru Meets Fredah 56 Years After He Was Born, Where Did They Meet?

Just like any other mother who comes to the labour room, Freeah never met Mama Ngina and Uhuru again. However, she actively hoped that they will one day meet. According to her, the chance of meeting Uhuru would be of benefit to millions of Kenyans as she would discuss impunity and insecurity witnessed in society.

" It is a blessing in disguise because I could get the opportunity to shake both Uhuru and Mama Ngina' s hands after a long time. Maybe, the president will be happy to see me after learning what I did for him many years back, " she said. 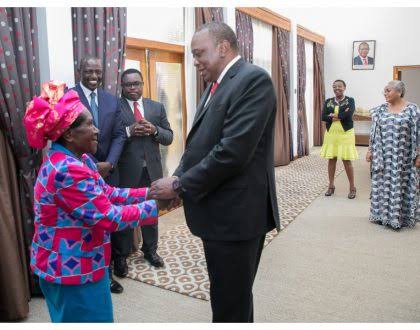 Upon the 2018 Mashujaa celebrations coming to an end, Uhuru Kenyatta got a chance to meet Fredah at Kakamega state lodge. This was a dream come true for Shibonje who finally met Uhuru 56 years later after he was born.

This is because Friday was behind the successful delivery of President Kenyatta at Aga Khan hospital back in the years.

" Whenever I see President Kenyatta on television screens, memories of the day I witnessed his birth come flooding back into my mind, " stated Shibonje. 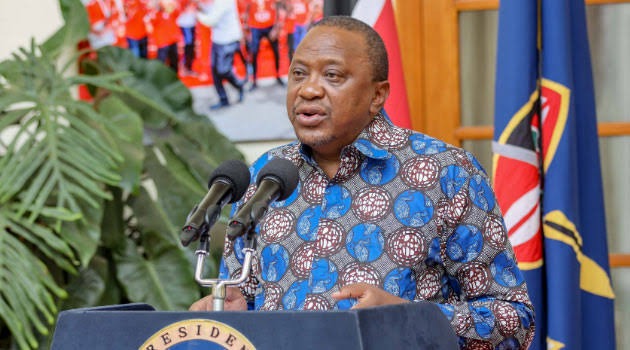 " As a mother, I have been praying and hoping that one day I will get the opportunity to meet him and shake his hand, " she added. During an interview with the Daily Nation, she described Uhuru' smother as a calm mother who barely said a word to the medical attendants.

What do you believe Uhuru should do as a show of gratitude to the midwife? Kindly share your thoughts concerning this matter, follow and share for future timely updates.

Content created and supplied by: Hot-News (via Opera News )