The directorate of criminal investigations has launched an investigation over the mysterious death of a DCI detective from Embu who is reported to have been found dead and dumped along one of the main roads in Kabranet.

According to the reports given by a reliable source of information, it has been revealed that the deceased who has been identified as Abdirahim Adow Abdullahi was found dead by one of the residents who alerted the police.

Reports given by the family of the deceased claimed that they are yet to find out what happened to the deceased who had been sent on an official duty.

While reacting to this incident, kenyans who took to their different social media accounts to express their opinions and suggestions on the matter have called upon the director of criminal investigations to conduct an investigation in order to find out what happened or rather who killed the deceased and for what reason.

According to the reports given by most Kenyans, they claimed it was so unfortunate that the directorate of criminal investigations is yet to do something about the death of the deceased despite the fact that they know that he was one of them.

Mary Munyu... This is very easy, he was working on a high end case and he ended up dead so i don't know what you guys are thinking about. The only person who might have killed him is one who knew about him and what he was doing where he was heading. 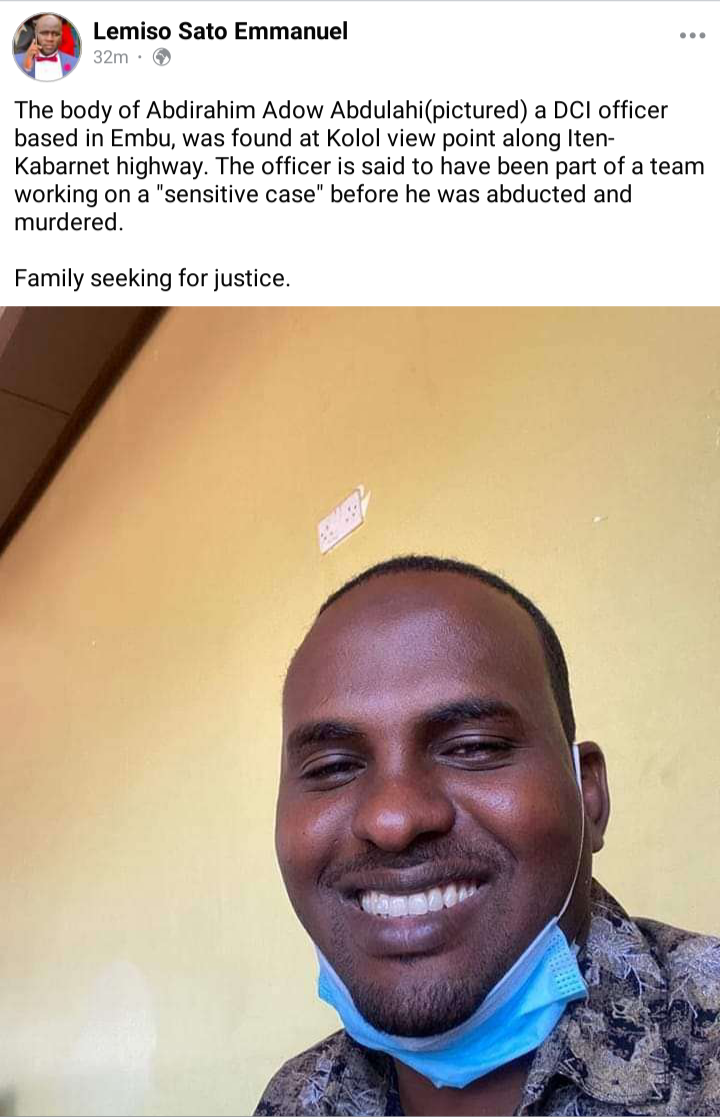