In thika,a man has been lynched by angry Mob after he was found stealing cooking gas and TV stand.

The man is said to have broken in the house using master keys.The incident happened in Thika's Biafra Estate. 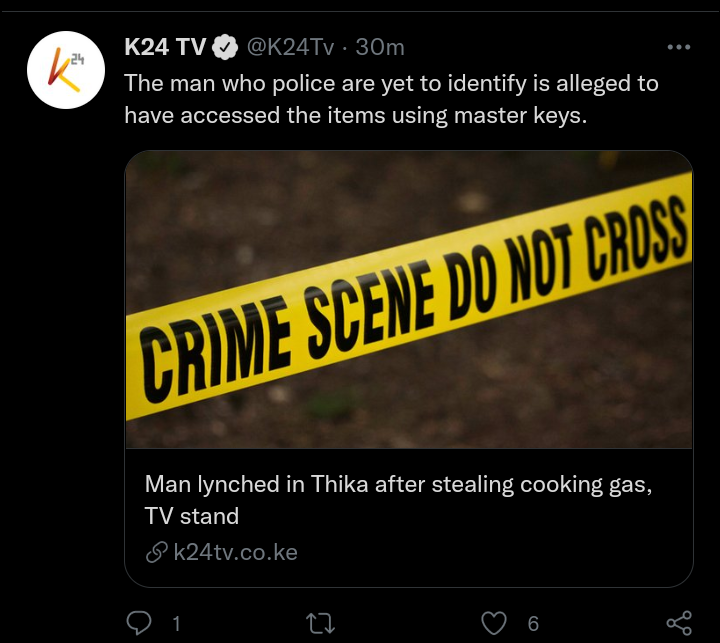 The middle man was found by the owner of the house stealing a 6kg cooking gas,a television and it's stand.The owner screamed and she attracted residents who responded quickly to the matter.

The residents were furious of his actions and they beat him brutally,they later set him on fire.

According to one of the witness,he said that the man is suspected to be a member of a gang in thika that is terrorising the residents.

However,the police officers arrived at the scene and they are yet to indentify the man.