Technician, 20, Found Dead with Deep Cuts on the Forehead Inside His House

By Owis (self media writer) | 6 months ago 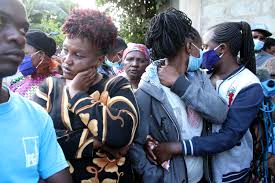 A 20-year-old technician was on Monday afternoon found dead with deep cuts on the forehead inside his house in Nairobi County.

Brief reports by the locals revealed that the deceased, a construction worker who doubles as technician, was allegedly hit on the head with a metallic rod on Sunday evening, only to be found dead.

Police in Nairobi County have since launched probes into the sudden demise of the youthful man whom the neighbours mourned as a quite man. 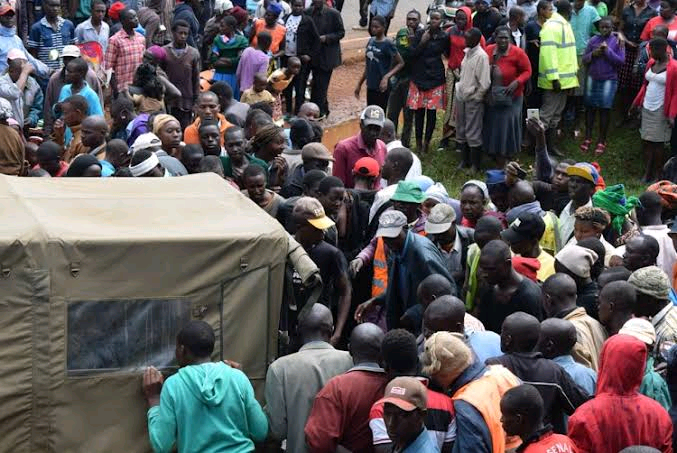 The area police boss said the man’s body was found covered with a blanket inside his house with visible injuries on his head.

The deceased until his death was a construction worker and technician.

His body was transferred to the Nairobi City morgue by police officers who responded to the scene.

The latest development comes barely four months after a 28-year-old man was also found dead in a guest room in Mlolongo, Machakos County.

Collins Chavera’s lifeless body was discovered sprawled on the bed in room four by lodging attendants.

The matter is still under police investigations. 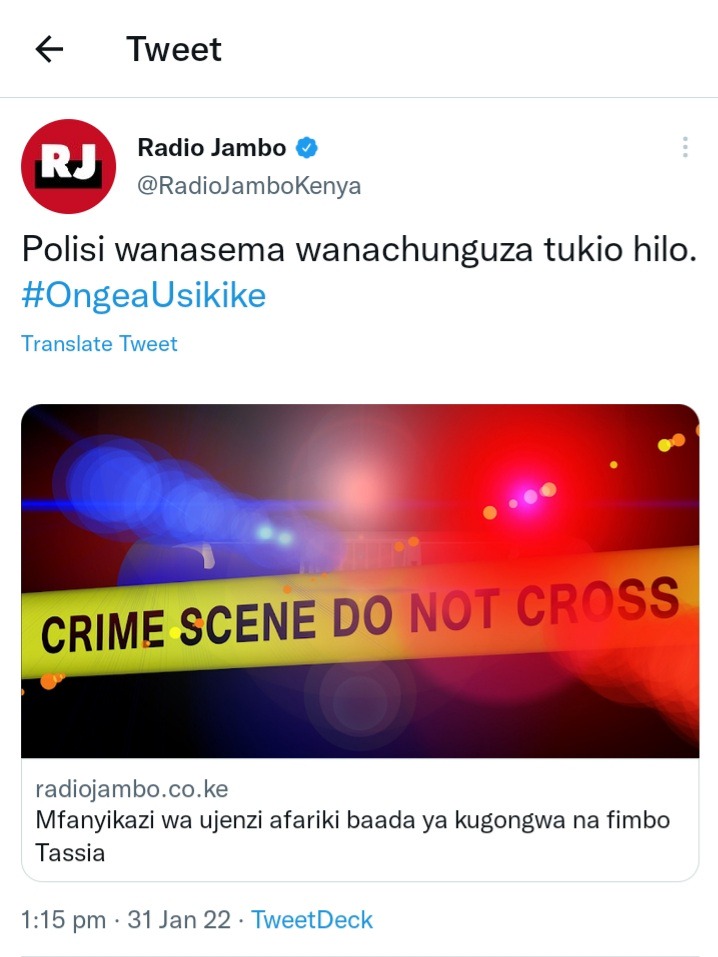 "We Have Paid The Price For Supporting Raila" Jeremiah Kioni Says