By KimaniOsoro (self media writer) | 4 months ago

Yesterday, reports emerged that a woman from Gatanga had killed her two children by poisoning them and then later hanging herself in her house. 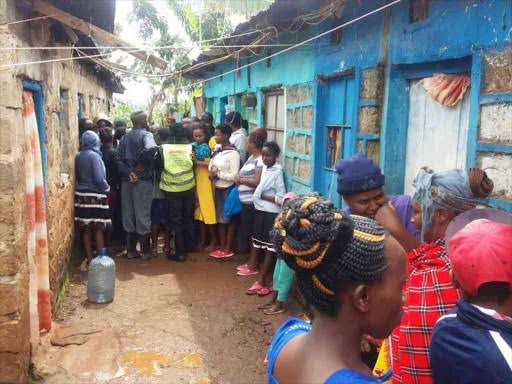 Neighbors have revealed the reason as to why the woman might have committed the heinous act of killing herself and her two children.

Mary Malombe, a resident of Kakuzi village in Ithanga, accused her husband, a Kenya Defence Force officer based at the Coast, of cheating on her.

Ithanga sub-county police commander John Ogolla said, "We suspect she poisoned the children only identified as Mbinya and Mawa and aged five and two respectively on Saturday night. She also left behind her ATM cards and a note bearing the PIN numbers."

A neighbour, Ms Mary Mueni, urged the government to invest in mental health saying some of the murders and suicides being reported in the country are a result of mental problems, "She looked disturbed and frequently quarrelled with her husband but nobody thought it would end so tragically." 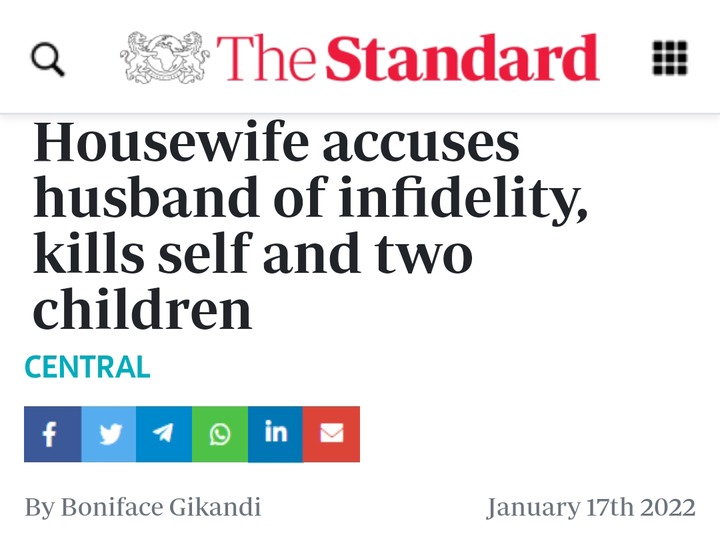