The National Police Service has released a dramatic statement over the disruption of Martha Karua's Rally that allegedly occured in Kisii.

According to the reports given by a reliable source of information, it has been revealed that the gas allegedly exploded after being thrown at the Podium where the wife of the former prime Minister of Kenya and Orange Democratic Movement party leader, honorable Raila Odinga was sitted with Martha Karua.

Addressing this issue, the National Police Service has revealed that they are currently investigating this incident in order to find out what happened or rather, who did this.

This is happening at the same time when the deputy president of Kenya, honorable William Ruto along with former president of Kenya have both called upon kenyans to make sure they stay vigilant ahead of the oncoming General elections urging Kenyans ro remain peaceful.

While reacting to this incident, kenyans who took to their different social media accounts to express their opinions and suggestions on the matter have called upon the inspector General of police along with the director of criminal investigations to conduct an investigation in order to arrest the suspects who were involved.

According to the reports given by most Kenyans, they claimed that it was so unfortunate that the government is yet to do something about the increasing cases of chaos in different political rallies all over the country despite the fact that the country is heading to the general elections in a few months time. 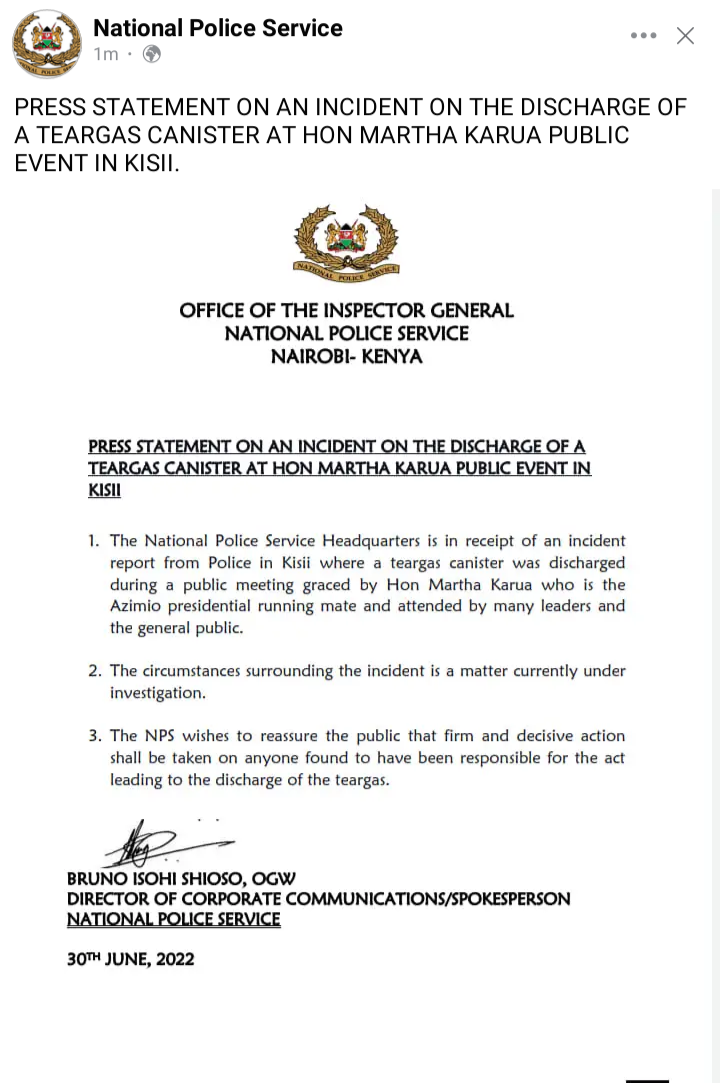 Drama At the Bomas of Kenya, Azimio Politicians Locked Out as the Verification of Results Underway

Commotion At The Entrance Of Bomas Of Kenya As Politicians Are Locked Out, Security Doubled

All Eyes at Bomas of Kenya as Orengo, Nyongo, Amollo Among Many Other Make Grand Entry- VIDEO