By CommandNews (self meida writer) | 8 days 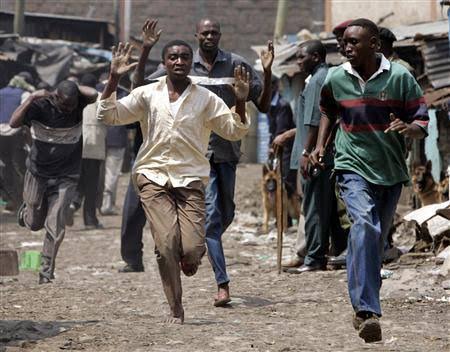 Just after the much-published deadly conflict in Laikipia West that attracted attention nationwide and the Government being blamed for its response, another similar attack has been witnessed.

According to reports, a very well-armed gang in Kulumbeni, Lugari Kakamega County has left the locals fearing and running for their dear lives after they attacked the said village mercilessly razing down fifteen homes.

It's reported that the conflict ensued after the villagers launched a suspect believed to be one of the gang members forcing them to retaliate.

This comes amidst an increase in community conflicts with the government in the Laikipia one, deployed the National Police Reservists, the Rapid Deployment Unit, the Anti-Stock Theft Unit, the General Service Unit (GSU), and the Administration Police with normalcy restored within the shortest time.

The police have arrested four suspects linked to the arson as man haunt and investigations are underway to ensure perpetrators are brought to justice. 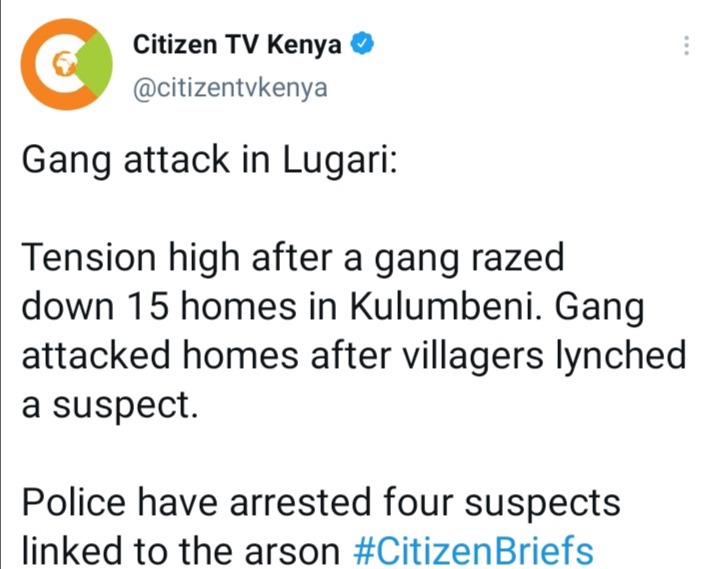 Manipulation In Dreams Is Real; Do These 5 Things To Break Free

DCI Nubs Lady Who Faked Kidnapping To Husband, Escaped With A Secret Lover To Defraud Him Ksh. 200K

IPOA Begins Probe Over Mysterious Death Of A Man In Machakos

A Married Woman Fake Her Own Kidnapping, Eats Ransom With An Alleged Cab Driver Lover