KPLC Announces a Long Electricity Blackout on Tuesday, April 13, Check if You Will be Affected

By KayaPawa (self meida writer) | 1 months 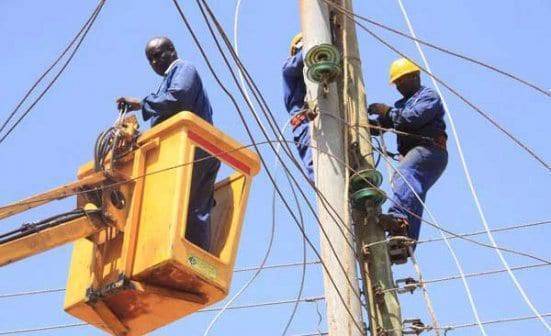 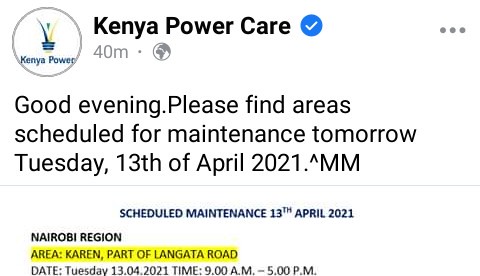 There have been issues affecting the Kenya Power and Lighting Company. One of the major issue being the fraud cases. In the latest news a man has been accused of personating to be a Kenya Power official. The culprit is said to have defrauded Kshs. 21 Million. He has been pretending that he would help another man who had been found guilty for engaging in illegal activities by Kenya Power. So the culprit promised that he was going to help him out in the KPLC court charges that he was facing only to steal from him Ksh 21M.

The man whose name was recognized as Josephat Amiti was today before the magistrate through virtual means. The magistrate Martha Mutuku read the charges against him but Amiti denied those charges.

It is said that on different dates from January 5th, 2016 to 5th of March, 2021, Amiti was in Nairobi pretending to be working for the Kenya Power. For this period, the accused managed to steal Ksh 21,266,718 from Francis Gachanja. While impersonating to be a Kenya Power official, he promised that he was going to help Francis Gachanja out of a case which he was charged by KPLC.

Amiti now has two charges, one for engaging in fraud activities and also charges for impersonating to be a KPLC worker. The aim of Amiti pretending to be a Kenya Power employee was to help him gain trust from Francis Gachanja. Gachanja believed that the accused was going to help him out of the case, little did he know that he was being conned. The accused was charged 3 Million cash bail.

Moving to the electricity blackout notices, the Kenya Power has scheduled a long power interruption in the following areas tomorrow.

Content created and supplied by: KayaPawa (via Opera News )

Cessation Of Movement, School Closure and Lockdown Should Be Effected Immediately (Opinion)