A legislator lost Ksh1 million a few minutes after he withdrew the cash from a bank in Narok County.

An Occurrence Book (OB) number shared on Friday, December 3, detailed that, Kuya Ole Kijabe, the Member of County Assembly (MCA) for Kimindet Ward in Transmara South, was followed by a black motor vehicle prior to being ambushed and robbed of the money. 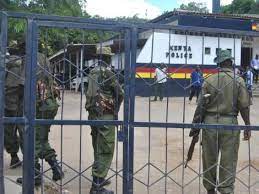 The MCA, while reporting the case at Narok Police Station, expressed that he was accompanied by his driver to the bank on Wednesday evening, December 1.

Ole Kijabe withdrew Ksh1 million at around 3pm on the said day, packed the money and his passport in a bag prior to requesting the driver to drop him at a nearby hotel.

"He went to the hotel and his driver parked the vehicle in the hotel parking yard as the MCA went to attend to his guests leaving the vehicle safely locked.

"Another vehicle, a black Nissan Note with unknown occupants parked opposite his vehicle but left a few minutes later. At the point when he went to pick the money in his vehicle, he found the same having been stolen," an extract of the report filed at Narok Police Station read.

Detectives assigned to the case, however, noted that eye witnesses captured the Nissan's number plate.

However, none of the eyewitnesses reported how the MCA's vehicle was broken into.

"The scene was visited by a team drawn from the Directorate of Criminal Investigation (DCI), yet no arrest or recovery has been made," the report added. 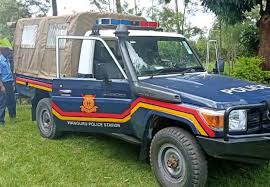 A manhunt was launched for the Nissan Note occupants. Reports additionally asserted that the police were investigating the case as an inside job, and were set to grill some of the bank's staff and the MCA's acquaintances.

The spate of bank-related robberies has increased in the past couple of months as the country gears towards the 2022 General Election.

On Tuesday, November 23, a bank in Kisumu was under siege in a heist that went on for more than four hours. The robbers escaped later on, without looting the bank and after exchanging fire with the police for hours.

Addressing Kenyans.co.ke, reformed convict, John Kiriamiti believed that the robbery might have been an inside job, executed by well-trained individuals. 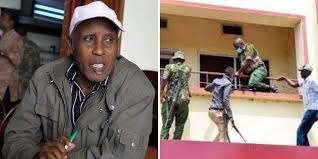 The motive of the Kisumu bank heist is still unclear.

Arteta 'We Will Defend Our Club With Teeth & Nail' Ahead Of Must Win Semi Finals Against Liverpool.

Millions of money used by Politicians in Kenya is unpredictable says Edwin Sifuna.