By TimesNowKE (self meida writer) | 22 days

The famous King Mswati III is the head of the Swazi Royal Family as well as King of eSwatini. Rising to power at an early age, he has since remained a venerable head of the monarch, which he inherited directly from his father.

Like his predecessors, the king remains an emblem of polygamy in the land. Mswati spent many of the early years of his reign bolstering the monarchy. His rule was autocratic and rife with corruption and excess. His penchant for a luxurious lifestyle for himself and his increasing number of wives and children became infamous and was a source of public discontent. Indeed, by his 40th birthday Mswati had taken more than a dozen wives, and their opulent lifestyles were in sharp contrast to the lives of most Swazis.

king Muswati appears to be trying to beat the record of his father King sobhuza ii who wed a total of 125 women during his 82 year reign.

The king who is currently 53 years old has so far married 15 wives, even though by custom he is required to select a new wife every year apart from his first two wives who are chosen for him by the national councillors.

Mswati has been accused of kidnapping women he desires to marry, but no charge has been proven against him yet. 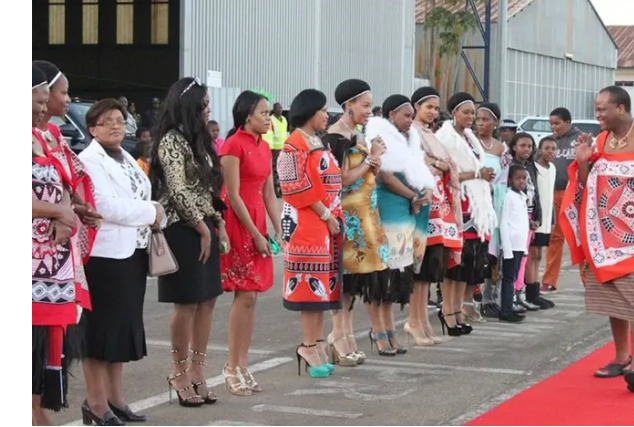 Criticised for his lavish lifestyle, the monarch has allotted $61million as his annual household budget. He owns a $500,000 Daimler Chrysler flagship Maybach 62 luxury car. The royal’s net worth is said to be more than $200 million.

9 Tricks That Bartenders Use To Make You Spend More