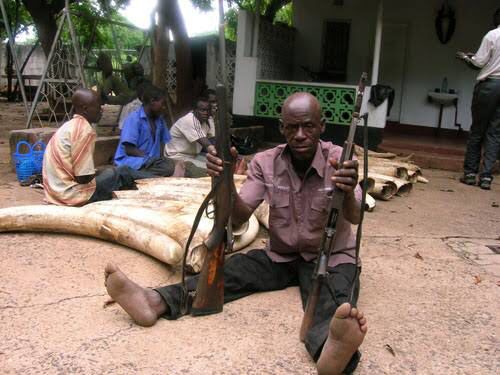 In a news report that has been shared by a reliable source of information, it has been revealed that the suspect were arrested and taken to the police station for more investigation and questioning over the same incident by officers who were alerted by the police.

Addressing this issue, police officers have revealed that the suspect were Busted in the act of trying to sell several game trophies that had allegedly been gotten from several wild animals.

This is happening at the same time when the government through the National Police Service has called upon kenyans to make sure they stay vigilant especially with the increasing cases of wild animals which are currently Escaping from the wild.

According to the reports given by National Police Service, it has been revealed that even though this cases are rare, kenyans have been urged to make sure they inform the KWS as soon as they see a wild animal.

While reacting to this incident, kenyans who took to their different social media accounts to express their opinions and suggestions on the matter have congratulated the Wildlife Service for doing this claiming that this was the right thing to do in order to stop the extinction of animals. 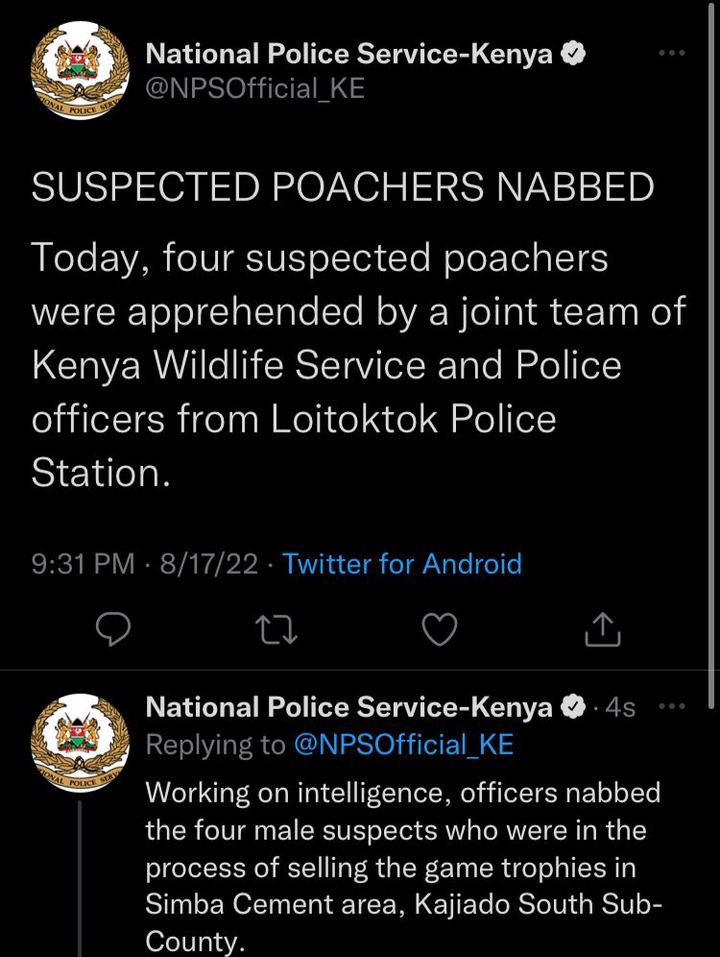 'Ruto Is Right To Hold Prayers' Ngunjiri Admits, Alleges What He Used To Do As MP Of Nyeri Town