The numerous cases of Murder and Suicide are becoming a norm in several parts of the African continent. 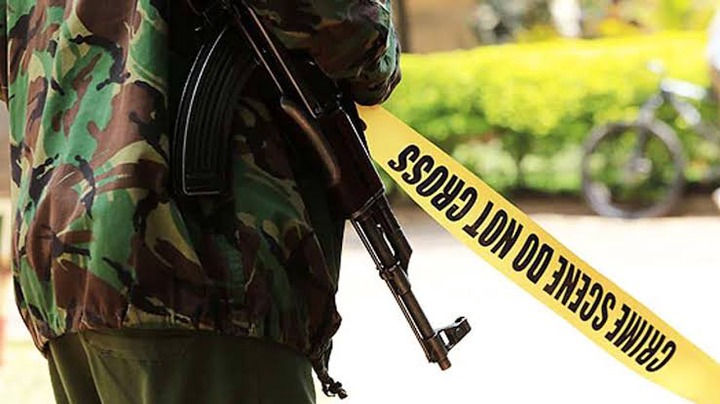 In what has now become a common story in the media houses, is the reporting of men and women that have taken their own life or have killed their lovers after a marital dispute.

Such a case has been reported in Congo after an army officer that was on guard at Chidwini Barracks allegedly hanged himself with his t-shirt. 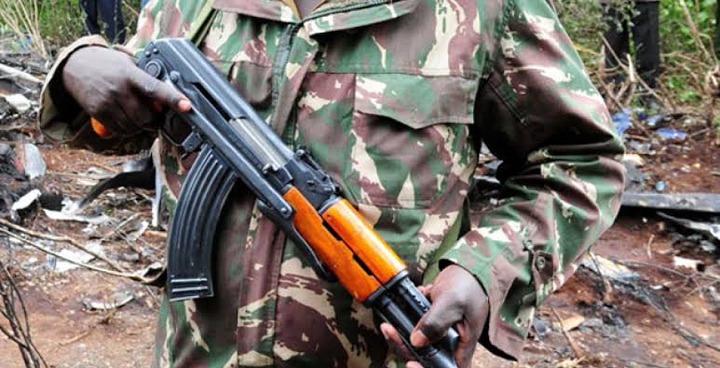 According to reports obtained by our abled team. Corporal Platin Mkandawire killed himself moments after his wife visited the Barracks and she allegedly filed a complaint against him accusing him of beating her.

Apon the corporal learning of this move by the wife, he could not bear the shame bestowed yo him and opted to end his life in such a terrible way.

His body was found dangling near a window where he had tied the piece of cloth that he used to perform the deadly act. 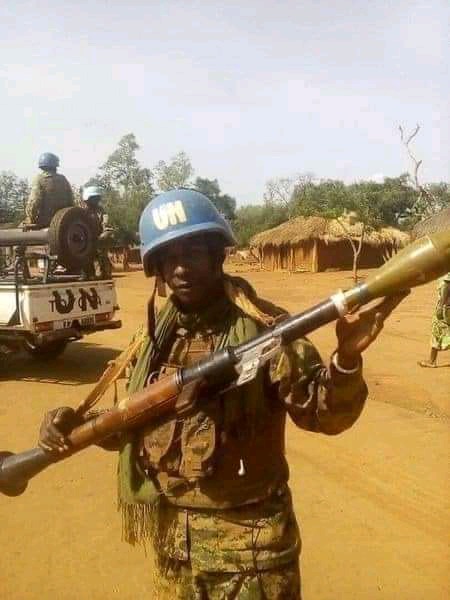 However, the father of the victim has denied claimed that his son ended his own life. He is now asking the military officers to investigate the matter saying that, his son might have been killed. 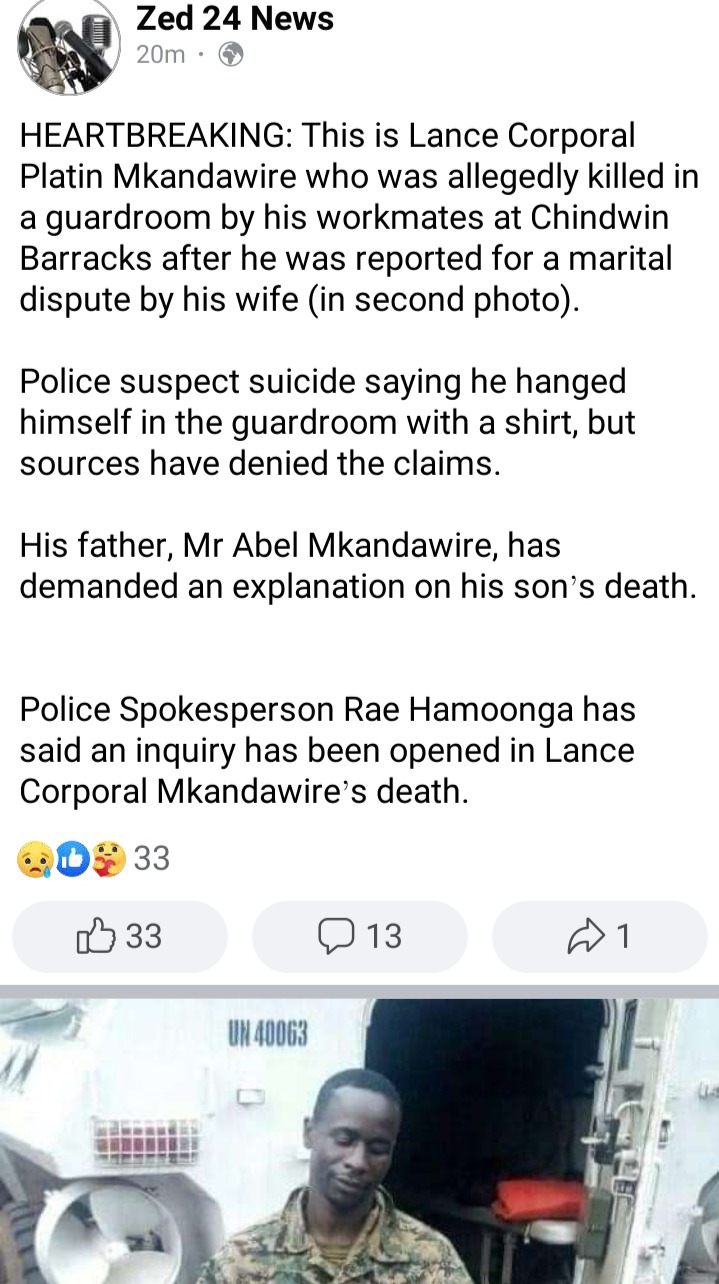 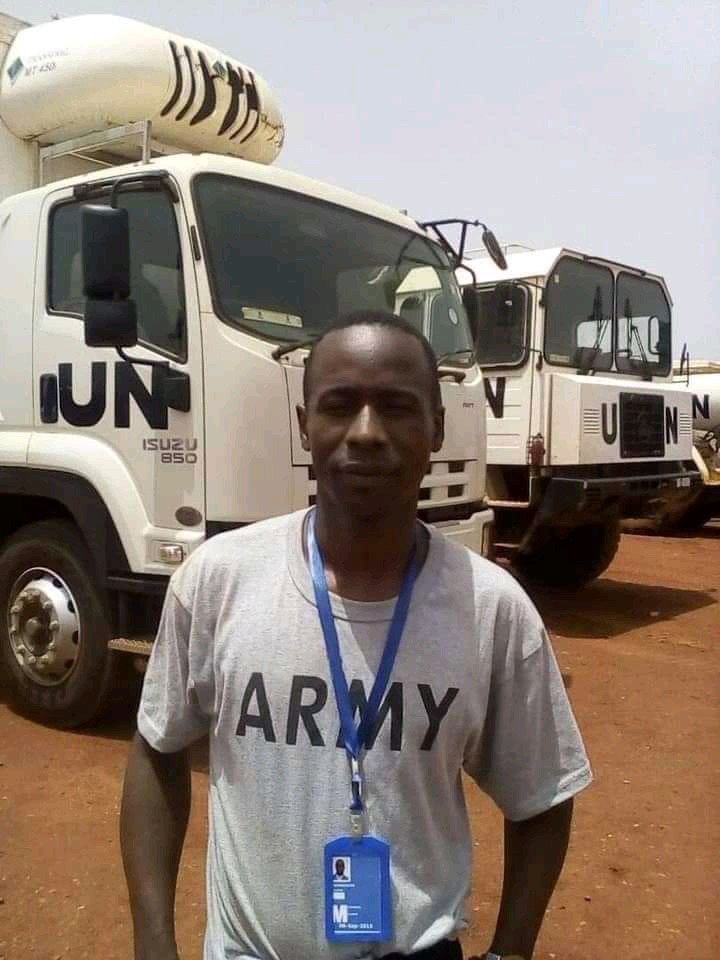 These cases of men in uniform ending their lives have been on the rise not only In Congo but in Kenya as well, a recent case being that of a police officer by the name of Caroline Kangogo that according to reports went rogue and started killing her fellow police officers. 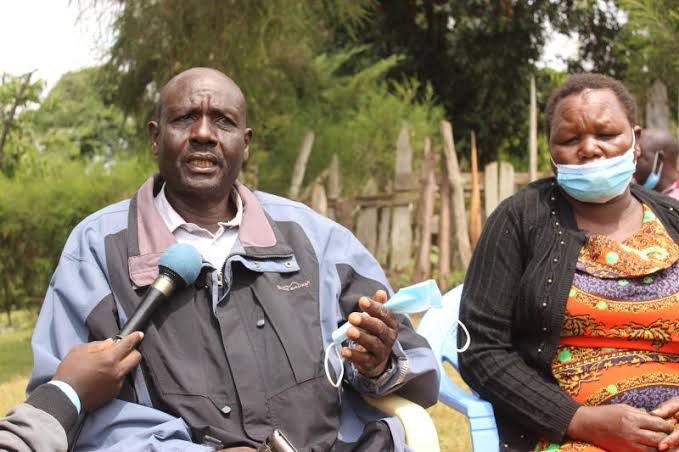 Not only that elsewhere in Kenya another police officer also shared a video of himself confessing to being mentally ill. And asked for help from the members of the public and his bosses. 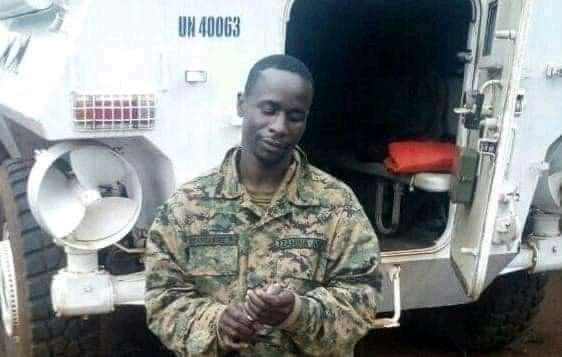