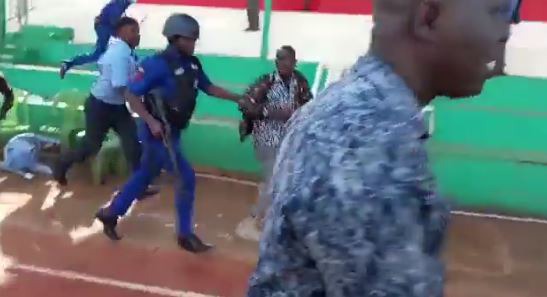 The National Police Service has since released a preliminary report, which has indicated that it was a police officer who was behind the whole drama that unfolded.

NPS has confirmed that the officer behind the incident is currently in police custody.

Earlier on, a video emerged on social media, showing a police officer in civilian clothes being attacked by an angry mob who accused him of throwing the tear gas canister.

The angry mob was heard accusing the officer of trying to disrupt Raila Odinga's rally.

Below is a statement by the NPS 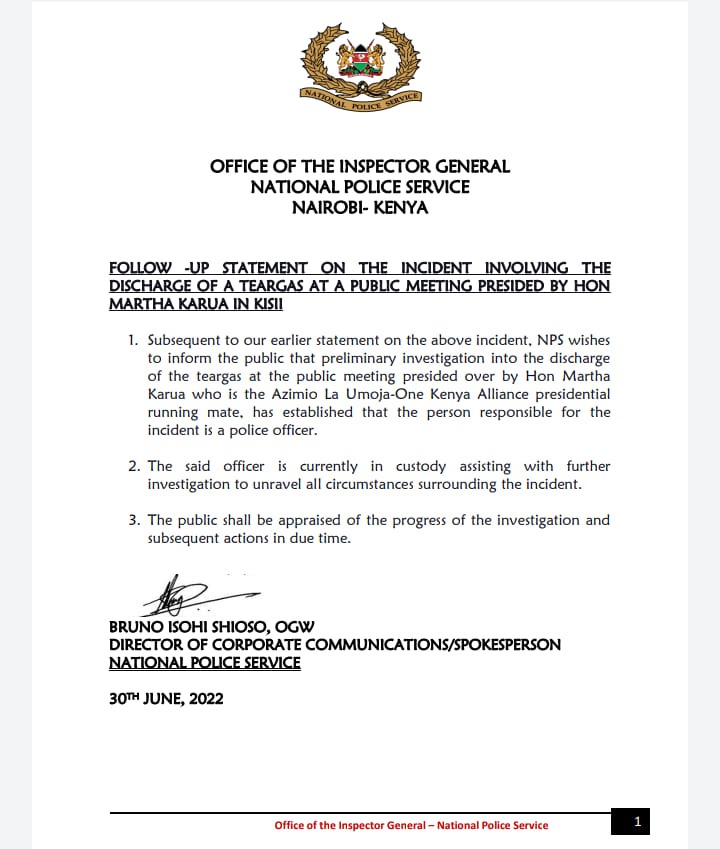 1. subsequent to our earlier statement on the above incident, NPS wishes to inform the public that a preliminary investigation into the discharge of the teargas at the public meeting presided over by Hon Martha Karua who is the Azimio La Umoja-One Kenya Alliance presidential running mate, has established that the person responsible for the incident is a police officer.

2. The said officer is currently in custody assisting with further investigation to unravel all circumstances surrounding the incident.

3. The public shall be appraised of the progress of the investigation and subsequent actions in due time.

Pastor Visits an Old Woman at Odd Hours, Leaves her Dead Before Running to an Unknown Destination