By denniselder (self media writer) | 2 months ago

FKF president Nick Mwenda has been rearrested again a day after he was set free by the court. He was set free yesterday on 25th of November after his case was closed as the court had preferred no charges against him. The DCI has arrested him and they took him to their headquarters where he is currently held. 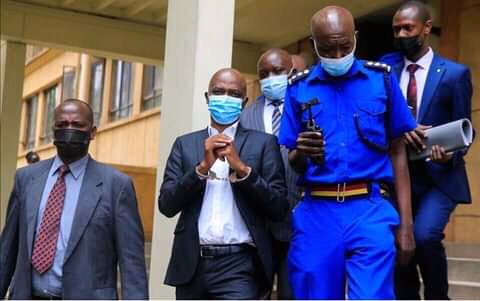 The news of his arrest has been confirmed by the FKF CEO Barry Otieno. On the case against Nick Mwendwa, the DPP had been given seven days (7 days) to prefer charges against him but DPP chose to drop the cases leading to closure of the case.

Nick Mwenda was facing corruption allegations and he had been freed on 4 million cash bail which was refunded after the case was closed. The government had suspended him in handling FKF matters due to allegations of fraud and corruption against him. His rearrest might be closely related to the same case which was dropped.

'BodaBoda' Riders Demand to be Paid for Attending Ruto Rally