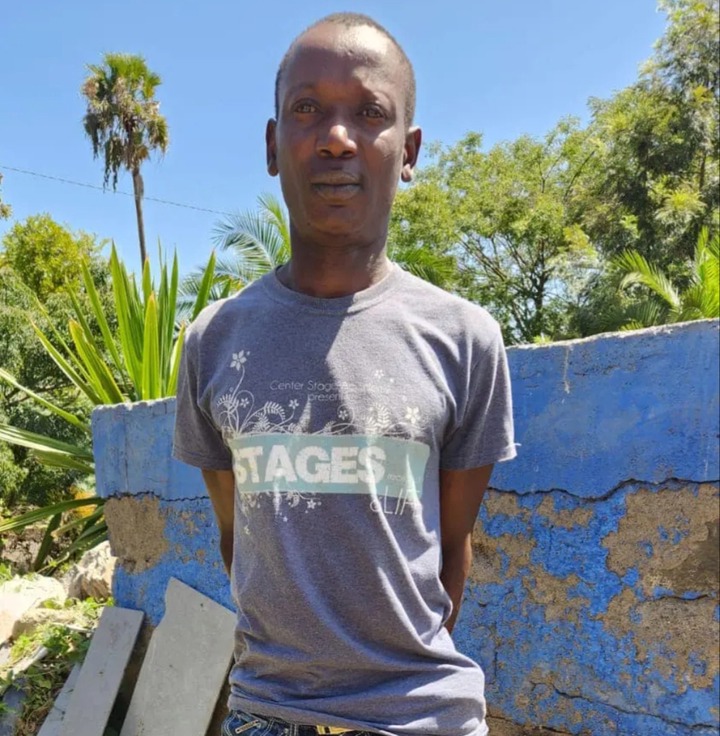 The Directorate of criminal investigations(DCI) has released photos and reports of a suspect who allegedly killed his boss in Westlands before disappearing.

The incident took place at Thigiri Ridge in Westlands, reports indicated that the suspect by the name of Benard Kioko hacked his boss Dr. Gershon Mwiti from unknown reasons. 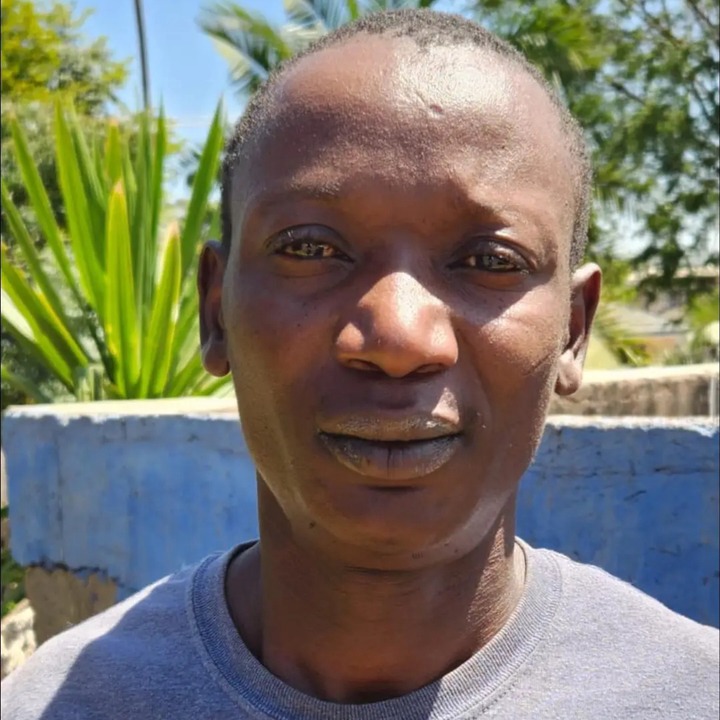 According to sources, the body of Dr. Gerishon Mwiti who is a Nairobi city consultant was found lying at garden bearing deep cut at the back. The suspect had disappeared from the scene of crime.

Investigation was launched and police officers began a manhunt, further reports indicated that Benard was nabbed at Mabatini in Mathare where he was hiding after committing gruesome murder. 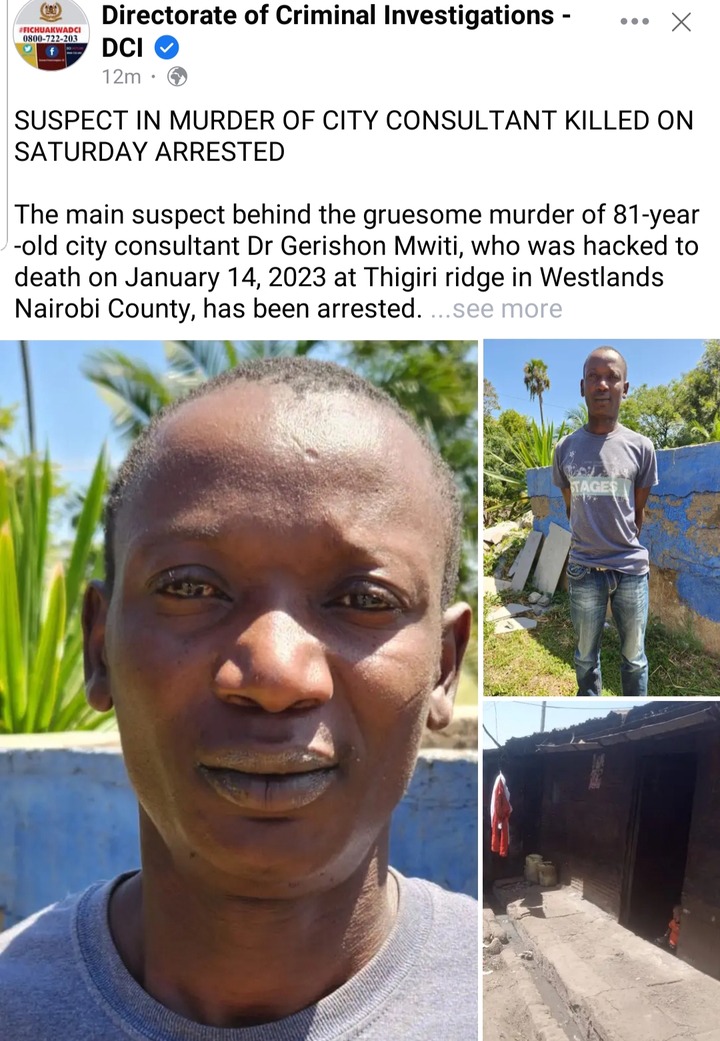 The suspect has been take to the police station awaiting to be reigned in court. Cases of people killing each other has been reported in many places across the country with many involving family members and lovers.

Content created and supplied by: Darubini01 (via Opera News )