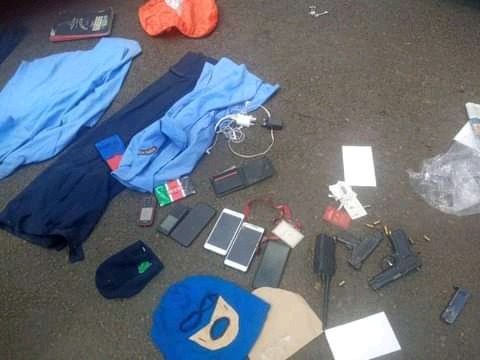 Police officers from Kakamega county have emerged heroes after a shoot out between them and five armed robbers.

The dramatic scene was witnessed at Makhokho in Ikolomani constituency. The security enforcers had received a hint from well wishers on where the uncivil criminals were hiding. They smoked them from their hideouts however, and were able to recover two pistols and police uniforms. Their bodies were transferred to the mortuary and are being held by police officers.

Investigations are still underway to determine how the serial criminals were in possession of police uniforms. A number of evidence was collected that will be used to trace their colleagues who they had been working with.

The deceased are believed to be behind a series of criminal activities that have been terrorizing area residents. The issue had raised for an alarm with people calling upon the government to intervene the situation. 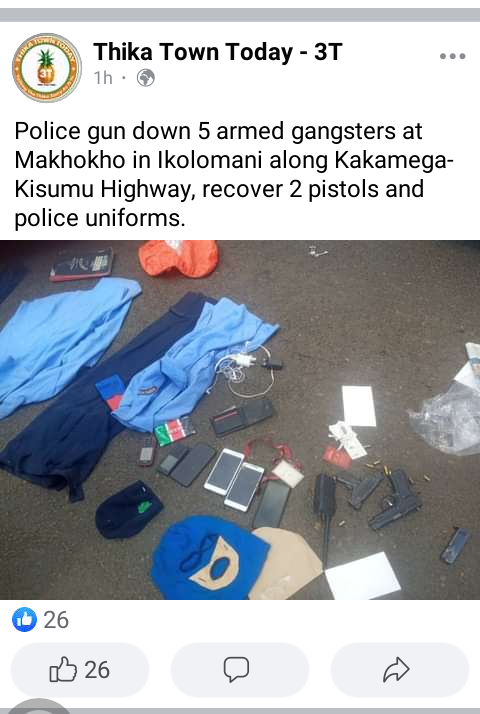 Crime is a national issue that should be stopped by all means for a stable habitat of all people.