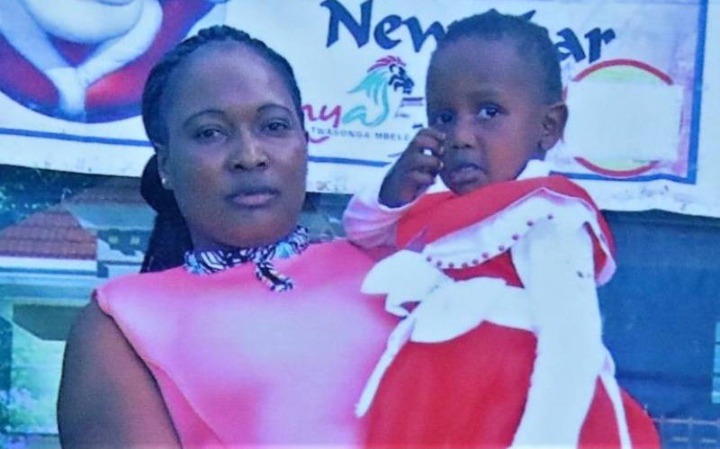 Gatanga residents in Murang'a county were on Sunday treated to a shocking scene after a lady killed her two kids and committed suicide under some unclear circumstances.

According to the Standard, the lady now identified as as Mary Mulombe ordered a cake from one of the vendors in the area before she committed the heinous act.

It has emerged that Mulombe specifically ordered a love shaped cake and some flowers.

Her farm hand talking to the media disclosed that the young mother also invited him to have a piece of the cake.

This was the last time he saw the family alive.

The young woman's lover who is a KDF Officer based in Lamu County said he was alerted of his family's death by his mum.

This was after he made several calls to his wife, with her phone going un answered.

His mother who toured the scene found the doors locked from inside, after opening with a spare key, she was hit with shock after she found the lady dangling from the roof with the two kids lying in the bed.

One of the little girls was not dead and was oozing foam from her mouth and nose she said.

She sadly died as the granny watched in horror.

Detectives who toured the scene were shocked to discover a 5 pages suicide note with 14 Reasons why she killed her two kids and committed suicide.

According to Mulombe, her husband had several women in the coastal region and she was not ready to share him with anyone.

She went further to stating each and every name of the ladies involved with her hubby.

Mulombe also confessed her undying love for her husband even in death.

She also gave out her Mpesa pins and also revealed she had some money in the bank she, also urged the husband to withdraw the cash ans spend it with his concubines. 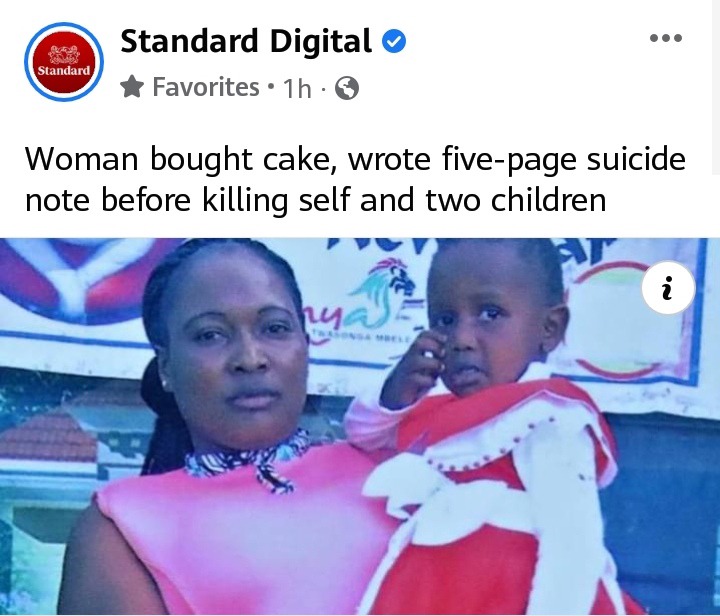