The National Transport and Safety Authority (NTSA) has been called out for allegedly double standards after on Monday, October 3, arrested two touts filmed dangerously hanging on a speeding matatu's door.

In a statement, the authority noted that the duo will be charged as per the laws laid out in the Kenyan Constitution.

Narok Senator Ledama Olekina has since called out NTSA for what he described to be double standards.

The ODM lawmaker noted that Deputy President Rigathi Gachagua was also caught on camera doing the same thing, which could have been an inspiration for the two matatu conductors.

According to him, the conductors learnt the act of hanging on moving on matatu from the second in command, who was also recorded hanging on a V8 door when he toured Kisumu last week 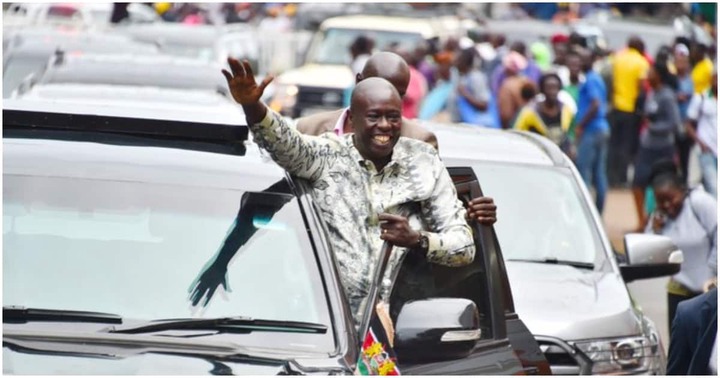 "Now tell me my good friends @ntsa_kenya why should you arrest a Matatu Driver and two Conductors for hanging on a moving Matatu yet they learnt from the second in Command Mr Riggy G himself @rigathi ?? Stop your double standards men! Cut them some slack!" he noted

Rigathi was in Kisumu for a music festival when a group of locals demanded that he addresses him, which forced him to hang on his car door to wave at the people. 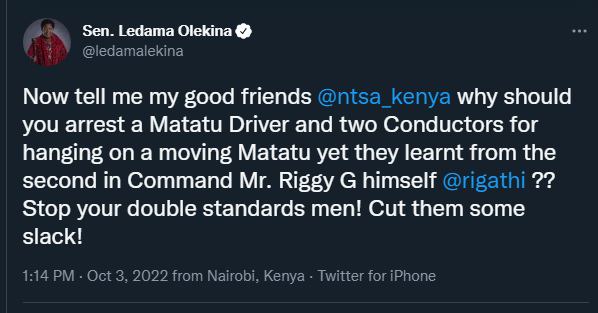 Planned Long Blackout Tomorrow Check If You Will Be Affected