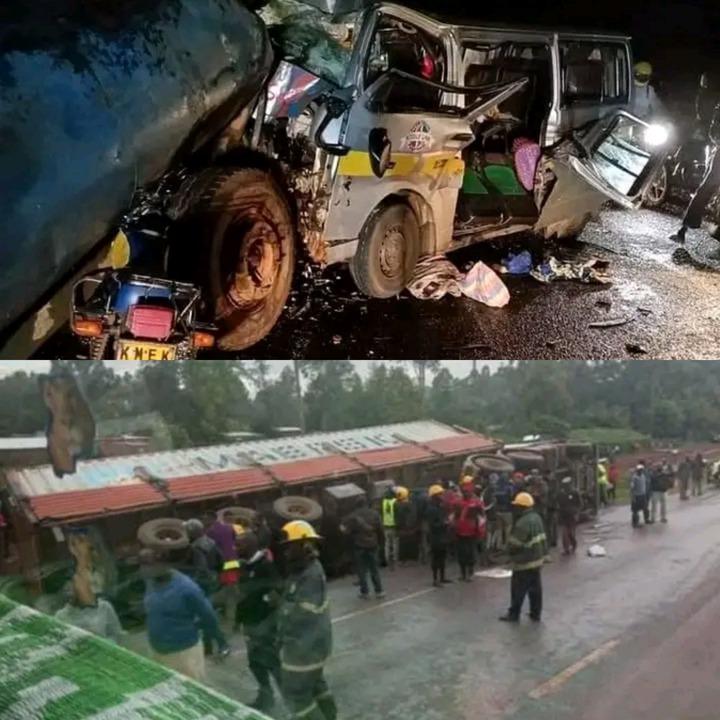 Several people were reported to have lost their lives in two different grisly road accidents that occurred between the night of Saturday 2nd June and Sunday 3rd morning.

The first accident was at Matunda Sikhendu bridge along the Kitale-Webuye highway which claimed the lives of 3 people. 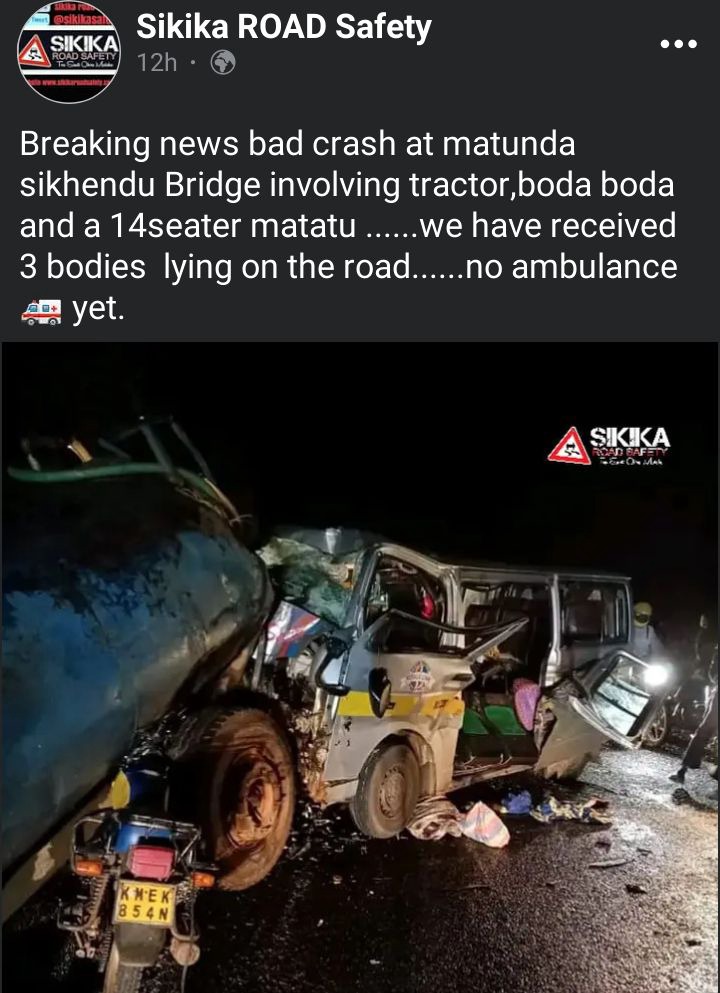 According to the sources, the accident involved a tractor, a bodaboda, and a PSV matatu. 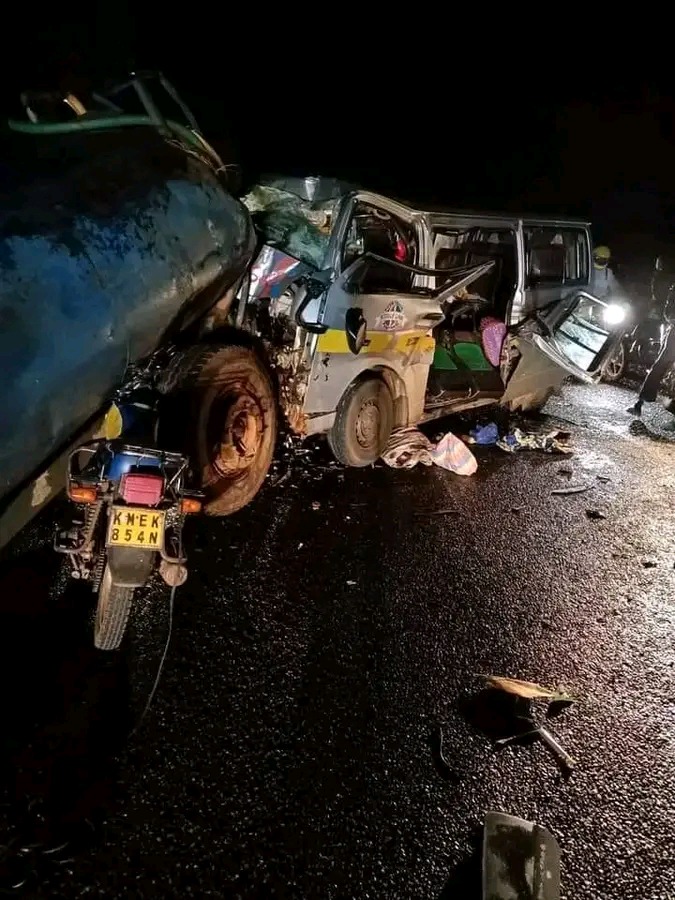 Reportedly the incident occurred after a water tank attached to a tractor climbing up the hilly road detached itself and rammed into the matatu and the rider who was behind it.

Three people died on the spot as the injured were rushed to the hospital. 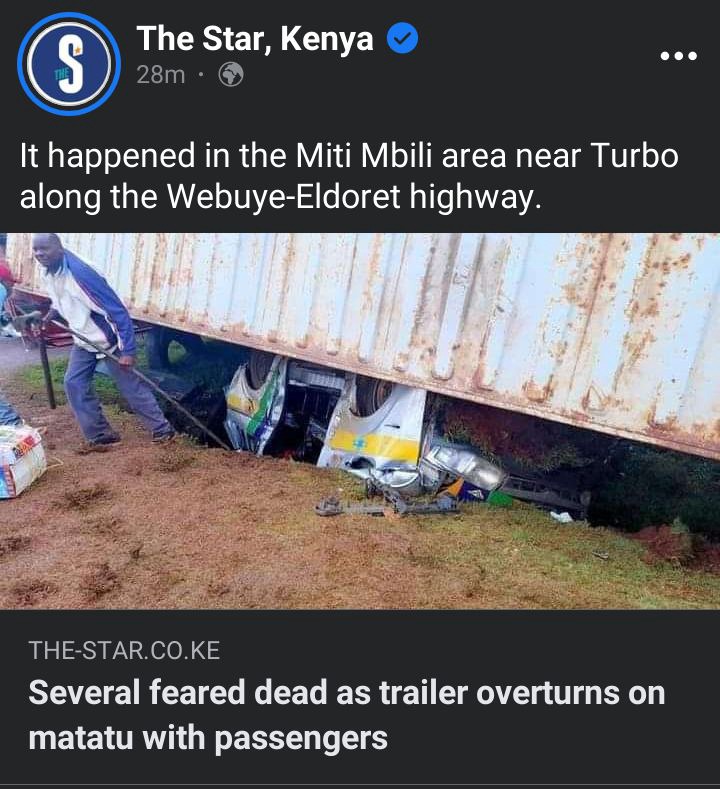 In another incident, at Miti Mbili, Turbo Eldoret on Webuye- Eldoret highway two trailers and two shuttles were involved in a fatal road accident that left 3 people dead and 10 others injured. 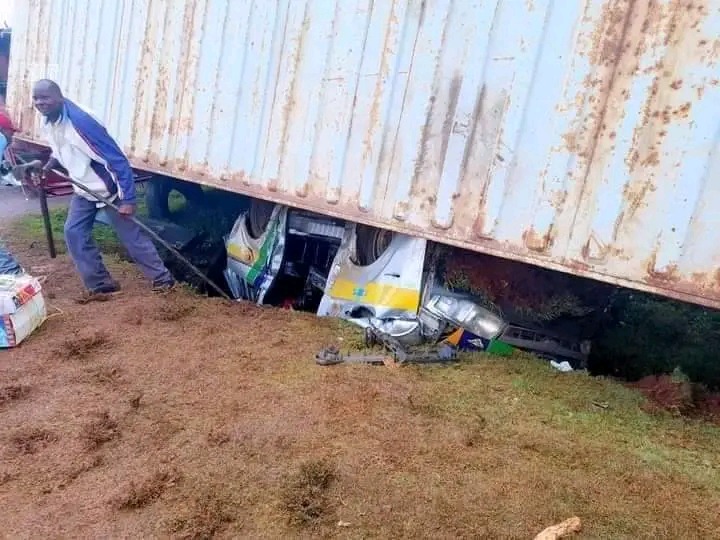 According to Star Kenya, the first incident occurred after a shuttle rammed into a trailer heading to Webuye. 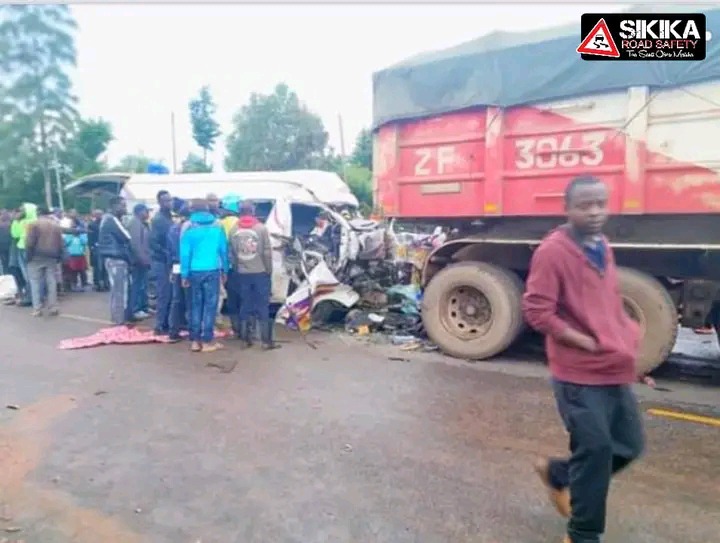 Moments later another shuttle stopped by the scene but were hit by another trailer speeding to Eldoret pushing it into a ditch and landing on it. 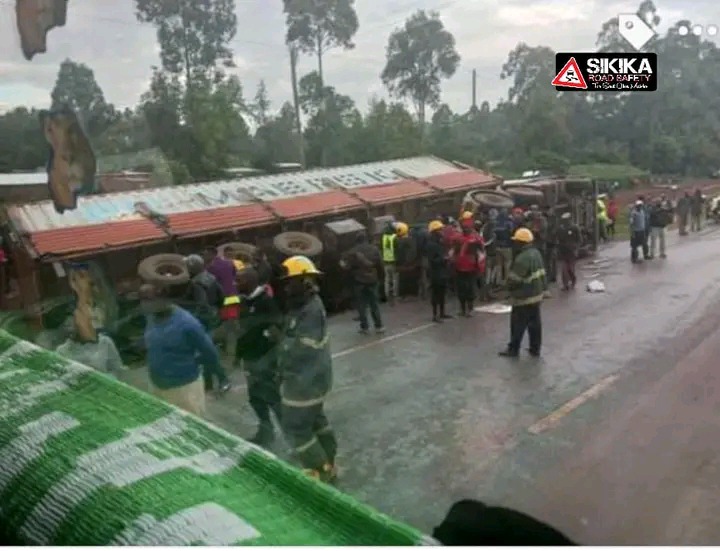 The injured passengers were removed and rushed to hospital as the dead were taken to the mortuary.

How To Prevent Rats From Eating Your Vehicle's Wires.

Provisional Presidential Results As At 6:08Pm