By Phalamkigen (self meida writer) | 1 months

The lover of Kiriri Women’s University student, Christine Ambani, who was murdered in a guest room in Githurai, Kiambu County, on July 12, was arrested yesterday.

Innocent Kalio Makokha was arrested by special service detectives at 2am on Tuesday, July 27, at his rented house in Chokaa area in Kayole, Nairobi County.

Police said Makokha “had been on the run since the day he allegedly killed Ambani”.

Yesterday after being arrested, Kenyans took to his Facebook account and surprisingly he had posted Christine's photo as seen below, 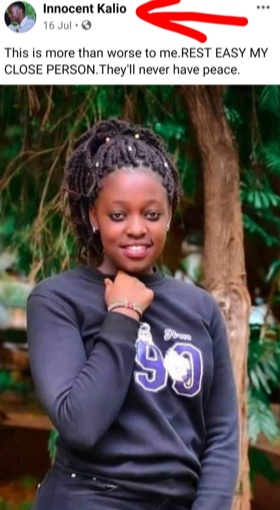 Innocent Kalio killed Christine Ambani then escaped. When Christine was announced dead, he joined mourners and posted her photo on Facebook with pretentious caption.

"This is more than worse to me.REST EASY MY CLOSE PERSON.They'll never have peace." he captioned

Reacting on his comment section, angry Kenyans revoked him asking why he posted Christine yet he's the one who killed her. Close friends exposed the boy and he has several murder cases. It has been reported that this serial killer had killed his brother, wife and kid recently.

Check below the screenshots of Kenyans reactions 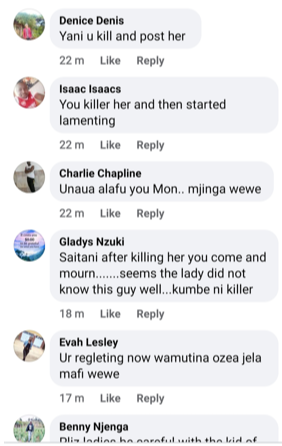 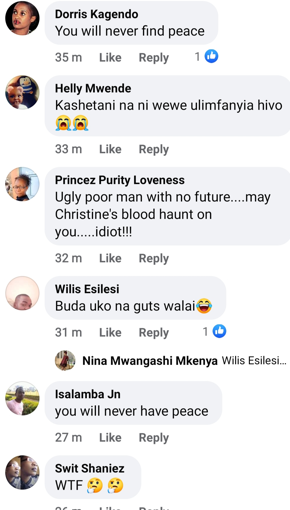 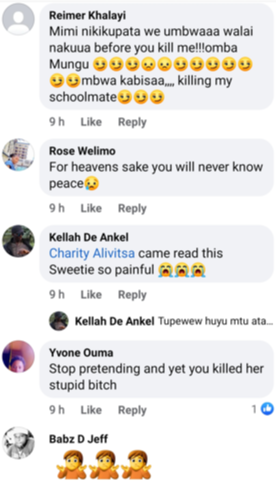 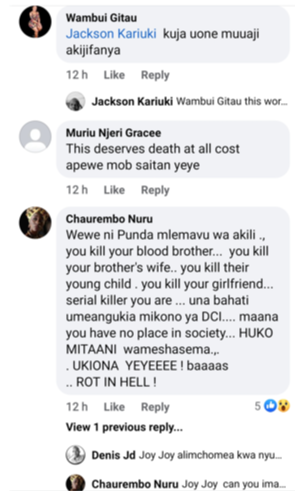 A postmortem conducted on Ambani on July 19 at the City Mortuary indicated she died of excessive bleeding after she was stabbed in the neck and back.

So brutal was the attack that the knife ripped through her neck and protruded in the front part. 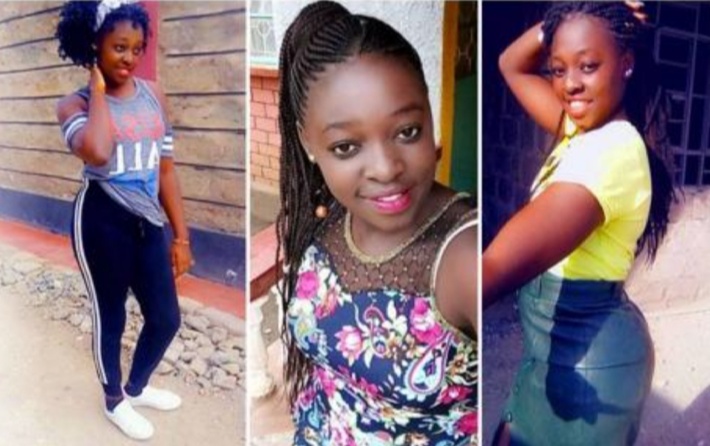 On July 12, Ambani, who had visited a friend at Mwihoko, said she was planning to meet her lover, Innocent, at Githurai Town, 15 kilometres away.

Ambani, 23, left her friend’s place at around 10am, promising to return by mid-day. That was the last time she was seen alive.

“Immediately after Christine and Innocent met in Githurai Town, they booked themselves into a guest room in an arrangement that, according to the management, was only going to last a few hours,” the DCI said on Tuesday in a statement posted on their Twitter page.

8 real tricks to instantly look hot for your man

Classic Ankara Top Designs to Choose for Your Next Occasion

How To Fry Chicken Gizzards To Serve With Ugali