By Shahhhh (self media writer) | 18 days ago

Police officers from along with the immigration authorities have arrested over 100 Pakistan citizens after a crackdown that was launched by the police following an outcry from kenyans on the increasing number of Asian men in the country.

A few days ago, a video of several Asian men getting into the country sparked Alot of mixed reactions from a number of kenyans who demanded to know what was happening in the country.

This was followed by a dramatic scene after the ministry of defense claimed that they were here on temporary basis adding that they were going to leave the country to Dubai.

At the same time, the ministry of interior revealed that they were going to make sure they carry out an investigation in order to find out whether or not there were a number of people who had gotten to the country without legal documentations.

Staying true to their words, a number of police officers were today deployed in Waiyaki Way where they carried out a search on a building that is said to have been hosting most of the citizens from Pakistan.

According to the reports given by the police, they revealed that they were able to arrest over 100 Pakistan citizens who had gotten into the country without valid documents after which they were taken to the police station for more investigation and questioning. At the same time, they were given different places to stay in the meantime.

While reacting to this incident, a hotelier who has been hosting these men revealed that they opted to stay in Kenya in order to have clearances over Covid-19 issues adding that they did this due to the fact that they couldn't afford staying in the expansive hotels in Dubai where they'll be going to in a couple of days. 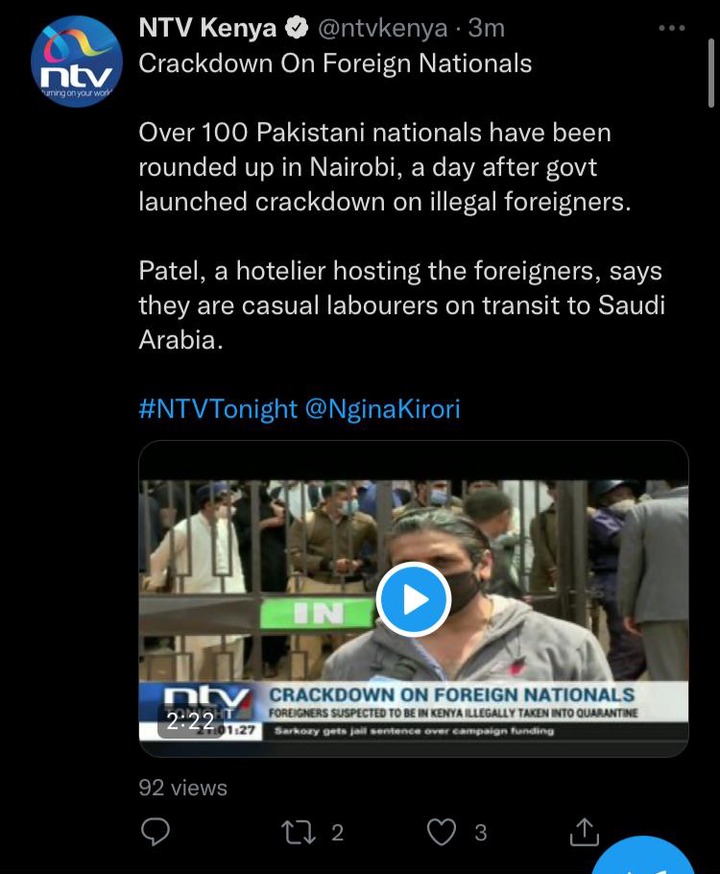 "Hajabadilika?"- Trouble Brewing For Jowie As Details Emerge On What He Did To A Man In a NightClub