Tragedy; Man Shot Dead, Several Arrested By Police While Attempting To Free A Suspect From Custody.

Grief at Makunga shopping centre on Chwele to Kisumu highway. One man killed, ten arrested in an attempt to free a suspect from custody.

Going by the reports, the deceased's identity is still unknown. But he was been accused of trying to escape a suspect from police custody.

According to the police: the other day, they impounded a lorry that had 400 bags of illegal sugar, and took it to Chwele police station. Fortunately, today the lorry was being taken to Kisumu under strong security.

The guards guarding the lorry were; detectives of DCI, CIPU attached to KRA, and Kenya police. Unfortunately, they were attacked at Makunga shopping centre.

Narrating the scene; over 20 vehicles and numerous number of motor cycles, whose number plates were cancelled, barricaded the road. Their main aim was to seize the consignment and free the suspect.

Fortunately, the guards fought to protect what was theirs. Even though the fight took long, the police won it, especially after getting back up from Kakamega police officers.

Currently; three vehicles and several motor cycles have been impounded. Other ten people have also been detained. On the other side, one police is fight for his life at Kakamega county hospital.

At the scene, the police officer was injured on his chest and limbs after the suspects stoned him. According to the police, the suspects attacked them with rocks and 'rungus'. 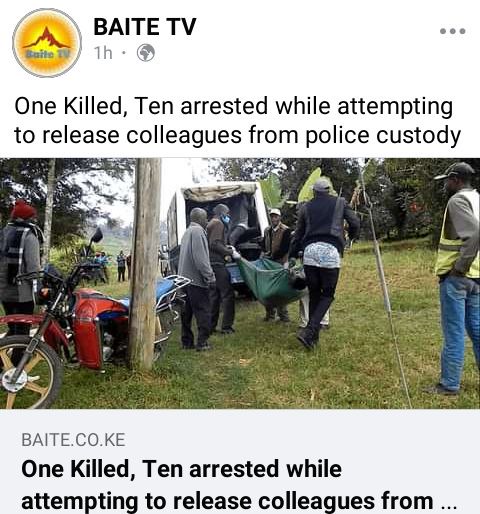 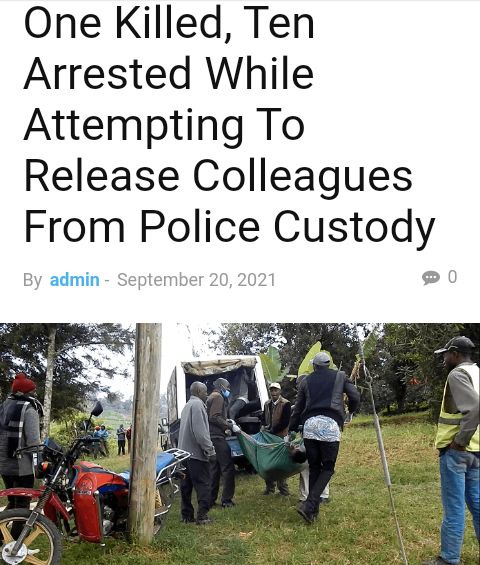