Lamu senator Anwar Loitiptip had been at large after news of him injuring a woman by shooting her were spread across the country. It is reported that Loitiptip shot the woman known as Joy Makena after a nasty brawl ensued between them. 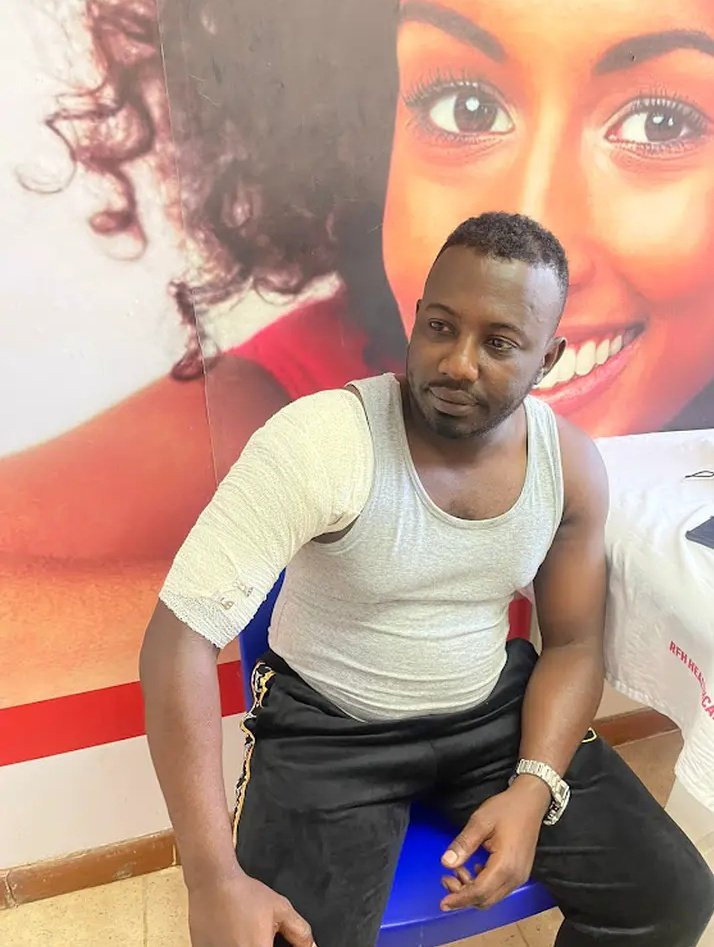 Police were called to the scene following the incident in which Joy Makena, 32, was shot and wounded on her right leg, above the ankle. Makena told police she was shot by Anwar of the Jubilee party. She reported that after shooting, he fled away leaving his bodyguards tending to her injuries. She was then rushed to Nanyuki county and referral hospital where she was attended to immediately.

Anwar Loitiptip has since resurfaced as he was found at Ruai family hospital. In a statement released by the hospital, it says that as they (Anwar and his wife) were in Nanyuki town yester night, they were confronted by three unknown persons, one was a man and two were ladies. He adds saying that the man hit him on his right shoulder using a maasai rungu. This prompted him to retaliate by shooting one of the ladies on the leg. This is the report released by Uhai family hospital. 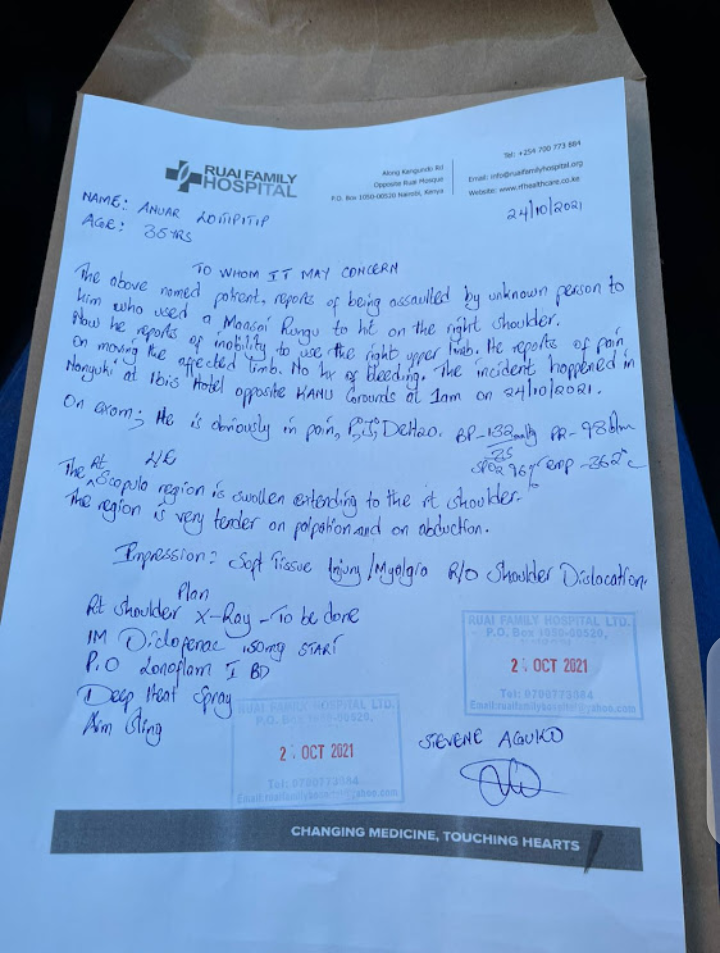 The report adds that he is unable to move his right shoulder as he is in alot of pain. The X-ray is yet to be done.