By TheHealthExpert (self media writer) | 3 months ago

According to Mwea East Sub-County Daniel Kitavi, the incident happened at around 12pm on Monday. 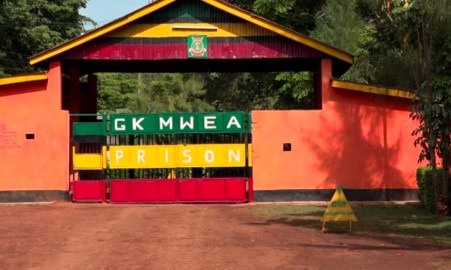 According to Mwea East Sub-County Daniel Kitavi, the incident happened at around 12pm on Monday.

“After I was informed about the incident, I quickly called the county government of Kirinyaga fire fighters,” Kitavi said.

Firefighters from Kirinyaga County Government led by their chief officer John Kiama could not enter the prison gate because the gate was small.

“We watched as B2 dormitory was being consumed by the fire,” Kiama said.

Some of the inmates had refused to come out of the vehicles ferrying them in a show of protest against the transfer. 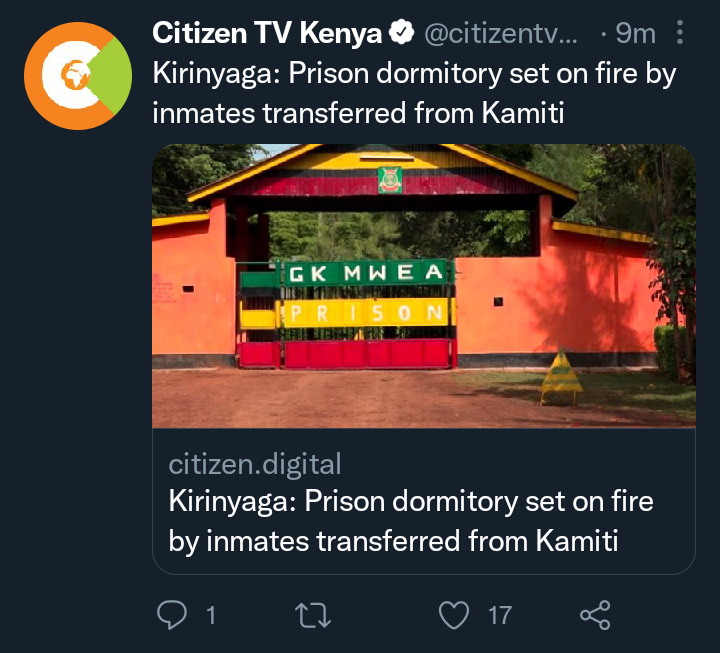 Kitavi said the inmates used matchboxes to set the dormitory on fire.

No one was injured during the incident.

Content created and supplied by: TheHealthExpert (via Opera News )