Sad As Nakuru Doctor Who Poisoned His 2 Children Dies In Nakuru Level 5 Hospital.

By DjVincey (self media writer) | 4 months ago

Sad as a Nakuru doctor who was found unconscious next to his two dead children die at the Nakuru Level 5 Hospital.

Mr. Gakara was also accused of poisoning the children but unfortunately, he has passed away before the case was established.

Gakara was found unconscious alongside his dead children at their home in Nakuru.

Autopsies performed on the two children to determine the cause of death were found to be inconclusive.

Postmortem results could not determine the cause of death, according to Nakuru West DCIO Stephen Ambani.

"In order to determine the cause of death, we've hired a pathologist. But the root of the problem still hasn't been found."

Samples have been collected from the two bodies for further toxicology investigations.

This just comes at the time his wife had vowed to seek justice for the children claiming that their father whom they trusted the most betrayed them. 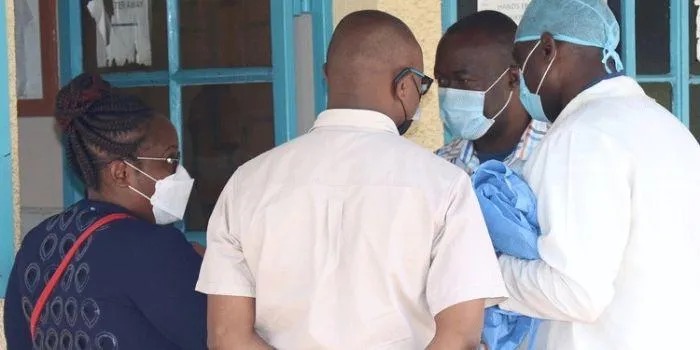 It is now a double pain for the family (Pictured above consulting with doctors) following the death of the doctor.