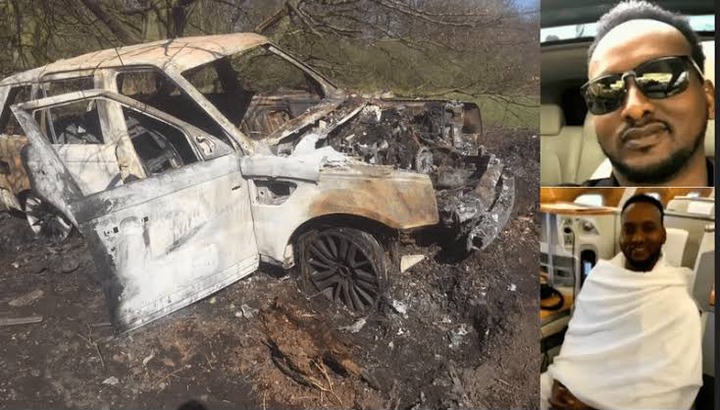 Sevens months ago, a famous Tycoon was mysteriously abducted as he left a famous Nairobi joint.

Days later after his dissappearance he was fou brutally murdered and his body dumped in Sagana kirinyaga County.

Earlier reports then indicated that his Posh vehicle a range rover has been spotted at Ngong forest burnt.

A day later the shell mysteriously vanished with his family calling for a seriously probe.

However in another shocking twist, the tycoon’s accounts have mysteriously been cleaned. 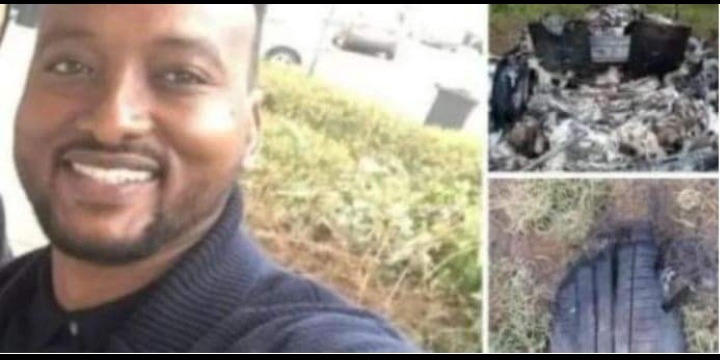 According to the late Somali-American businessman's widow Bashir Mohamud Mohamed has alleged foul play in the property left by her late husband.

According to Suadha Rashid Ali, her husband's accounts had a balance of Ksh80 million at the time of his demise.

However, she stated that after going through the bank's statements, the account only has Ksh3 million - meaning that a whopping Ksh77 million went missing within seven months.

Through her lawyer, Hussein Kusow, Ali has accused her husband's brother, Abdifatah Mohamed, of plotting to disinherit her. 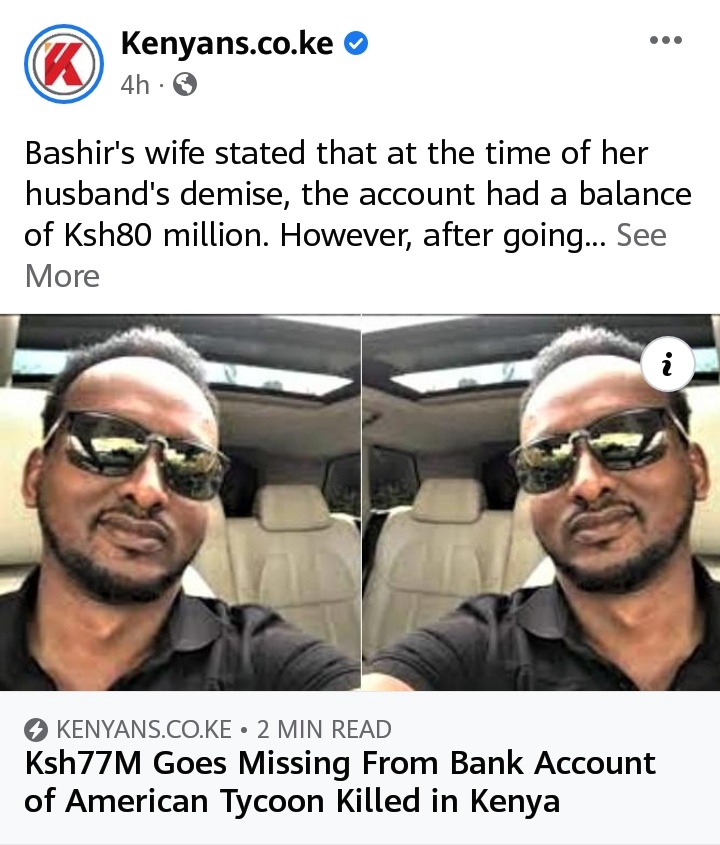 4 Things Kenya Should Do To Become The Most Powerful And Superior In The World.(Opinion)

Lady, 26, who died in road crash along Amoyo-Manywanda road, laid to rest in emotional send-off

Meet 4 Dangerous Tribes In The World That Still Live In The Forest, See Photos

"This Is The Reason Why I Don't Post My Wife" Jamal Gaddafi Say's.