A deadly accident in Gilgil has reportedly claimed the lives of four people after the Salon car they were traveling in rammed on a trailer that had been parked beside the road. 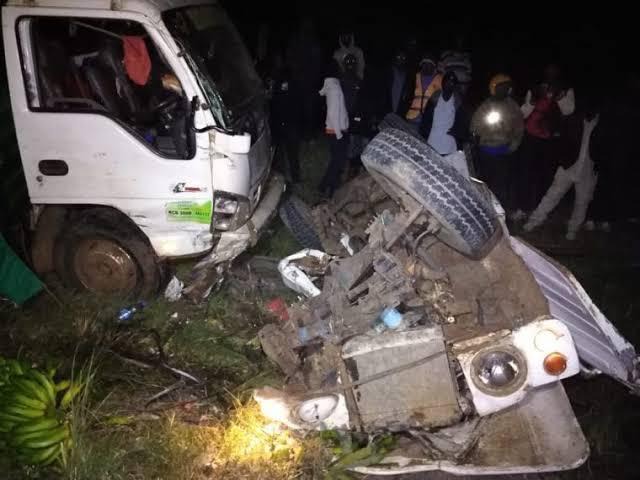 According to the reports given by the witnesses or rather locals from Gilgil, it was reported that the deceased were headed to the village before they tried to overtake a vehicle that was Infront of them.

This was followed by a dramatic scene after they allegedly came one on one with another vehicle that was coming from the opposite direction in full speed and so while attempting to evade a possible head on collision, the driver took a wrong turn ramming onto the vehicle.

Sadly, all the four people are reported to have been killed on the spot as reported by a couple of witnesses who had rushed to the scene of the accident in attempts to save the already lost lives.

This incident has sparked alot of mixed reactions from Kenyans who seemed to have been confused on why there was an increasing number accident related deaths in the past few months due to daily accident reports.

With a section of Kenyans claiming that maybe this was because poor state of Kenyan roads, others went ahead and called upon the National Transport and Safety Authority to look into this matter before things get out of hand. 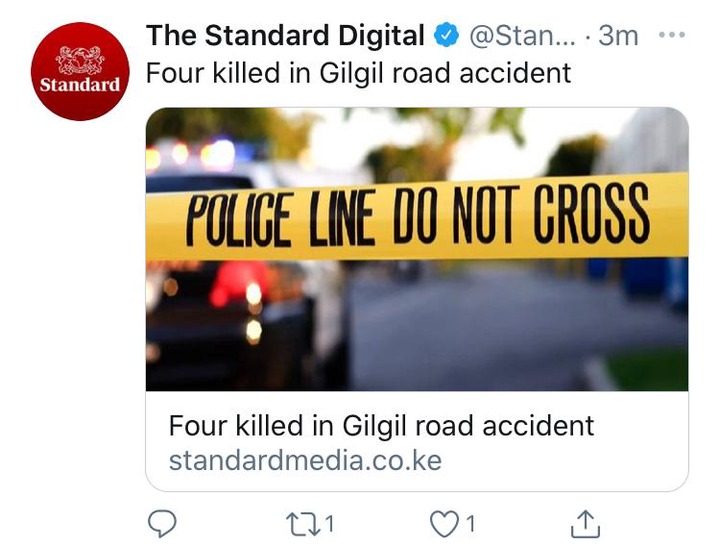