By AbbyNews (self media writer) | 7 months ago 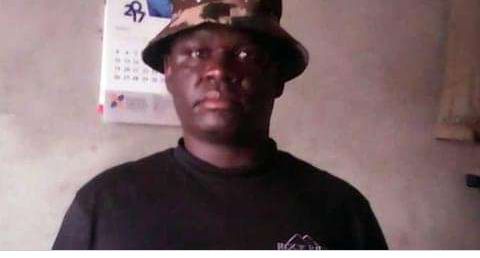 Officer Benson Imbatu left the whole nation shocked after killing his wife and 5 other civilians before turning the gun on himself in an early Tuesday morning shooting spree.

The officer was allegedly depressed since he was facing a possible jail term after it was found that his firearm had been used in killing a man identified as Nicholas Lifedi.

He was under a probe by IPOA.

According to his coallegues, most officers dread ending up in jail since they might face the wrath of those they arrested.

Benson is also reported to have had a history of temper and violent episodes which got worse after he suspected that his wife Carol was cheating on him.

Benson had worked in the police force for 31 years as a constable without earning a promotion. 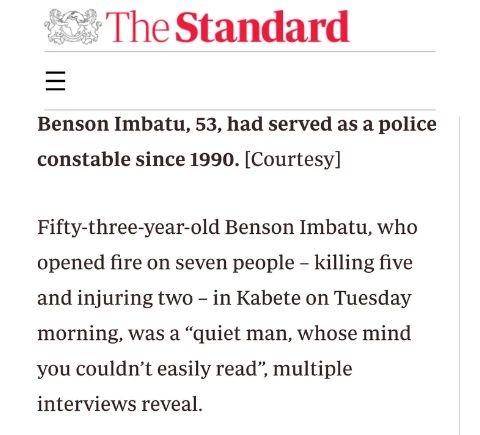 Families of the 5 civilians who were killed by Benson are pleading with the government to help them since they lost sole bread winners in the sad incident.

Very Effective Ways To Make Him Miss You, This Will Persuade Him To Miss You More Than Ever

The Most Precious Gift Of All

Top 10 Things Couples Do To Screw Up Their Marriage