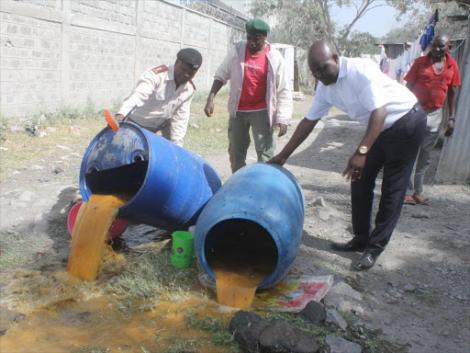 Police in Isiolo County arrested a group of people that are accused of using antiretroviral drugs (ARVs) and conventional medicine to make illicit brew.

During the raid led by Isiolo Deputy Commissioner Keffa Marube, a concoction of medicines was discovered inside entertainment joints.

The administrator further revealed that the illicit brew traders use ARVs and painkillers while making the banned liquor.

Marube, who led the operation, stated that locals are receiving treatment in various hospitals due to the complications arising from consuming alcohol that is laced with conventional medicines.

Police warned locals that the concoctions were putting their lives in danger and drew examples from an incident in Nakuru where five people succumbed after consuming illicit liquor that was laced.

Officers who mounted the crackdown in Isiolo stated that they had nabbed over 300 litres during the operation and vowed to arrest traders engaged in the business.

"They are using ARVs which they put in this rubbish they have made and they also add painkillers and medication that is used to treat high blood pressure.

"Anyone who takes this type of alcohol is not ok. Help the officers and tell them where the illegal alcohol is being brewed. I've heard there are people who have been labelled as untouchable, I want to assure them that they are not untouchable," he stated.

The government has been keen to fight the illicit brew trade after six people perished in December 2021, after consuming the liquor in Nakuru County.

Cases of death resulting from the consumption of illicit liquor have been sequestered in parts of Nakuru County but in 2021 there were two tragedies at booze dens that claimed the lives of nearly 20 people.

The rise in the illicit brew trade was attributed to illegal ethanol, which is a key ingredient in chang’aa brewing, within the county.

“We have intensified efforts to ensure the product does not land in the region or criminals turn it into a transit route. Support by members of the public to expose such transporters has been vital,” Mwenda stated. 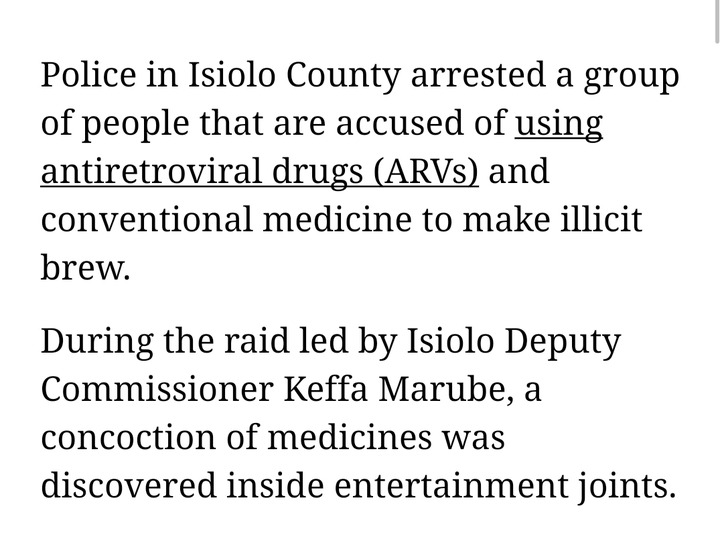 Just In: The National Police Service Takes Action Against Malala