By SikoliaR (self meida writer) | 24 days 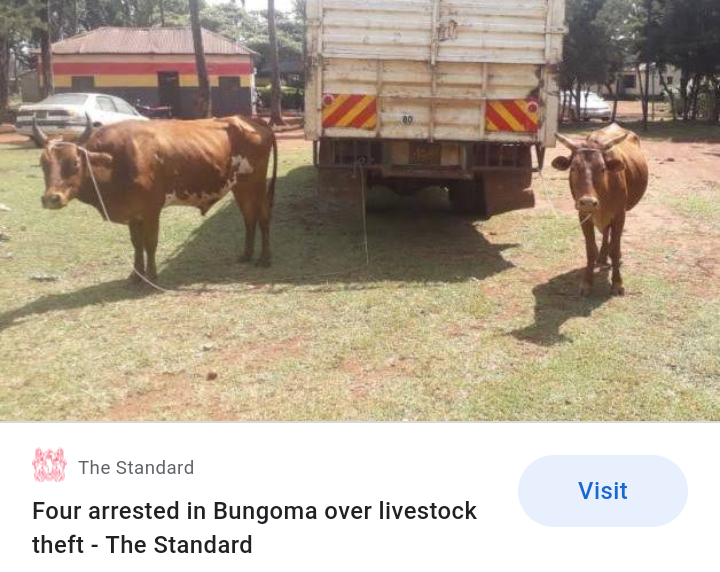 Cases of Bungoma citizens loosing their livestock to thieves have been escalating since 2019 despite the recent arrest of 13 thieves with cows at Misikhu market.

It's so painful to see how many residents of Maraka division are currently spending sleepless nights guarding their livestock especially cows which are basically the source of income of the many farmers in the region. 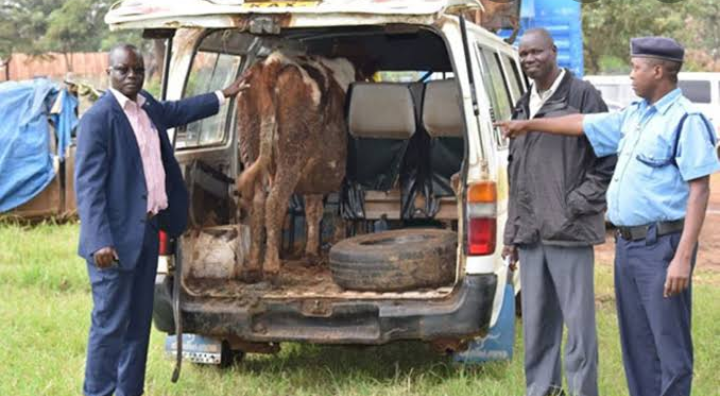 Many farmers have already lost their livestock and reported their cases to the relevant authorities with no fruitful pursuit of their cases.The farmers are now threatening to take the law in their hands if the government will not beef up security especially at night.

The residents are now threatening to be lynching the suspected thieves on the spot. One of the farmers Mr. Reuben Wanyonyi of Nang'oto village whose 2cows were stolen sometimes last year is really touched by these theft and is asking the government to help.

Yesterday, the villagers rescued the cow of one Mr. Julius Wafula which had been stolen at midnight. This was after his noice which woke up the neighbors on time and led them to trace the animal only for the thieves to abandon it in the maize plantation of mzee Ashon Wanyonyi.

While reacting to the incident, the area assistant Chief Mr. Fred Mang'anyu thanked the people for their cooperation and called them to continue showing unity and acting promptly when such cases arise. He also promised that he was to ensure police patrol is enhanced in the area especially at night.

We call upon the Government to help these Kenyan citizens.

Content created and supplied by: SikoliaR (via Opera News )

Panic After a Popular Comedian From South B Is Found Dead In A Tank, Three Arrested

I can Criticize Uhuru Who Are You:Last Video of Late Jakoyo Lecturing Mp Before His Death Resurfaces

Another Lady Sustains Hand Injuries While In Saudi Arabia

Jakoyo Midiwo Had Gone To Nairobi To Celebrate Daughter's Graduation, Son's An In KCSE When He Died

Anger As Thousands Miss Form One School Of Choice