Powerful Cyclone Sweeps through India, The Second in less than 10 Days.

By Rhurh (self media writer) | 1 year ago

Cyclone Yaas ripped through the eastern Indian state of Odisha on Wednesday with a a magnitude of up to 140 kph (87 mph) an equivalent of category one hurricane and whipping up its tidal surges in neighbouring West Bengal state and Bangladesh. 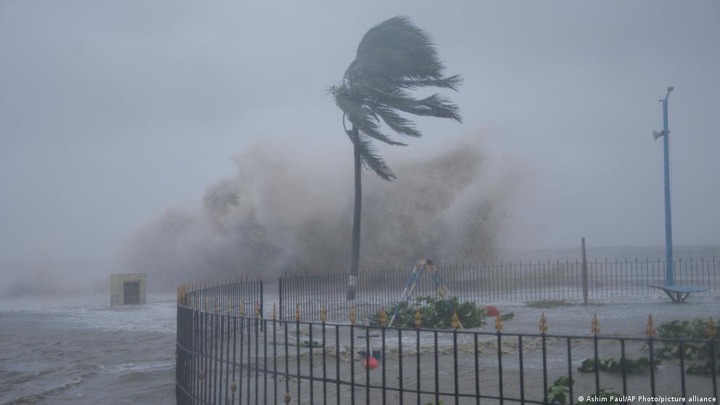 Almost 124 villages in Odisha were affected as the state's top bureaucrat Suresh Mahapatra revealed. The storm, the second to hit India in a week, comes at a time when the country is battling a deadly second wave of coronavirus infections that has stretched the healthcare system to its breaking point. More than 500,000 people have been affected so far and sheltered in relief camps in West Bengal as officials take steps to reduce the risk of a potential spread of the virus.

It killed at least three people, affected more than 10 million residents in the state, and damaged more than 300,000 houses according to the current statistical data.

The Indian military together with the National Disaster response team have been in action to carry out the rescue operations.

The cyclone, coming amid a coronavirus surge, complicates India’s efforts to deal with both the situations.

The storm is expected to continue losing intensity further in the coming hours, as it moves northwest. Eastern India will see heavy rainfall during the coming days due to the remnants of the system.

PM Modi will visit both Odisha and West Bengal on Friday to review the effects of the cyclone in the two coastal states.

More prayers for India and the affected parts of Bangladesh.

Content created and supplied by: Rhurh (via Opera News )

Increase Milk Production in Your Dairy Cow Using These 5 Ways.

Raila Speaks About Ruto's Manifesto Send This Message To Kenyans.