By Madexposa.com (self media writer) | 1 year ago

Brian found himself in bars in the wee hours after he was reportedly intercepted driving a Toyota Probox in Muindi Mbingu streets in Nairobi County while drunk. 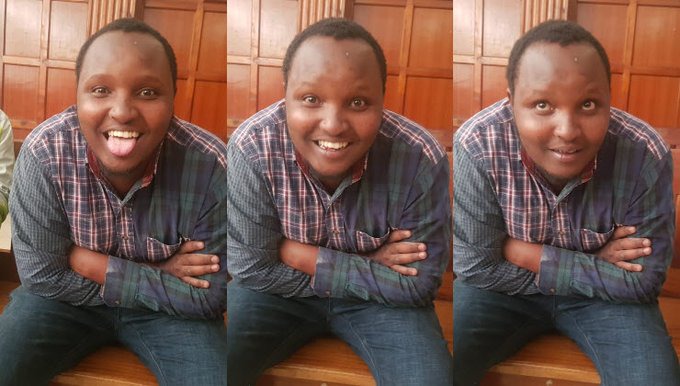 According to police reports before he was arraigned in court, Brian was inebriated that he was unable to even control the car.

However, he reportedly pleaded guilty before Nairobi Senior Principal Magistrate Ester Kimilu confessing he wouldn't repeat the offence again and luckily he was freed on a cash bail of 30,000 ksh.

According to reports, the former Kiambu Governor son reportedly claimed to the media that he wouldn't involve his parents in his mess as he claimed he would deal with it as an adult.

What is your message to Waititu's Son? Do you think it's good for a prominent person child to break the law? 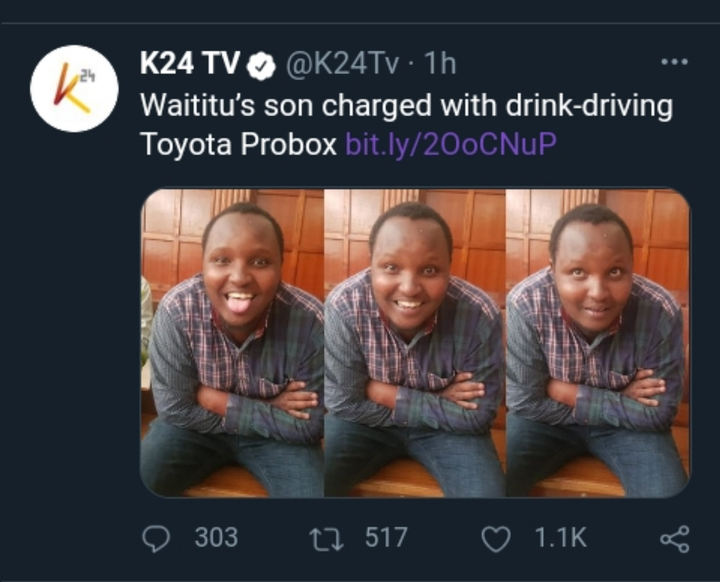