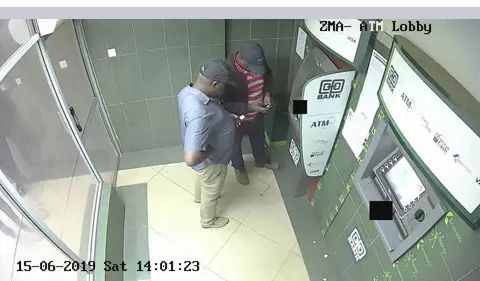 Slain criminal Samuel Muvota had recruited over 50 ladies to help him in stealing from rich men after stupefying them in top clubs in different towns.

The 'pishori' ladies used a drug known as Tamuu that is supposed to be administered on patients with mental disorders. They would first order expensive drinks to make the rich men think that they were just normal revellers, but later forward the bill to their boss Samuel Muvota.

For men who would approach them but be very careful with the drinks, they would give him energy drinks and lie to him that he was too drunk for the 'task' ahead. They would later give him soft smooches to stupefy him in minutes.

If the energy drink trick failed, the lady would escort the man, incase he was single to his house and prepare eggs and coffee for him then add the drug.

The ladies were so dangerous that they would go with a man's trouser incase they stupefied him in his car to deter him from seeking assistance immediately he woke up.

After reaping their harvest in various clubs in a specific town, Muvota would transfer the ladies to another town.

Muvota had over 300 accounts in leading Banks to transfer the fraudulent cash to.

On one occasion, he 'recruited' 100 youths from Embu and lied to them that he was looking for jobs for them and they should buy new SIM cards. He later collected the simcards after ordering them to set 1212 as the PIN. The youths kept the deal secret until when some of them ended up being arrested after their names were involved in fraudulent transactions. Muvota would also use college students and pay them 5,000 for each account.

He was arrested a number of times but ended up walking scot free after paying complainants.