Dunia Inaisha? Man Caught Red-Handed Forcing Himself to a Disabled Woman as She Screamed in Pain 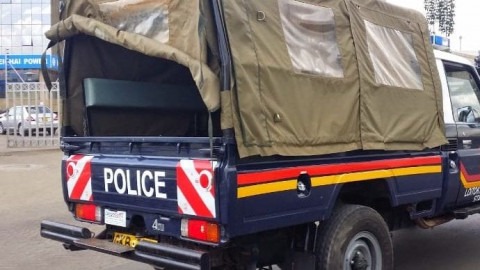 George Ouma is currently nursing injuries at a Busia County hospital after an angry mob gave him a dog's beating when they caught him forcing himself to a physically challenged woman.

According to the DCI report, the suspect was preying on the victim and took advantage when her caregiver had left her alone to buy some items from a nearby market. 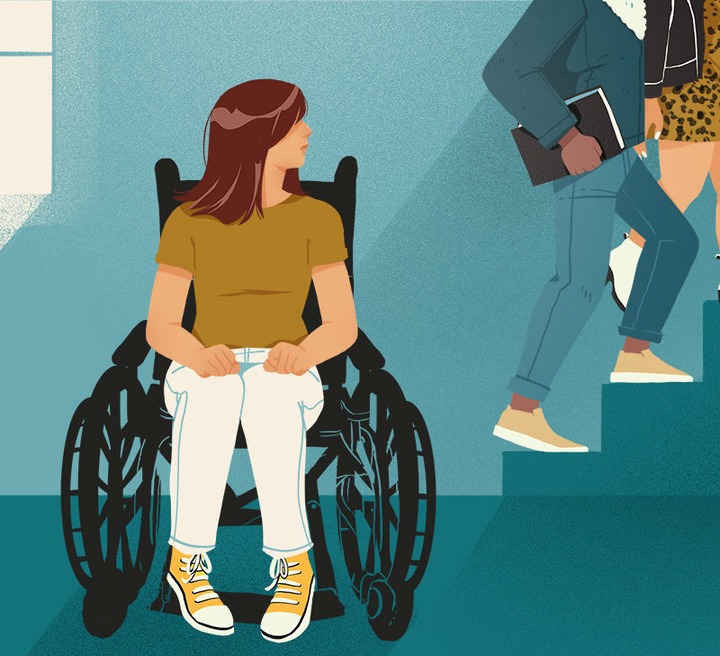 He is said to have sneaked into to house of the specially blessed woman when he noted that the caregiver had left the house.

He then pinned the woman down and forced himself on him as she screamed for help.

Fortunately, the caregiver returned in time and caught the man red-handed before an alarm was raised. 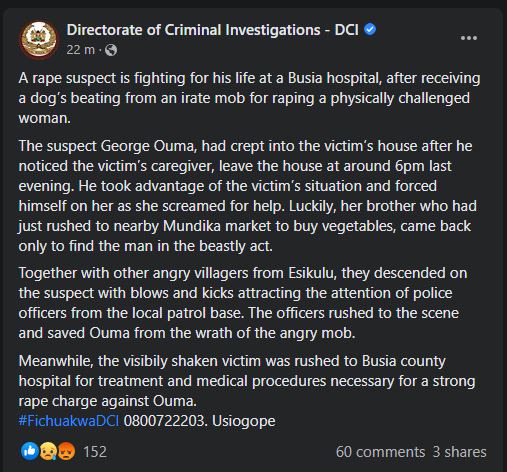 "Luckily, her brother who had just rushed to nearby Mundika market to buy vegetables, came back only to find the man in the act," DCI's report read in part.

DCI further added that, together with other angry villagers from Esikulu, the suspect was beaten black and blue before he was saved by officers who were patrolling in the area.

The officers arrested the suspect as the victim was rushed to the hospital.

Reports From Media Council Shows Who Is Leading Between Ruto, Raila And Wajackoya on Media Coverage