A boda-boda operator and his pillion were lucky enough to have escaped death by an inch after they were swept away by raging waters that had been brought by the ongoing rain in Kitui. 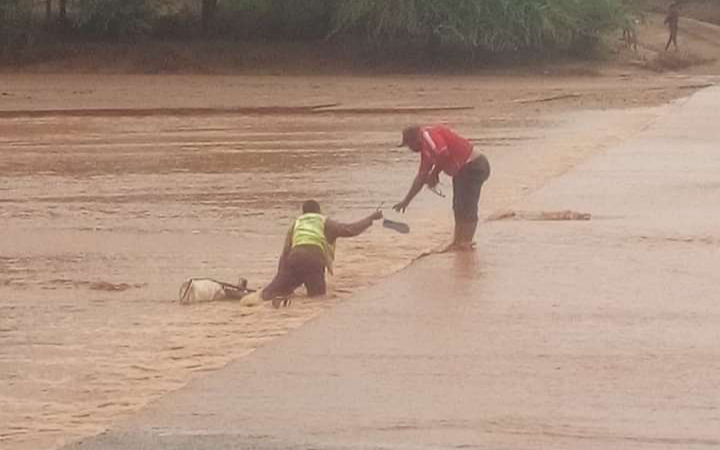 In an incident that happened today in the morning, it has been revealed that the Boda-boda operator was Ferrying his pillion to an unknown location before they were allegedly swept away by raging waters.

This was followed by a dramatic scene after they jumped off the motorcycle in attempts to get away from the water which was pulling them down to the deepest part of the river.

According to the reports given by a reliable source of information, it has been revealed that the pillion allegedly pulled the boda-boda operator out of the water after realizing that he was not going to make it out due to the fact that he had been overpowered by the water.

While reacting to this incident, residents of Kitui have called upon the county government of Kitui to provide a suitable solution for the increasing dangers that has been caused by the constant rainfall in the region. For most residents, they claimed that it was so unfortunate that most most people were suffering despite the fact that the government is capable of handling this situation.

A boda-boda operator and his pillion were lucky enough to escape death after being swept away by a raging water that was flowing to the river due to the increasing rain that is being experienced in the region. The two were heading to the other side of the road before the water swept them away. Luckily, the passenger who acted quick enough hopped from the motorcycle after which he saved the Boda Boda operator along with his motorcycle. Residents have been urged to be watchful. 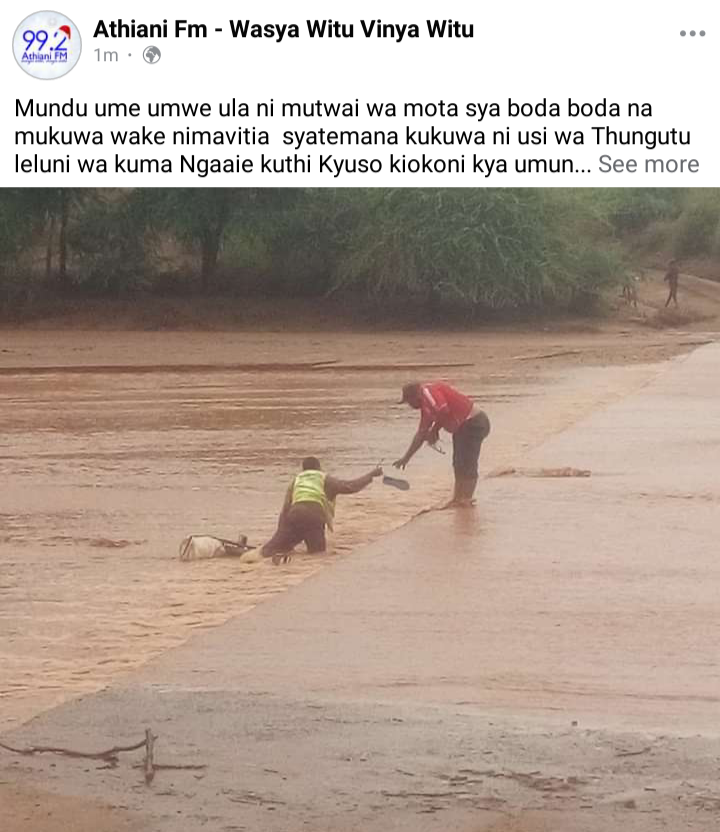