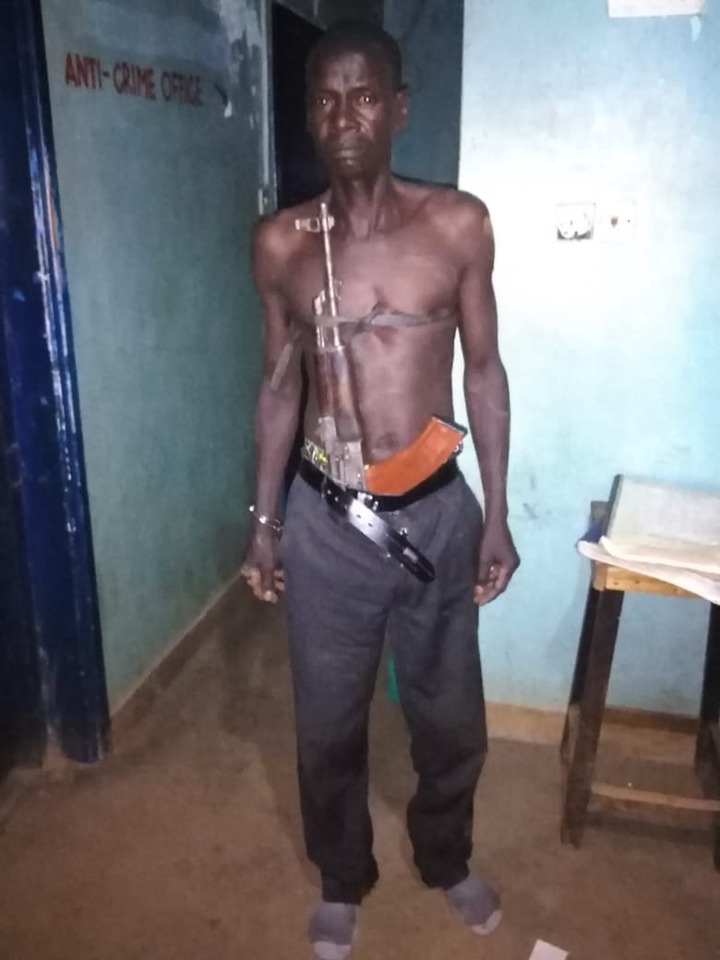 Drama has unveiled in Teso in Busia county after a man was found having stuck a fully loaded gun under his garments which has was risky.

According to a publication done by Citizen, it has reported that a Ugandan elderly man by the name Chandi John was arrested late on Monday night when riding a motorcycle. It has been revealed that the Uganda nationalist was with other men past the curfew hours where they were adamant on stopping the motorcycle after being flagged down the police. 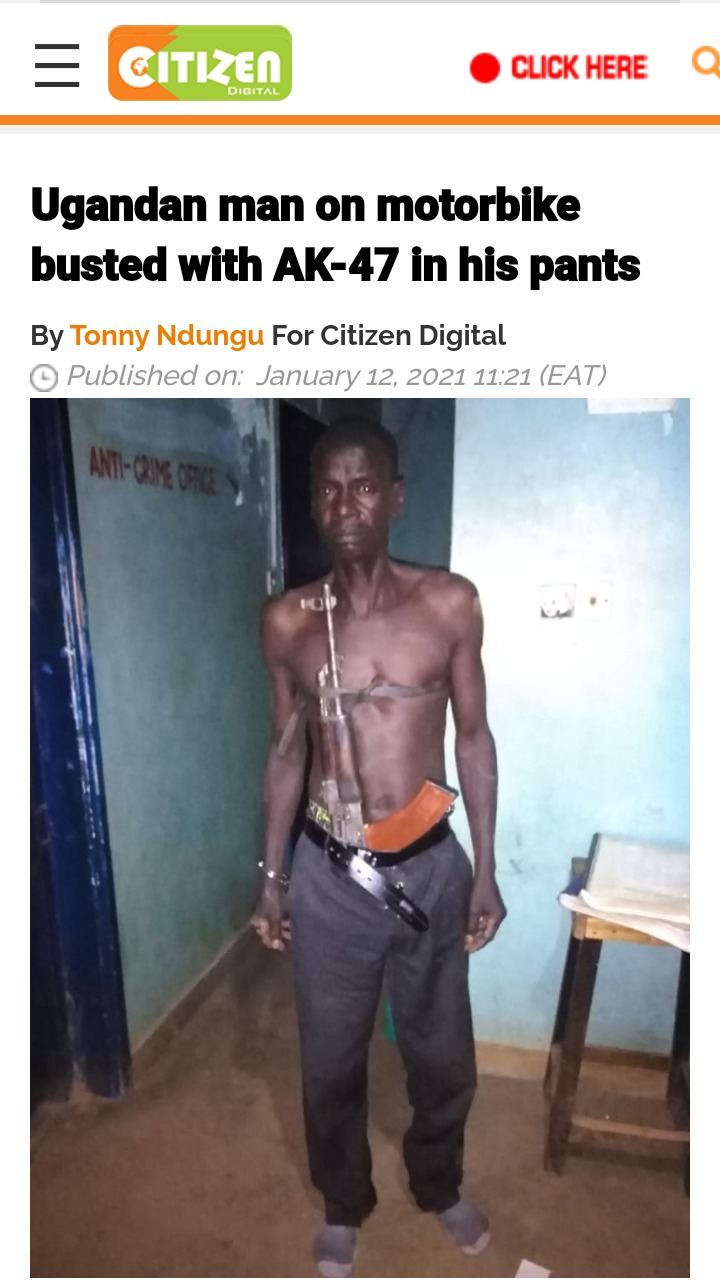 After a chase, the three were cornered where the police recovered Mr. John having an AK-47 stuck under his garment with a round 30 ammunition. The gun did not have a visible serial number so it was hard to track it down.

The whereabouts of the three are yet to be discovered for they have been adamant to reveals what there intentions were. The three are being held in Busia Police station.