By nziokajustin (self media writer) | 26 days ago 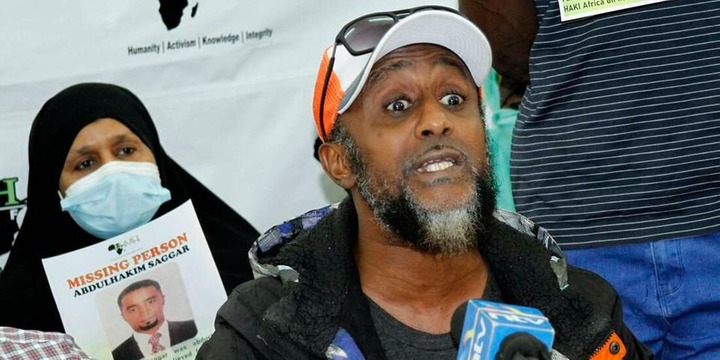 While the big question of who is abducting, detaining and releasing the abductees remain rhetorical, the kidnapping and sudden re-emergence of businessman Abdulhakim Salim Sagar and Somali scholar Abdiwahab Sheikh Abdiswamad remain a puzzle.

This is after the two (Abdulhakim and Abdiswamad) totally refused to disclose anything surrounding their abduction and release after spending days in the arms of their kidnappers.

Their families, friends and even legal representatives also refused to shed any light on their abduction and what they underwent under their captivity.

On Monday (yesterday), Dr. Abdiswamad’s wife Halima Mohamed confirmed his return, and that he was in good health. Abdiswamad was abducted along Tubman Road in Nairobi, and had been under abduction for 11 days.

Abdulhakim's family also repeated the same script that their kin had been freed and was safe. Abdulhakim got kidnapped in Mombasa on August 18, 2021 by people suspected to Anti-Terror Police Unit (ATPU).

“Physically he is okay but he is currently in the hospital for checkup. We are happy that our brother has returned safe and sound,” stated Abdulhakim's brother Faris Sagar.

Discreet sources have however revealed that Abdulhakim is currently in hospital nursing some injuries as well as effects occasioned by exposure to coldness.

Just like Abdulswamad, he was released on Sunday also and left near a forest in Voi town, Taita Taveta. His kidnappers gave him Ksh2,000 as fare back to Mombasa.

Law enforcers have totally denied any involvement in the abductions of the two. Hussein Abdinasir, the deputy Secretary-General of Jamia Mosque Committee was glad that the two had been released at last.

Hussein however urged the Directorate of Criminal Investigations (DCI) to investigate much concerning the abductions of the two.

IEBC Requirements For 2022 Aspirants After Degree Option Was Scrapped

Contents of a Letter Sent to Uhuru Which Makes Tuju Have Sleepless Nights Revealed, Senders Named

Eating Habits that Are Not Good for Your Health

Can taking lemon-water affect the Kidneys?