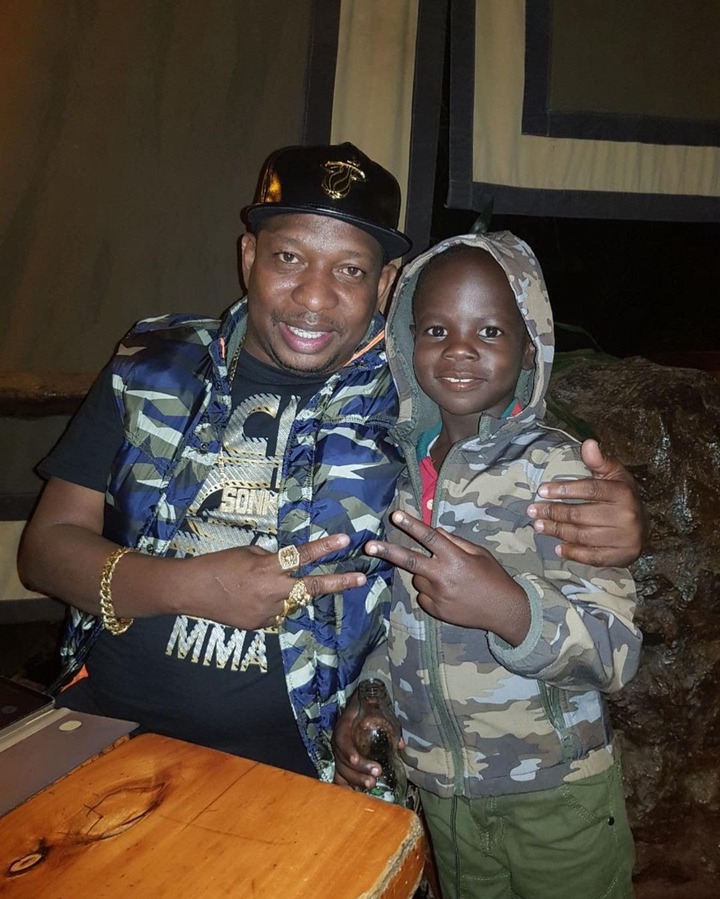 Former Nairobi Governor Mike Sonko has taken to social media to wish his adopted son Satrine Osinya a happy birthday as he turns a year older. Sonko said that ever since Osinya became part of his family 8 years ago after adopting him, he has been a source of happiness and a blessing.

Osinya also made Sonko's family complete, adding that he always feels lucky and blessed to have him around. Sonko further thanked God for saving the life of Osinya after he survived a deadly terror attack that left him with a life-threatening injury.

He affirmed his love for the 'miracle boy' as he turns 10 years old and wished him the best as he grows older.

Osinya survived a deadly terror attack when suspected members of Al-Shabaab attacked a church in Lamu and sprayed bullets on the worshippers. Osinya's mother died in the attack while trying to rescue him.

Osinya was 18month old when the terror attack happened. A bullet was lodged in his head but he miraculously survived after an operation.

Sonko adopted Osinya and his elder brother after they both survived the terror attack. Evangelist: Wearing Of Rings And Makeup Is Totally Unacceptable And Not Biblical

Mikel Arteta Close To Signing A Striker Who Could Be Arsenal's Saviour Next Season.

Today's Prayer Against Every Monitoring Spirit In Your Life