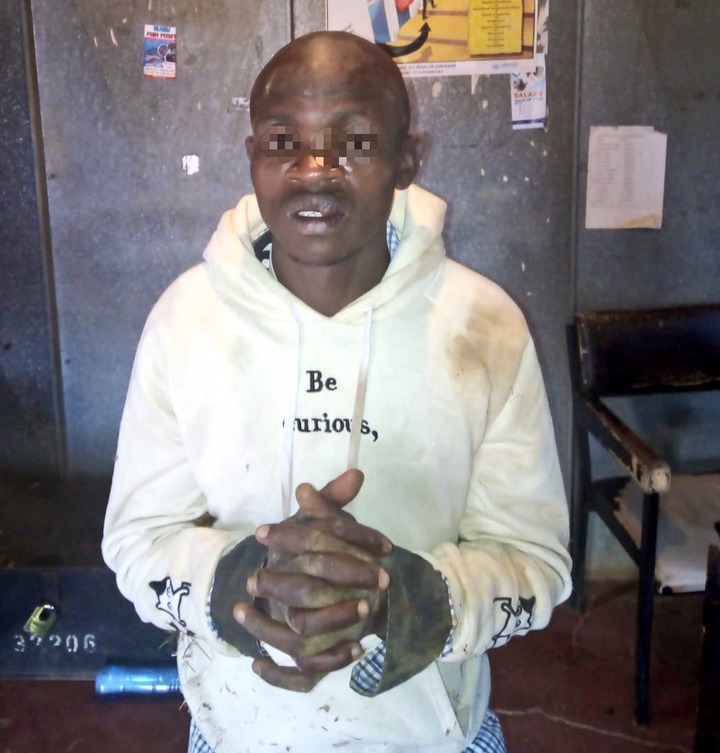 Paul Magara Morara, 29, has admitted to security agents that he has been beating women and defiling them before killing them. The locals of Kiambu have been taken aback by this man. Magara claims he has been murdering for profit. He has revealed how he was funded by a church suspected of occult practices. According to him, the church has been paying him Sh30,000 for each murder case.

Magara has told how he was brought to the religion by a friend last year. He was promised that he would be paid Sh30,000 for each kill. Magara claims that he was advised to kill women since they are easier to kill than men.

Magara was expected to bring the victim's blood-soaked underwear and return home with his Sh30,000 payoff each time he killed. 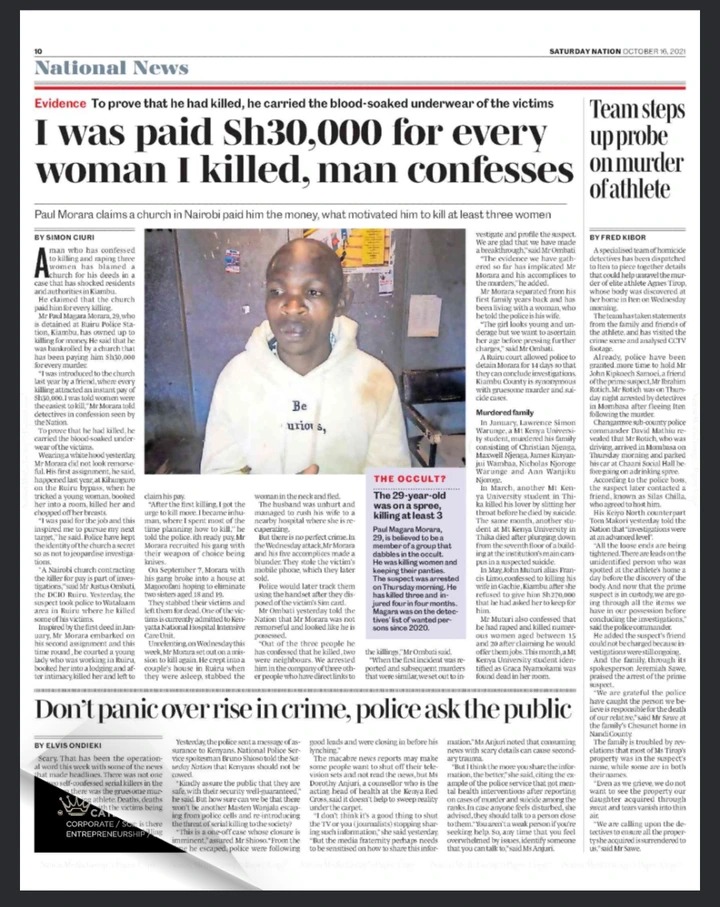 The serial murderer has revealed how he carried out his first operation in Kihunguro, which is located on the Ruiru bypass. He claims to have duped a young lady into booking a room. Magara claims he murdered her and dismembered her body. He claims that after the first person he killed, he felt compelled to kill more.

According to the police officers, they have kept the identification of the alleged church a secret so as not to jeopardize the ongoing investigations. 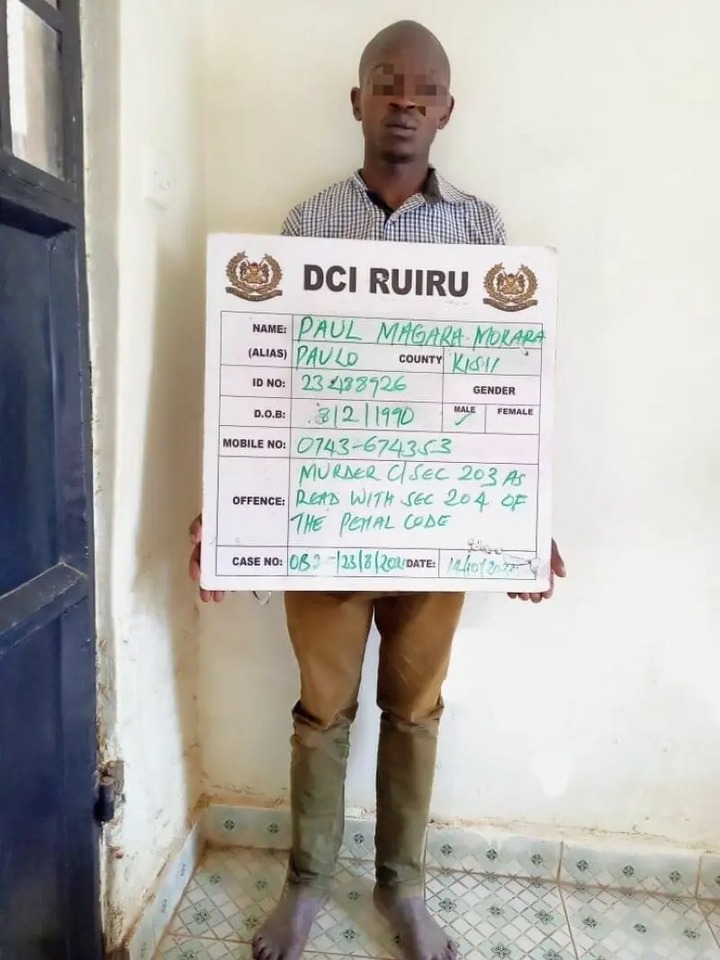