The Vocal and fearless human rights Activists, Boniface Mwangi has woken up to bad news after he Allegedly claimed that his house which is in Lukenya Machakos County was bombed late in the night by a group of unknown people.

Through his late night message, Mwangi Claimed at about 1am on Thursday the 21st of October ,2021, thugs stormed in his new house under construction and sunk the foundation by Allegedly bombing it.

Mwangi also cited that his workers were also robbed and left helpless. He Allegedly Accused the Machakos Governor Dr Alfred Mutua for his woes. He claimed he believed that Mutua is behind all this over the recent unfolding.

"I’m a resident of Lukenya , Machakos County. About two hours ago, Governor Alfred Mutua thugs bombed my house, sank the house foundation and robbed my workers. I can’t go there now for safety reasons. I know it’s Mutua because he is a molestor ..." Mwangi Wrote.

He called on the law enforcers to carry out the investigation over the matter and bring him justice. He said that all this was done because of his work which he said won't Stop. He added that he is even ready to pay the ultimate price .

" I still don't fear because the Lord is my shepherd, I shall not want, He shall protect me. Mutua won’t silence me like his victims! To the government, the bullets and the explosives remnants are in my compound. All l ask is an open and transparent investigation. If speaking truth will get me killed, I’m ready to die.." He added 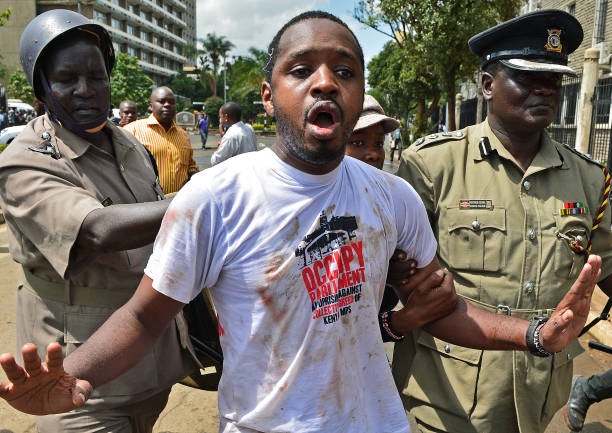 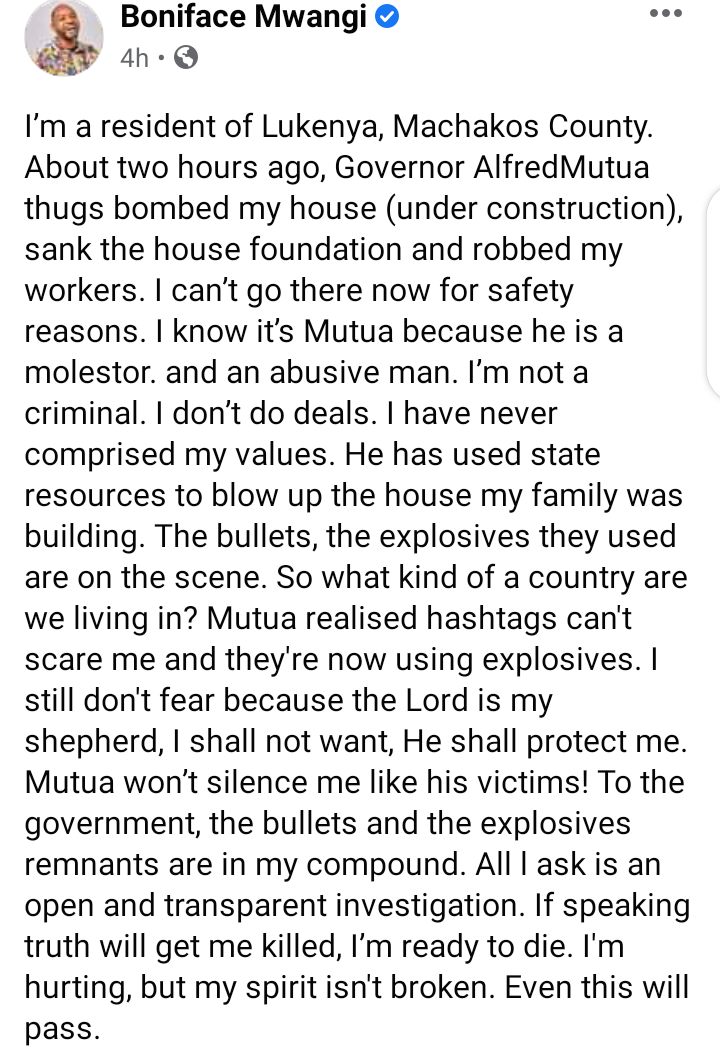 Do you want to look slimmer and curvier? 4 expert approved ways to burn and lose weight very fast

Was It Good For Parents To Choose For You Who To Marry?

Zora: Kwame Orders His Mother To Wash His Cloths But Zalena Will Not Spare Him

The man who returned lost and found 200,000 kenyan shillings to the passenger in Nairobi