Police officers from Maua are currently investigating an incident that happened today in the morning after a man is reported to have succumbed to the injuries inflicted on him by his friend.

According to the reports given by the directorate of criminal investigations, it has been revealed that the deceased whose name is yet to be disclosed had borrowed Ksh. 20 from his friend for unknown reasons.

However, he allegedly failed to pay on time in an incident that brought about a heated argument between him and his alleged creditor. Things would later get out of hand after the suspect allegedly got physical and started beating the deceased.

Seeing that he was going to get beaten up by the deceased who was too strong for him, the suspect called one of his other friend who helped him in beating the deceased after which they both fled from the crime scene leaving him in pain.

A few minutes later, concerned residents rushed him to the hospital after noticing his health which got worse due to overbleeding in attempts to save his life where he was receiving medical treatment before he was sadly pronounced dead.

This was followed by a dramatic scene after a number of police officers who were alerted by some of the residents launched a man hunt for the two suspects who had since disappeared into thin air. Luckily, the police were able to arrest one of the main suspects as they are yet to find the other one.

While reacting to this incident, a number of kenyans have urged the government to consider creating more job opportunities for the increasing rate of unemployed kenyans in the country. According to the reports given by most Kenyans, they claimed that this was the only way in which the government was going to get rid of the already increasing rate of crime in the country. 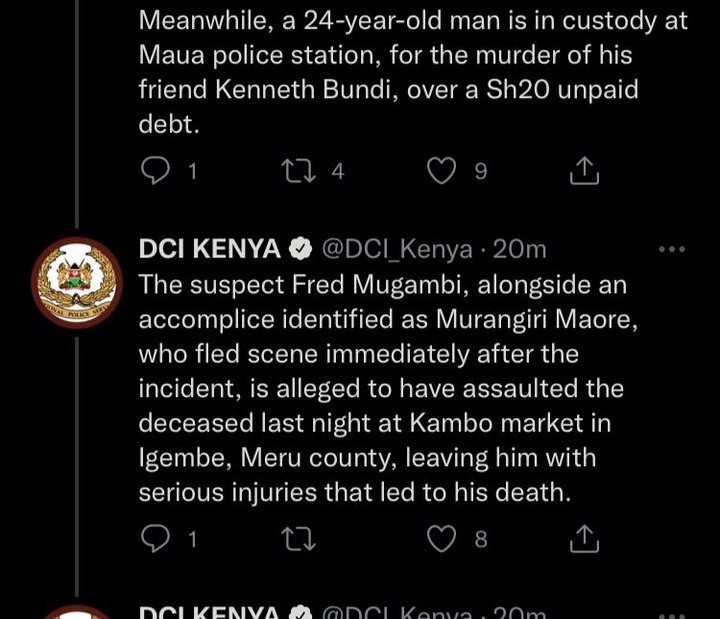 Vera Sidika Imports Organic Diapers Worth 19K Ahead Of Her Delivery