Detectives in Trans Nzoia county are investigating three police officers for allegedly beating a civilian to death,in a report seen by a local digital media outlet it was revealed that three law enforcers accosted two men and started beating them without any valid reason,the deceased whose name was upheld was in company of Antony when they were heading home but they were stopped by the three law enforcers who started harassing them before they started landing kicks and blows to them. 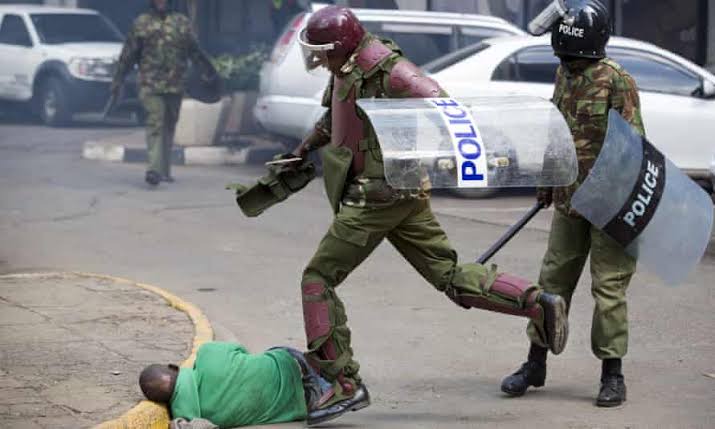 The witness was identified as Antony narrated to detectives from the crime unit that after being beaten thoroughly with the officers they picked a motorbike and left,Antony later called relatives of the deceased who took him to hospital but he later came to learn that his friend had died from injuries he was inflicted by the three law enforcers,he added that his friend kept on complaining from injuries he was given by officers.

The three law enforcers are currently being held at Kitale police station as they continue being grilled by detective who believe they are responsible of killing an innocent man.

Sad News as Two Perish, One Seriously Injured in a Grisly Road Accident in Naivasha

Family of six goes blind and one dies