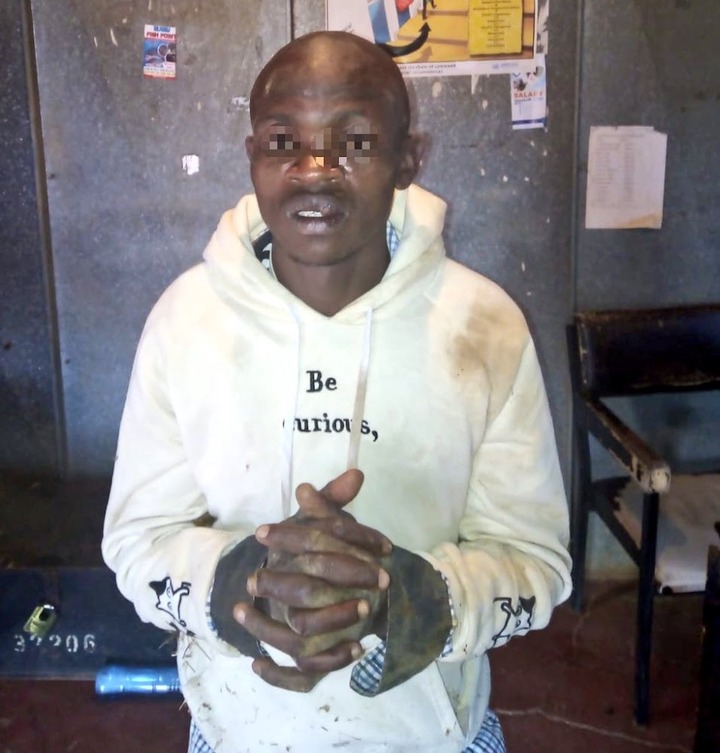 Just 3 days after the murder of another serial killer in Bungoma by angry residents who stabbed him to death, another shocking testimony of a serial killer in Ruiru comes out. In a confession to the police, the suspect claimed to have killed at least three women and attended their burials.

Ruiru DCIO Justus Ombati said the suspect mostly attacks light-skinned women within the slums in the wee hours of the morning when he would gag and drag them to secluded area. “The suspect has confessed to being involved in various assaults, rape, and killings from two years ago.”

As if this is not enough, he added that there are churches within Nairobi that hires them to kill these innocent women. We all know that the church is in house of God meant for prayers. Why should the same church higher people to be murdered?

In a report over a Facebook page, he is seen confessing here that he was not the only serial killer hired. They are many in different areas within Nairobi. He happened to be assigned in Ruiru because this is where his parents live too. It was even easy for him to commit the crime procedures under his parent's shade without much suspension. 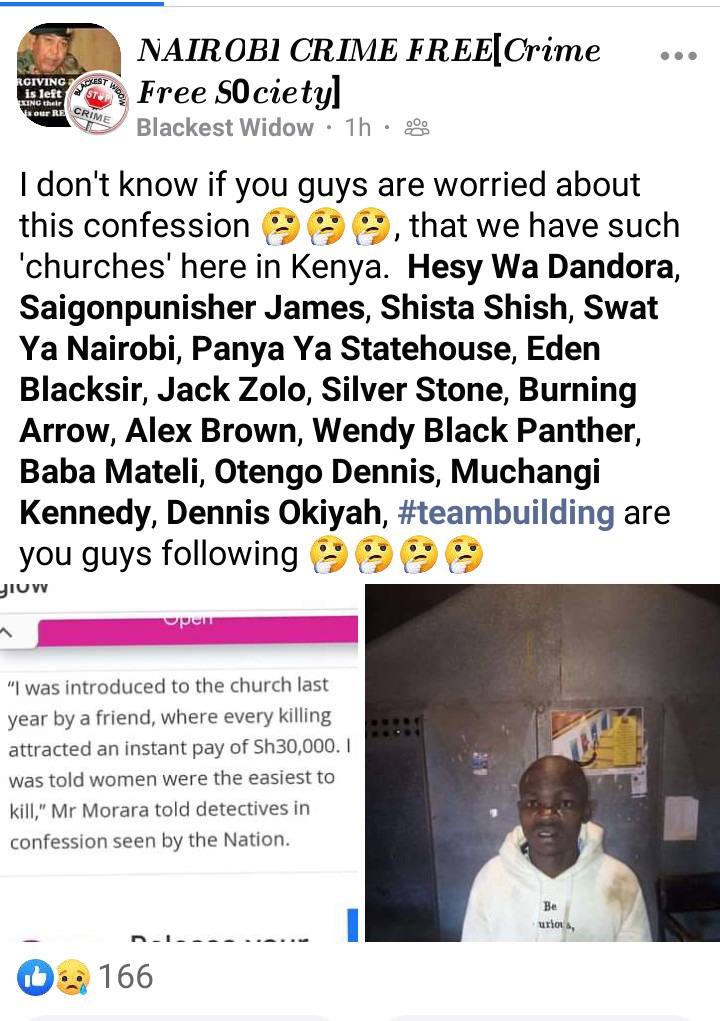 Just wondering like you readers what did these churches gain in return after successful murders? Is it sacrifice or there is something concealed behind the scenes?

According to police, the suspected serial killer has been posing as an electrician walking around with a bag that contains a hammer and other equipment believed to be part of his weapons. The suspect told the police he has strong urges to spill human blood and that evil spirits push him to kill more often.

“In his confession, the suspect admitted that he visits scenes of crime when the police come to collect the bodies,” said an officer privy to the investigation.

The latest victim that the suspect attacked on Wednesday night is recuperating at the Kenyatta National Hospital. During the arrest, the main suspect was found in possession of women's underwear.

These are tragic wonders that will never end. Doing all these because of the church? I can't even believe that the church of God can hire criminals to murder people. Don't forget to follow my channel for more updates like this one. Thank you for reading too!