By Aalganon (self media writer) | 5 months ago

Francis Atwoli road sign has continued to cause chaos as fresh details keep coming up. Many people have been opposing the naming of a road after him saying he is not worth. Boniface Mwangi has always openly proved to be among those who are against this by promising to vandalise it.

Boniface Mwangi has attacked Prof. Makau Mutua for trying to defend Atwoli over his signboard. Boniface Mwangi said Makau is also a bad person just like Atwoli is said to be quoting these words;

"[email protected] shares traits with @AtwoliDza, he is the Mugabe of @thekhrc. Every founding member of the Kenya Human Rights Commission left but Makau has refused to step down as chair since 1992 The other four are, Maina Kiai, Willy Mutunga, Kiraitu Murungi and Peter Kareithi," Boniface Mwangi posed. 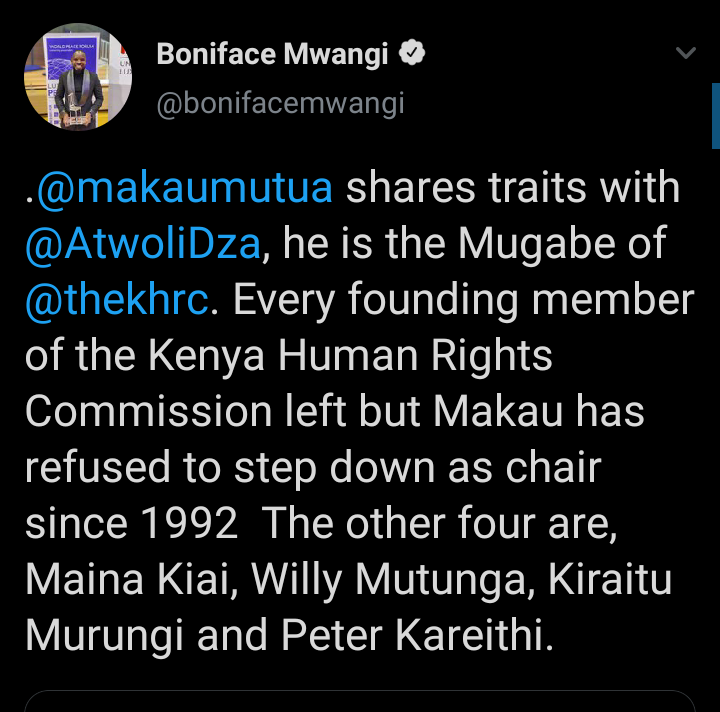 "WHY are folks vandalizing and burning the @AtwoliDza road sign? Aren’t there more despicable characters for whom streets, roads, institutions, landmarks, natural features, monuments, and buildings are named? Cut the brother some slack or be consistent. DEBATE — intelligently," Prof. Makau Mutua wrote. 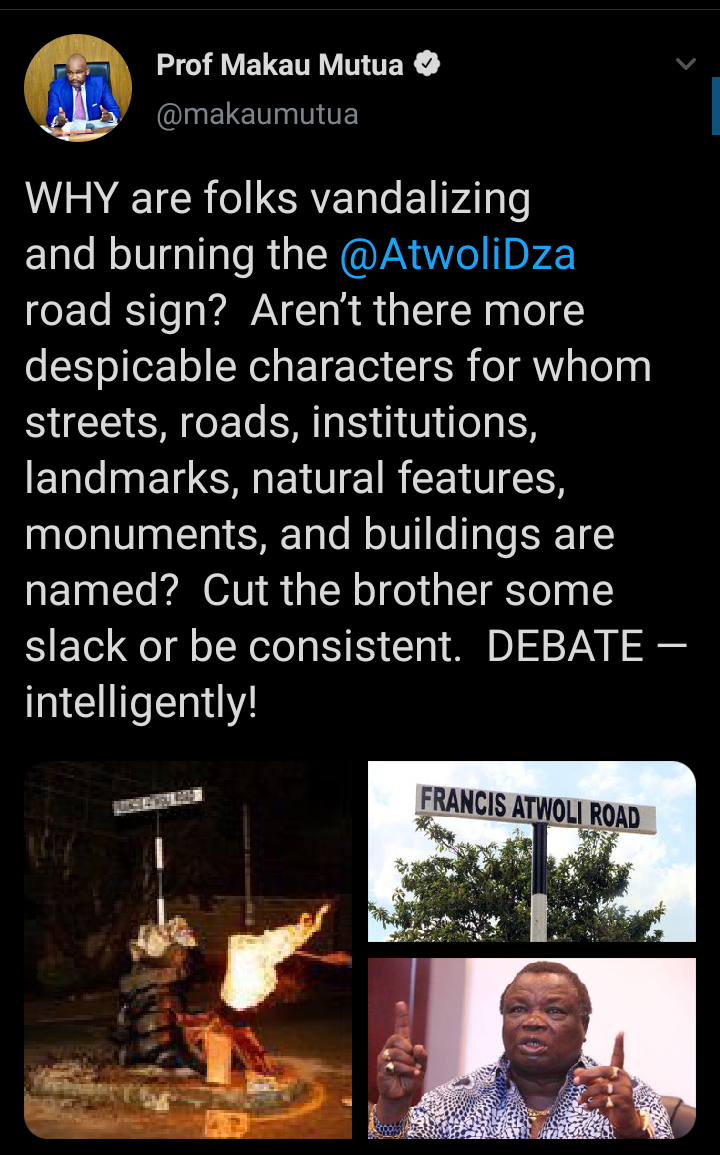 This is something that has triggered internet uproar as people seem to posses different views on this. Many have proved to be against this. Look at the attached screenshots. 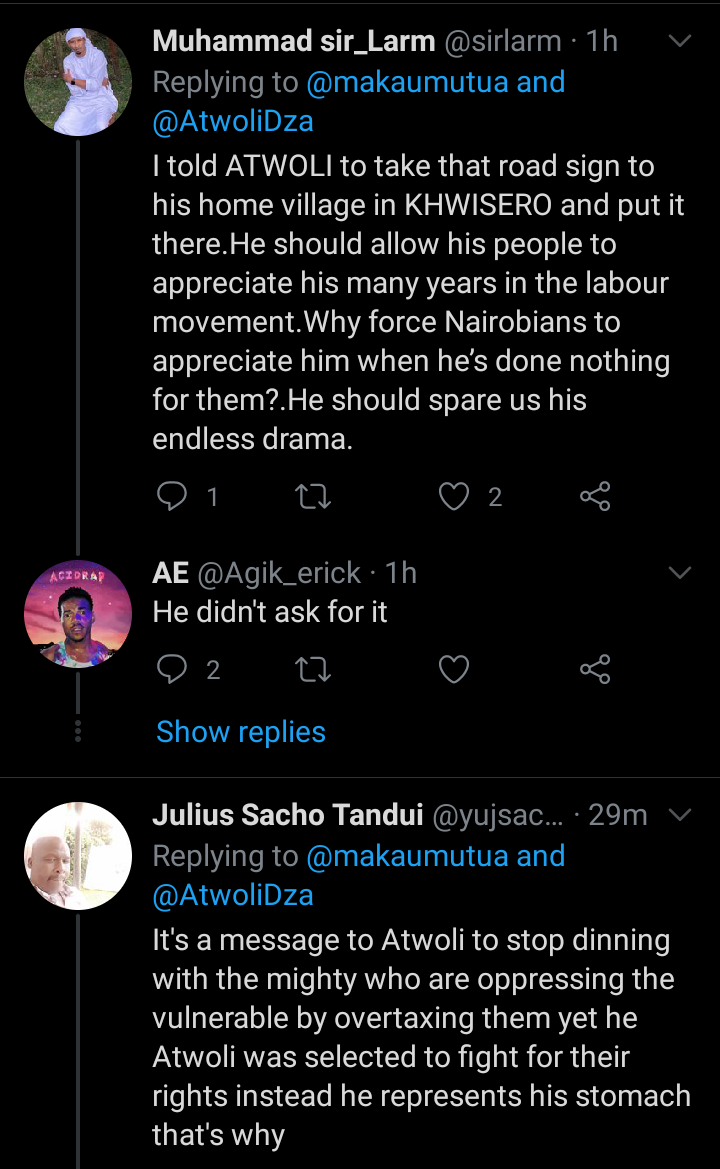 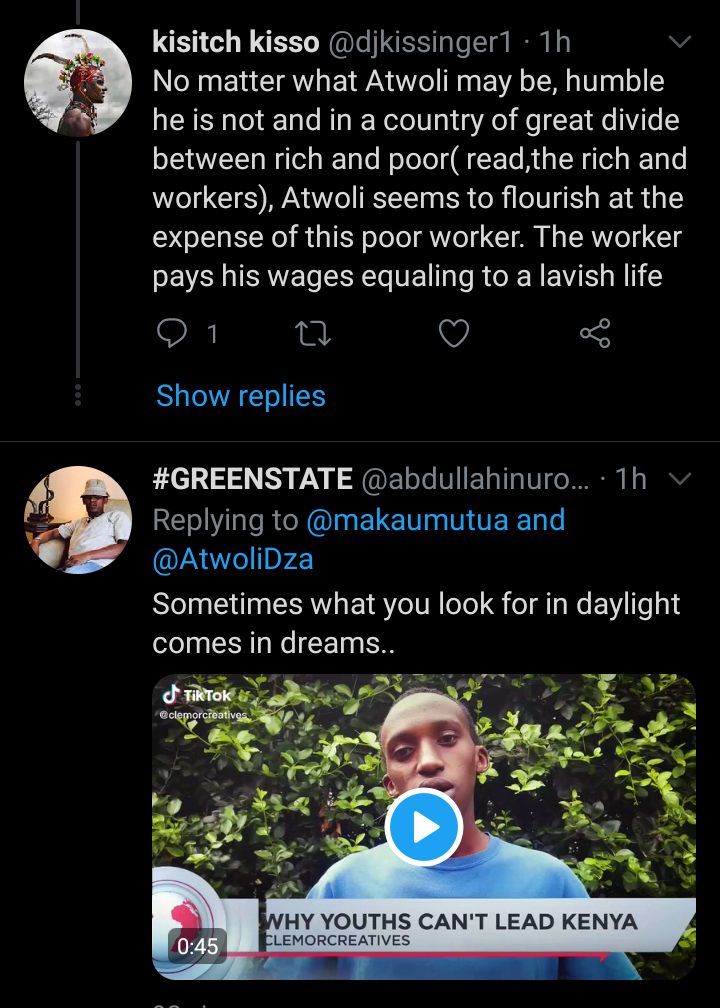 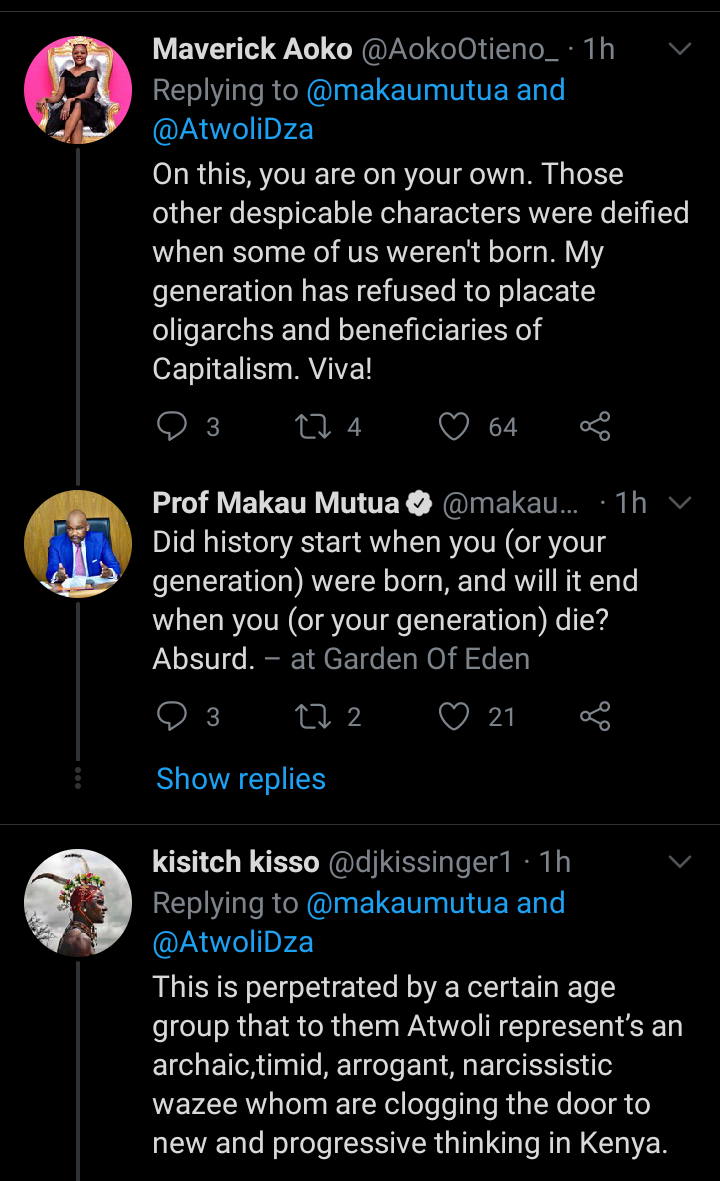 Revealed: No Direct ODM Ticket to Odinga, Details Emerge of Subjecting Him to Competition