By Singoekiprotich (self media writer) | 7 months ago 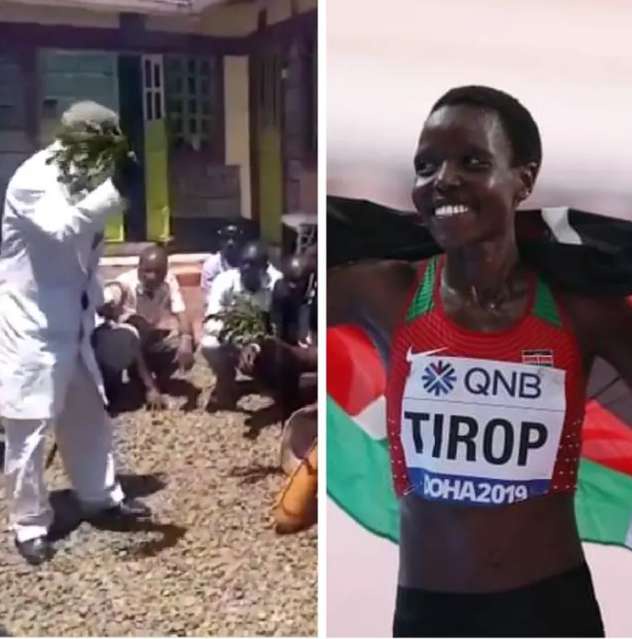 Elders from the Kaplel clan in Nandi County conducted a cleansing ceremony in the house where late athlete Agnes Tirop was allegedly killed. Elders dressed in special attires which includes a white robe and everyone was supposed to observe the traditional event from a distance simply because only elders were allowed at the scene.

Tirop was murdered a few days ago with the main suspect being her lover who was nabbed trying to flee the country in Mombasa. He is expected to be arraigned in court as soon as detectives and police officers complete the investigation concerning his death. 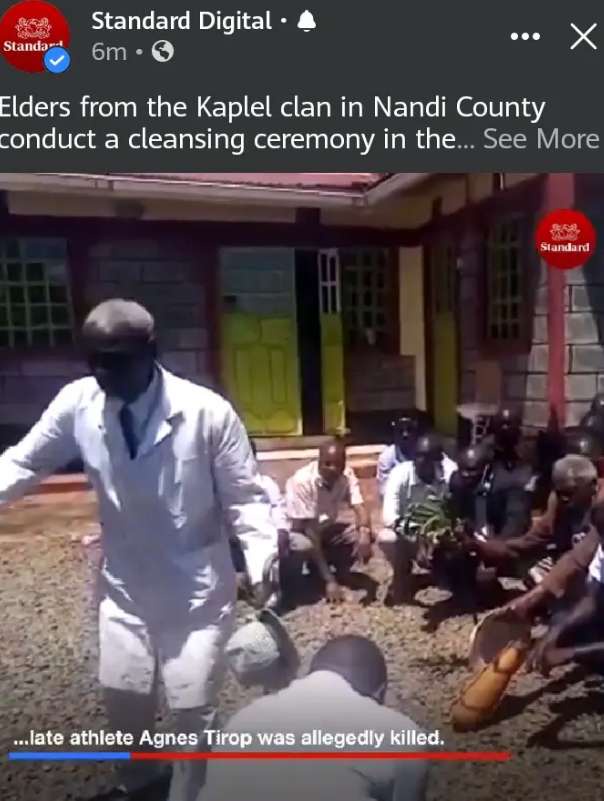 Reports by the police indicated that the young athlete was stabbed several times in the neck causing her death. However, postmortem will be done to what caused her death. Detectives managed to obtain Cctv Footage that will aid them in recounting the last moments before Tirop' s life was ended prematurely and they revealed that it will be a breakthrough for this case.

Her parents have been calling for the government to intervene and make sure that all the property that Ibrahim Rotich who is the wife of the deceased should be confiscated from him. 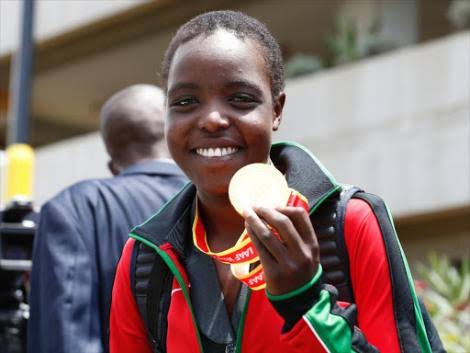 The court declined to award Ibrahim Rotich cash bail instead he urged the police officers to determine him for the next 20 days so that they received all the investigation from the Detectives and police officers. Furthermore, he ordered for a mental check- up on the suspect who was arranged in court with his accomplice.

He will be remanded for several more days as the prosecution side prepares a more rigid case against him. So far three people have been arrested concerning the murder of Tirop and they will face the consequences of the law if they are the ones behind Tirop' s death. The big question is will the family of Tirop get justice for their daughter?