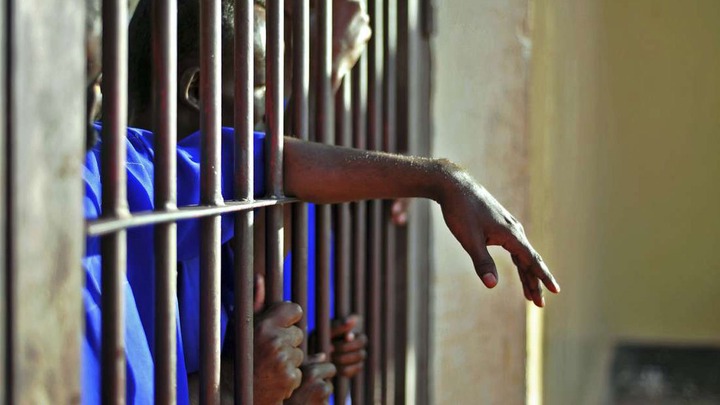 Kenyan security officers have in recent days been battling more criminal activities than never before. This may have been brought about by lose of employment by many youth after Coronavirus struck the country.

Statistics from Police shows that Nairobi is leading in the number of criminal gangsters, with areas like Eastland’s Dandora, Umoja, Huruma and Kariobangi being major hideouts for hardcore gangsters.

Not a single day passes before you hear a civilian or member of security forces including police, have had a nasty encounter with hooligans in the listed areas above.

Again, not a single day would pass before you hear a member of a certain gang of criminals has been killed, be it through lynching by mob justice or by famously known self-proclaimed crime busters called Hessys.

Regardless of the same, Kenya will never forget the following criminals who went ahead to do humanly unthinkable hence termed the most dreaded criminals of all time. 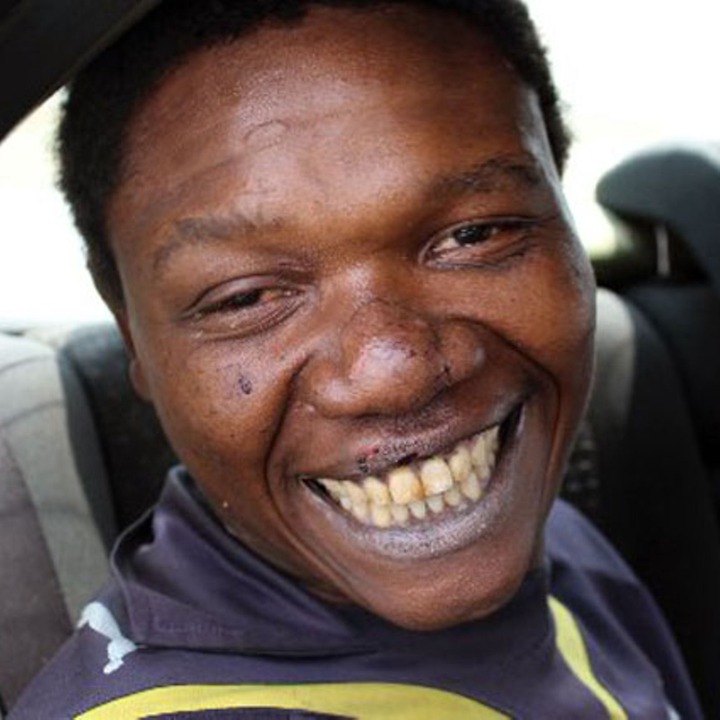 Naivasha’s self-confessed ‘vampire’ Geoffrey Matheri codenamed Fungo Matheri is among the most feared serial killer of all time in the country.

He was arrested in 2008 after two women were rescued from a house in Naivasha’s Kihoto Slums in deplorable health condition.

They narrated their horrific encounter with the criminal to police whereby they said they had been kidnapped, [email protected] and drugged by the suspect who drained and drunk their blood as they watched.

Just days after being released from jail in July 2016- with what the court termed as lack of proper evidence to convict him- Matheri was attacked and beaten up to a stupor by angry Kinangop villagers who were baying for his blood after getting wind of his whereabouts in the area.

The Irate Rwanyambo residents cornered Matheri when he had gone to visit members of his family.

He was rushed to Engineer Hospital with severe injuries and then later referred to Naivasha District hospital.

According to his relatives, Matheri visited them soon after his release fearing for his life.

According to a relative, he spent three days in the house saying he was afraid of being seen by people.

His fears were confirmed the first day he ventured out of the house, by being attacked by the mob. Grapevine also had it that some of the attackers were police officers. 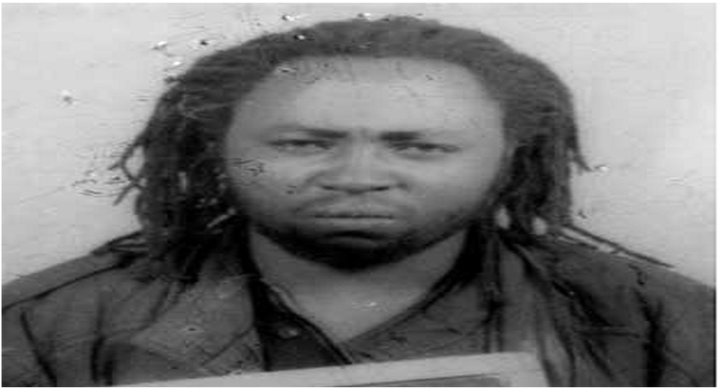 This hardcore serial killer was killed in a hail of bullets by police officers who had been tracking him in the year 1997.

Rasta went into the proscribed record as a no-nonsense criminal who hated opposition from his band of followers.

He even executed fellow criminals as well as police informers who he regarded as a threat to his activities.

Rasta led a 4- member gang of hard core criminals who included his lover.

Two years after his death, she was arrested and jailed for seven years imprisonment a botched robbery on an armored vehicle.

The other members of the gang were namely; John Kibera, the famous coffin robber who later reformed after escaping death by a whisker. The last member, Timothy Ndegwa, is currently serving a life sentence at Kamiti Maximum Prison charged with felony. 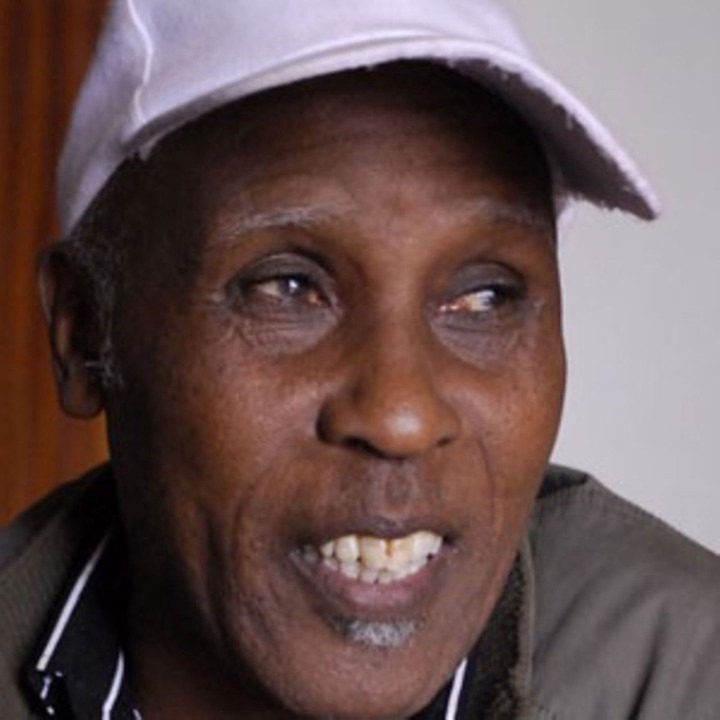 In 1986, he was named among other members accused of planning to dethrone the then president, the late Mzee Daniel Arap Moi.

It is while in prison that the seasoned bank robber wrote several books of his life in crime. They include My Life in Crime, which was his most outstanding book.

Kiriamiti was pardoned 13 years into his sentence for portraying good conduct.

Wacucu was part of a criminal gang that reigned for almost a decade in the 80s to the 90s.

He left a series of armed robberies, bank heists, and manslaughters in his wake.

Initially a matatu driver, he skillfully engaged the police in exceptional chases though they finally caught up with him in 1996 at Ongata Rongai -Kajiado County. 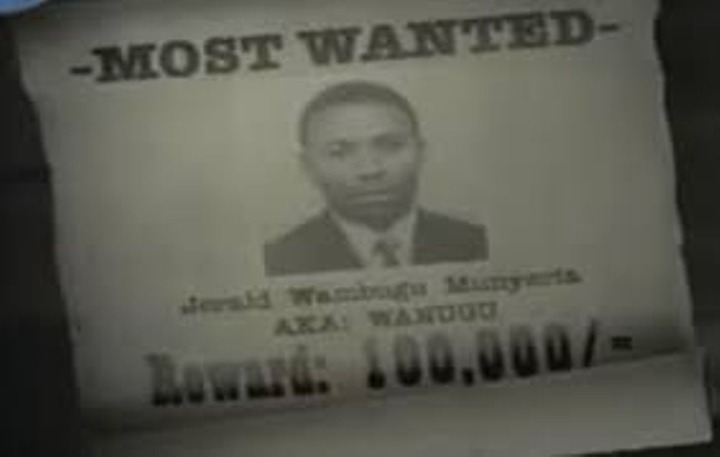 On August 21, 1995, police commissioner Shadarack Kiruki made an unusual announcement; he named three people as Kenya's most wanted gangsters.

The three were named as notorious gun lovers so slippery that they killed several GSU officers, CID officers as well as several motorists during violent carjacking.

They also staged successful but bloody bank heists, and the loot was spend on guns, beer, and women in that order!

One publication had once described them as the trio who loved guns, women, and rogue cops.

Their looting spree, however, would come to an end when a squad was formed to track and kill them.

6 months after the killer squad cornered and killed Wacucu in Ongata Rongai, Wanugu was also promoted to glory in Nakuru's Kabatini center where he was having fun with a floosy.

It was a battleground as Wanugu ducted bullets using his woman as a human shield. When the magazines became empty, and the dust settled, the hardcore gangster lay lifeless on the ground.

Beside him in a pool of blood lay the last woman to have spent his time with. 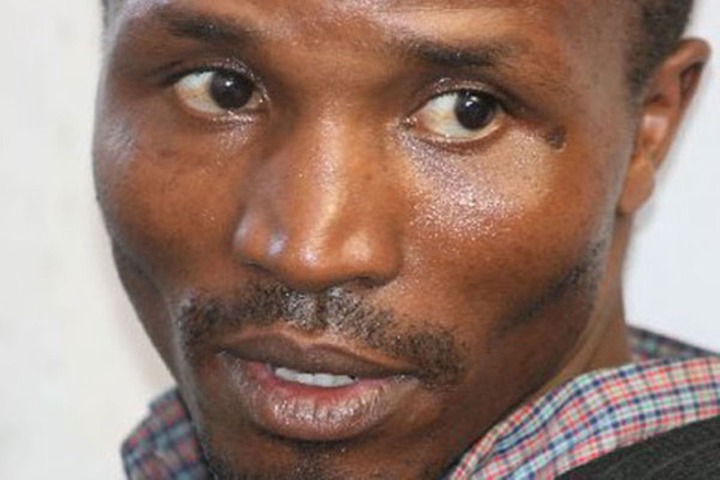 He was infamously known as a self-proclaimed vampire serial killer.

His criminal life was terrifying and most brutal of all time.

Onyancha pleaded guilty for killing and drinking the blood of his victims who were mostly women, in what he claimed was a satanic ritual.

During his trial, he confessed to police for killing 19 people. His target though, was to butcher 100 innocent souls.

This, he said, was in line with what was required of him by a money ritualist who had ordered him to drink human blood for good fortune.

He said he was recruited into the cult while at school by a teacher, who was also taken into custody after the chilling confession.

Onyancha confessed to have murdered several prostitutes and street children.

He led detectives to various places where he had buried remains of his victims.

He is currently serving a lifetime imprisonment.

Peter Mwea code-named Wakinyonga was an infamous bank robber and a cold-blooded serial killer. His last name-Wakinyonga is Swahili for strangling.

Wakinyonga is regarded by many gangsters as their ‘godfather’ due to lots of thugs he influenced.

Wakinyonga managed to make away with millions of shillings from various banks countrywide.

He was promoted to glory in 1978 after a dramatic gunfight with the police at a club in Kangemi area of Nairobi. 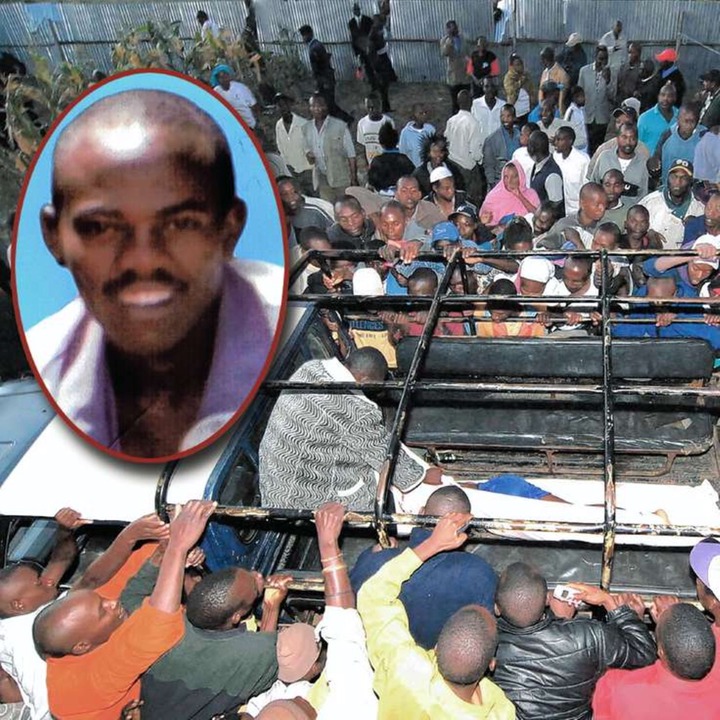 This was another terrifying hooligan who, surprisingly got only a 5- year jail term at Kamiti Maximum Prison for arson.

The criminal was in the year 2017 sprayed with bullets in a police swoop of over 100 police officers who, after killing him, forgot to remove handcuffs from his hands.

His death made international headlines.

Tension In Kisii Ahead Of Tuesday By-Elections See Details

KDF Issues A Warning To Kenyans Who Do The Following