By TheDailyScoop.com (self meida writer) | 13 days

Detectives have been working hard to get justice for 8 years old Shantel Nzembi who was abducted and brutally murdered a few days ago.

Several suspects have been put under police custody as the DCI detectives are interrogating them to get the truth behind the brutal murder of the innocent child. According to K24 news reports, a detective privy to the case has given new details surrounding the inhuman act on baby Shantel. 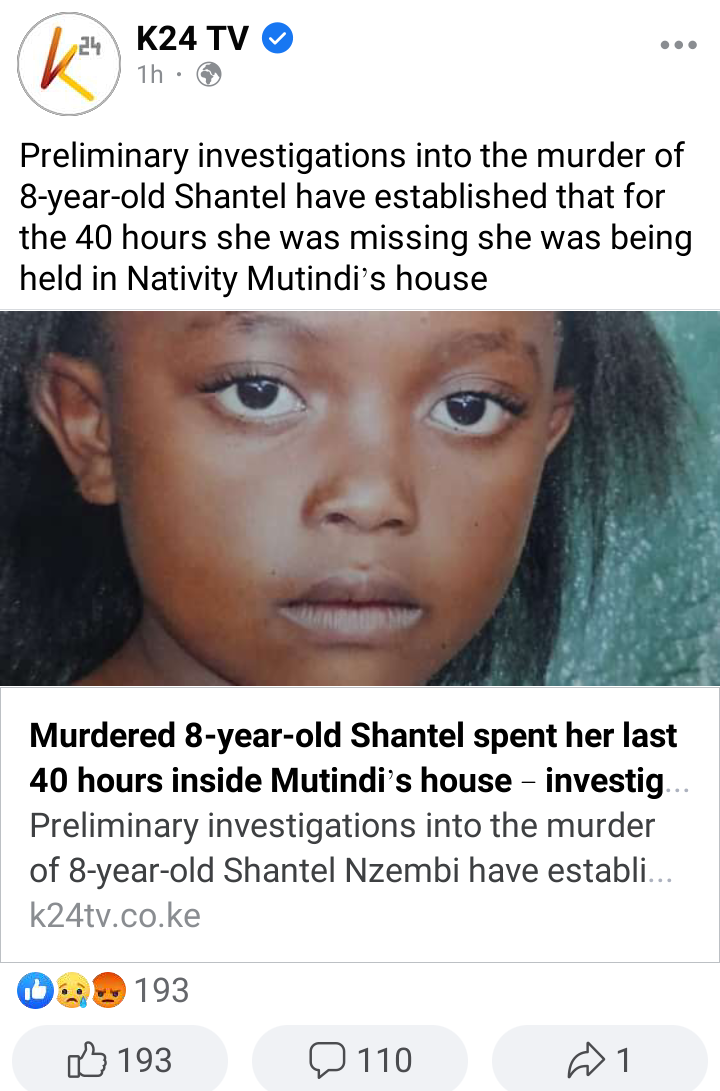 The detective revealed that Shantel Nzembi spent the 40 hours she went missing in the house of Nativity Mutindi's house where she was held captive as the assailants were demanding for ransom. 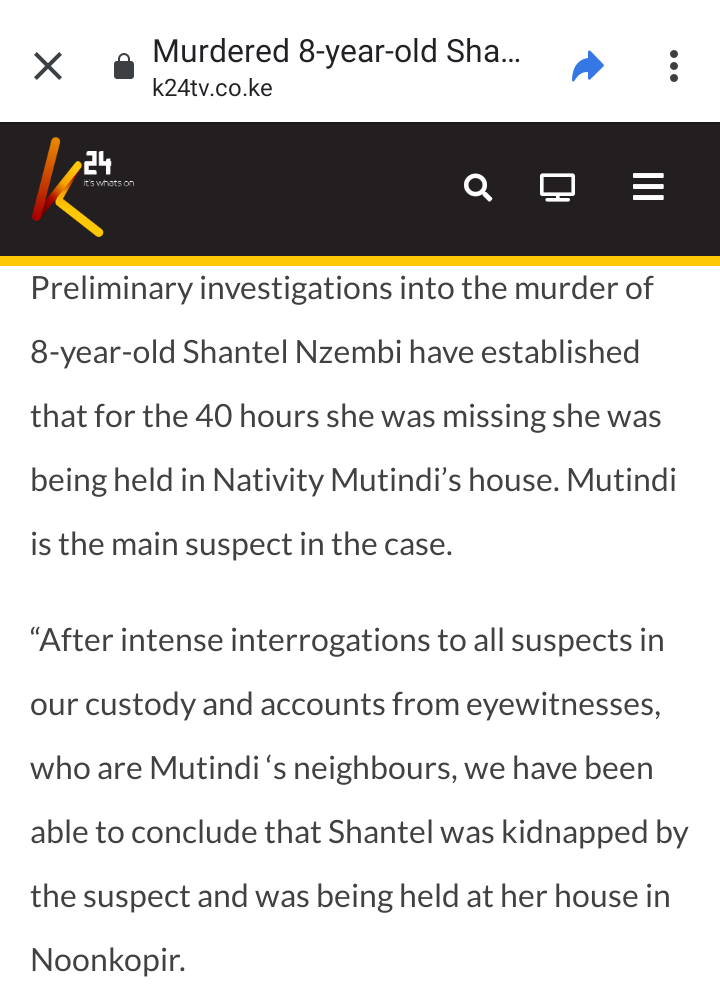 The detective stated: "After intense interrogations to all suspects in our custody and accounts from eyewitnesses, who are Mutindi ‘s neighbours, we have been able to conclude that Shantel was kidnapped by the suspect and was being held at her house in Noonkopir."

This is a new development which will pave way for justice to take it's course as Shantel Nzembi was found brutally murdered and her body dumped in a sack in Kitengela area.

May justice prevail as Shantel rests in peace.