By Djrhymez (self media writer) | 8 days ago 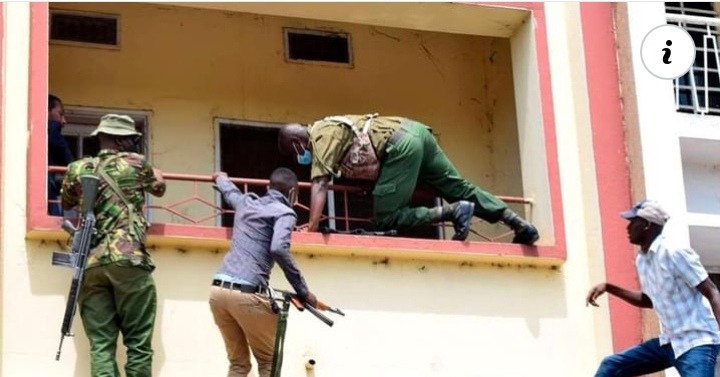 After over 5 hours in a deadly and confusing bank heist in Kisumu, police officers managed to quell the situation with all employees rescued from the horrifying ordeal safely

According to previous sources four armed thugs walked into the bank disguised as customers before they threw tear gas canisters.

However minutes into the raid, cops responded quickly and engaged with the said thugs in long hours stand off.

After a frantic search all over and around the building, cops only emerged with a shirt which reportedly belonged to one of the thugs. 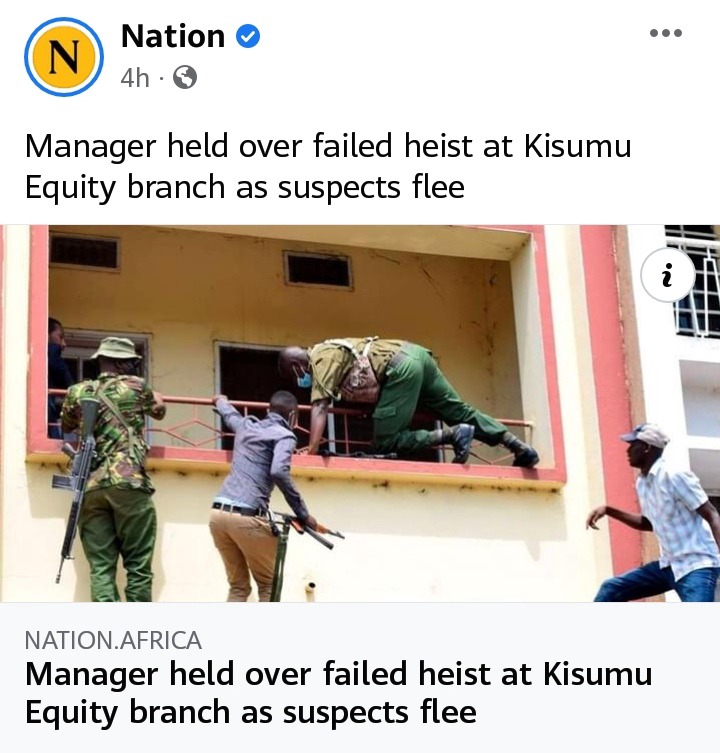 However, The Nation has revealed how these thugs easily walked out after a Cctv Footage was reviewed.

It is believed that the suspects escaped in the ensuing confusion. Fortunately, nobody was injured during the standoff.

According to Nyanza Regional Commissioner Magu Mutindika, police officers are still holding several people who were at the bank during the incident.

Mr Mutindika said the suspected robbers might have escaped during the tear gas canister scare inside the bank.

The CCTV footage captured a man changing his shirt before swiftly moving down to escape in the ensuing confusion.

From the investigations, he said police will establish who were people involved in the attempted robbery. 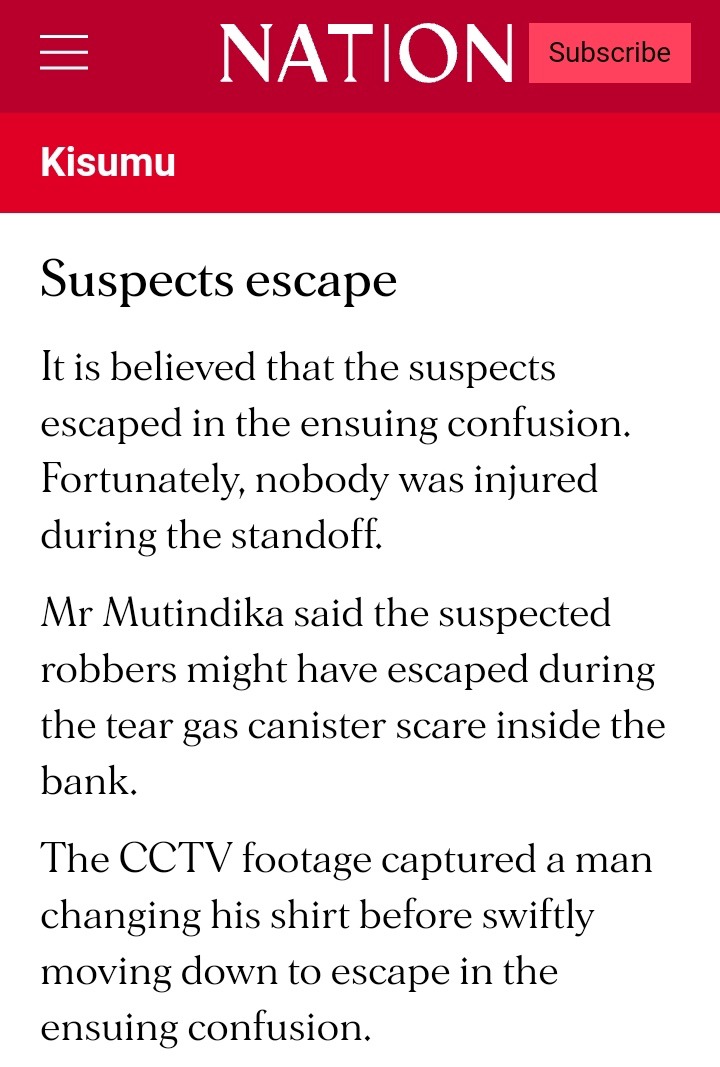