Police officers from Huruma have arrested a man who allegedly beat his 23 year old wife to death.

In a news report that has been shared by a reliable source of information, it has been revealed that the suspect who has been identified as Robert Muoki allegedly got home and attacked his wife for unknown reasons.

According to the reports given by the police, it has been revealed that the suspect was drunk at the time. A news report that has been shared by a reliable source of information has revealed that the victim was rushed to the hospital where she died.

Addressing this issue, police officers have revealed that the suspect was arrested and taken to the police station for more investigation and questioning over the same incident. 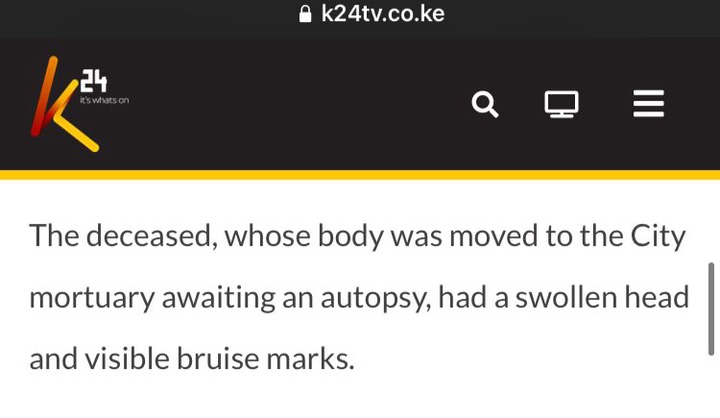 While reacting to this incident, kenyans who took to their different social media accounts to express their opinions and suggestions on the matter have called upon the government to address the increasing cases of gender based violence in the country due to the fact that Alot of people are currently Loosing their lives in the process.

According to the reports given by most Kenyans, they claimed that it was so unfortunate that the government is yet to do something about this despite the fact that Alot of people are currently being killed by their partners in different parts of the country. 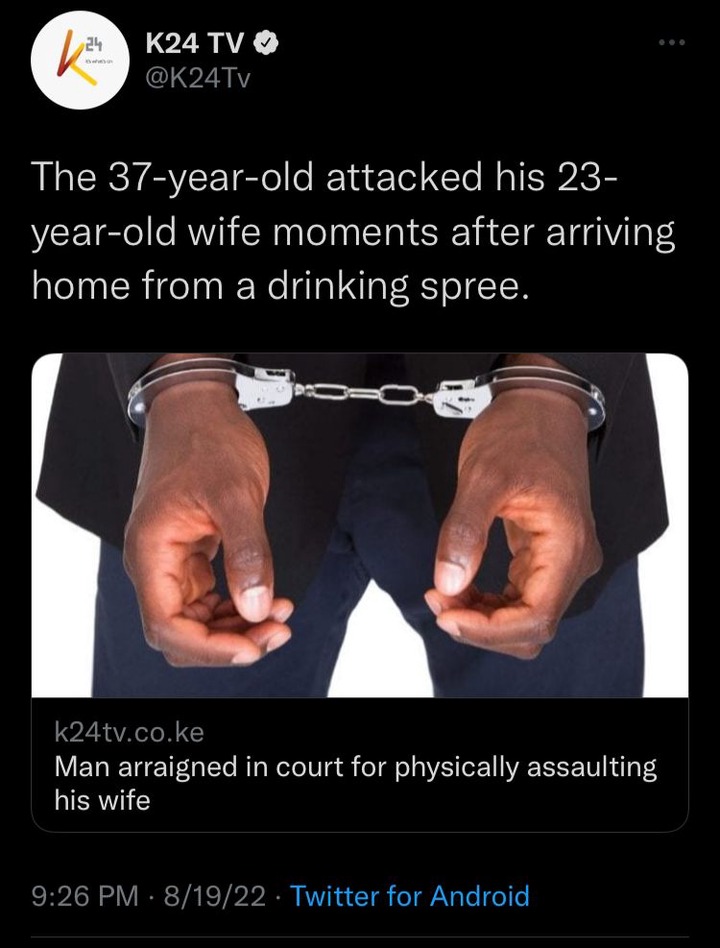